Dunkin’ Donuts announced Wednesday its plans to eliminate all foam cups in its global supply chain by 2020.

The Canton-based company said it will begin the process of getting rid of all of the polystyrene cups starting this spring and will replace them with a “double-walled” paper cup in its U.S. restaurants.

Doing away with the classic containers will remove nearly 1 billion foam cups from the waste stream each year, according to the press release from Dunkin’ announcing the change.

“Our decision to eliminate foam cups is significant for both our brand and our industry,” Karen Raskoph, chief communications and sustainability officer for Dunkin’ Brands said in a statement. “We have a responsibility to improve our packaging, making it better for the planet while still meeting the needs of our guests. Transitioning away from foam has been a critical goal for Dunkin’ Donuts U.S., and with the double-walled cup, we will be able to offer a replacement that meets the needs and expectations of both our customers and the communities we serve.”

If you want to check out the new double-walled cup, it’s already being used at Dunkin’s next generation concept store in Quincy. The company said the new paper cups will be introduced next in the spring at all New York City and California locations, followed by a phased roll out at its thousands of other locations in the U.S.

For Dunkin’ regulars concerned about the change, the company said the new cups will still feature the re-closable lid its customers “know and love.” 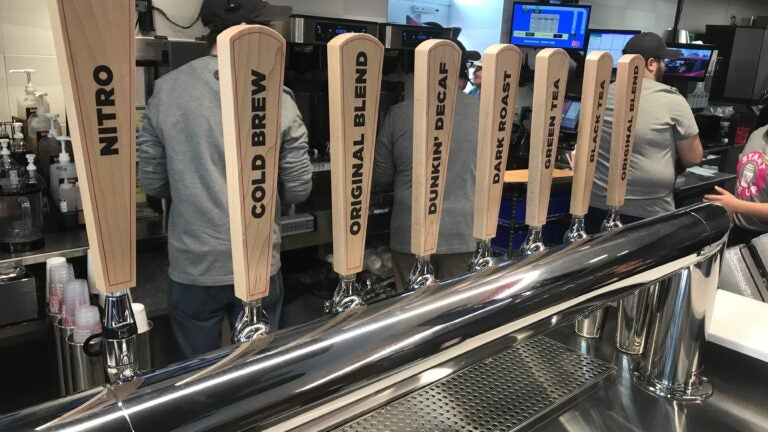 Is this the future of Dunkin’ Donuts?