For food trucks, Boston’s regulatory climate may be as difficult as the city’s physical climate — if not more so.

According to a report this week by the U.S. Chamber of Commerce Foundation, a nonprofit business advocacy group, Boston is the most challenging city for owners in the small but quickly growing industry, when it comes to things like obtaining permits and following local regulations.

Boston ranked last in an index of the 20 cities studied in the report, while Portland, Denver, and Orlando were found to be the most food truck friendly. The index took into account three components: obtaining a license or permit, complying with everyday restrictions, and regulatory operating costs. Boston came in last in the first and third categories.

According to the report, food truck owners pay approximately $17,066 to Boston’s city government to go through the 32-step process required to acquire the necessary paperwork to start their business. That estimate is nearly 29 times the fees paid to tackle the same requirements in Indianapolis, which had the lowest permit and licensing costs. But it even dwarfed the city with the second-highest costs, Seattle, where food truck owners pay $6,211 in start-up fees.

Boston awards public sites to food trucks through a lottery system. For the most high-traffic, competitive spots, like around City Hall Plaza or Copley Square, permitting fees can run up to more than $1,000 a month, depending on how many shifts a vendor works.

“Monthly zoning permits for public sites represent a substantial cost to food truck operators in Boston,” said the report, which notes that even a truck operating the maximum amount of shifts in the lower-traffic zones can incur more than $14,000 in annual fees.

Boston city officials noted that there are a number of variables (such as time and zone) that can cause the costs to range dramatically and that the study’s estimates seemed exceedingly high. Officials also explained that the city’s food truck program, which has grown annually over the last four years up to 94, is particularly competitive since Boston is not as large as some of the other cities in the study, which were chosen based on food truck density and region.

John Barros, the city’s chief of the Office of Economic Development, described Boston’s food truck program as “vital” to Mayor Marty Walsh’s economic development strategy and said the administration plans to continue to collect feedback and work with the industry.

“Over the last four years the City has received and utilized valuable feedback from local industry stakeholders, and has worked internally to streamline the permitting and lottery processes,” Barros said in a statement. “However, the City of Boston will continue to work with stakeholders and the Food Truck Advisory Committee to expand opportunities and strategically grow Boston’s food truck program.”

The report did have some praise for Boston — especially for the city’s website, which lays out the step-by-step permitting process in a user-friendly manner.

“For as intricate and costly as it is to start and operate a food truck in Boston, the city’s online permitting portal and food truck startup guide are second to none,” the report said. “Every piece of information and step involved in doing business with the City of Boston is online and easy to navigate.”

They also noted that once food truck owners make it through the hassle and costs of permitting, the city’s proximity requirements — such as how close they can be to a restaurant — were “relatively few and light.” Boston indeed ranked seventh on this metric.

The report doesn’t come without something of an perceived agenda. The Chamber of Commerce Foundation is an affiliate of the U.S. Chamber of Commerce, the country’s largest pro-business lobbying group, and one of the report’s co-authors is a policy expert at a free-market think tank. They argued that, in addition to being burdensome, the regulations on food trucks at times appeared to “arise at the behest of established firms seeking restrictions against new competition.”

“With a better understanding of the regulatory burden on food trucks, America’s cities will be better equipped to encourage these roving innovators and their hungry customers,” they wrote. 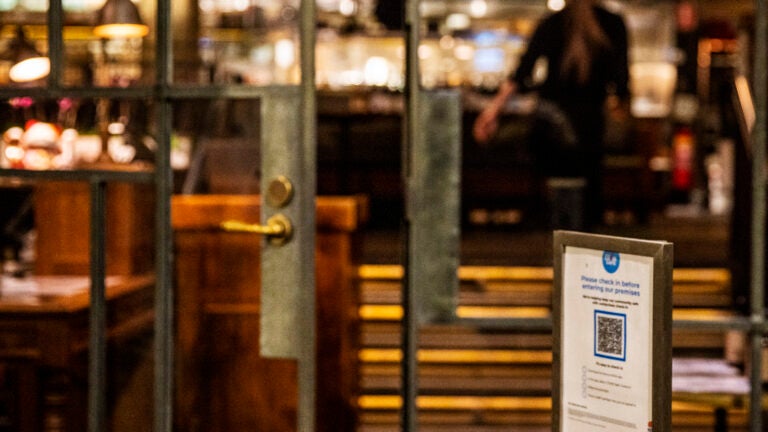