It’s hardly HQ2, but Amazon is making a major expansion in Boston.

The sprawling retail giant announced Tuesday that it plans to hire 2,000 workers for a new office in the city’s Seaport, as it continues to bolster its growing presence in Massachusetts. Amazon already employs a growing workforce of more than 1,200 at its Boston-area offices, which are anchored in Cambridge, and has robotics and fulfillment centers in North Reading and Fall River, respectively.

“This project is a tremendous vote of confidence in our economy, and will be a welcome addition to Boston’s growing and thriving workforce and business landscape,” he said in statement.

Where will the new office actually be?

According to Amazon’s press release Tuesday, the company plans to move into a new 430,000-square-foot space in a planned 7.6 million-square-foot mixed-used development in Seaport Square. According to The Boston Globe, a 17-story building has been leased entirely to Amazon, with the exception of its ground-floor retail space. The property — bordered by Congress Street, East Service Road, and Boston Wharf Road — is currently a parking lot.

Amazon says it plans to open the new offices in 2021. 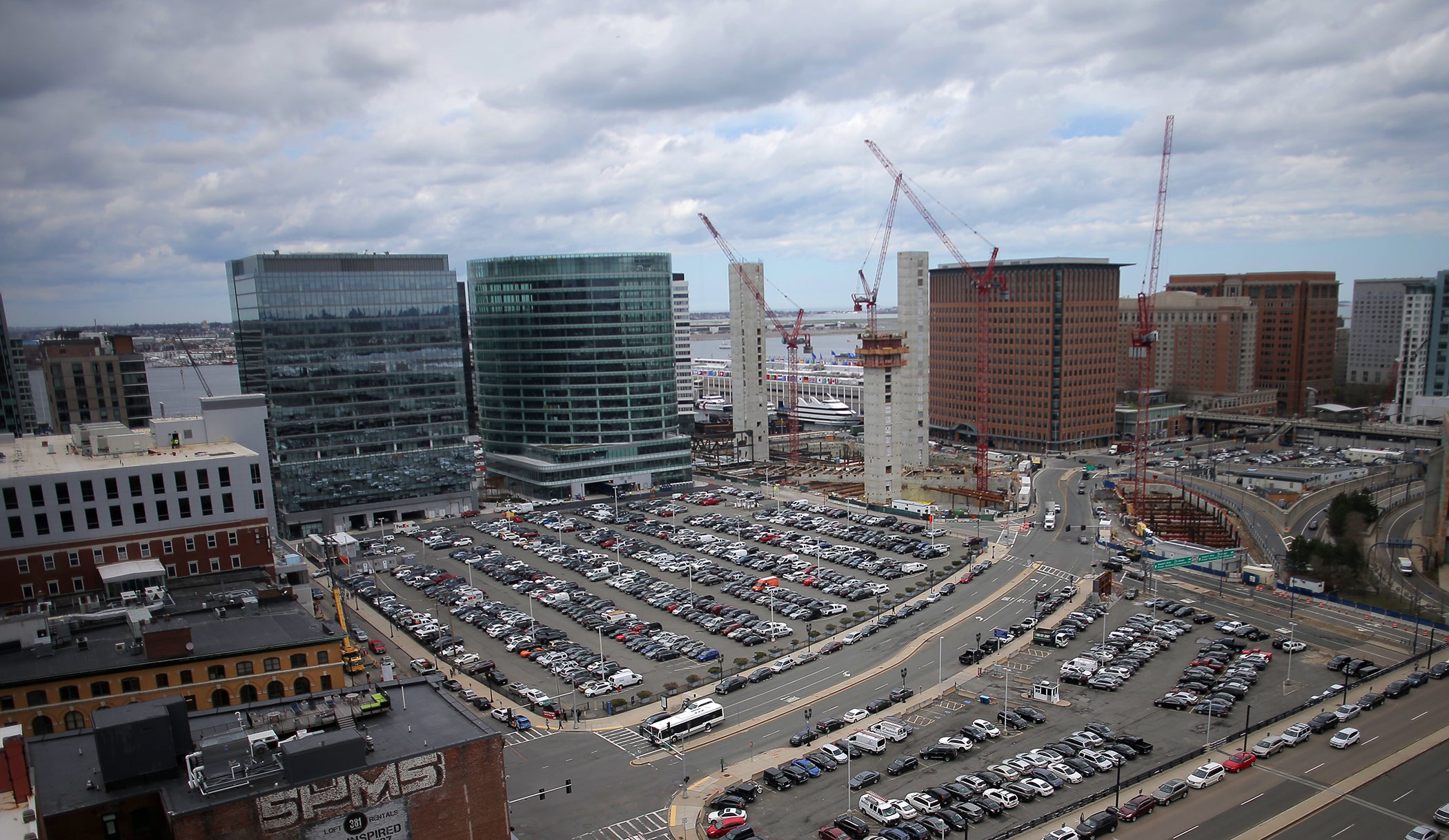 A new Amazon building in the Seaport District will occupy a parking lot (upper lot at center of frame) bordered by Congress Street, East Service Road, and Boston Wharf Road.

However, the decision wasn’t made without a few incentives from local officials.

According to the Globe, Gov. Charlie Baker’s administration has agreed to a deal that includes $20 million toward transportation needs in the Seaport, such as street work, bike lanes, and a new head house for the MBTA’s Silver Line, even though the Seaport Square developer had already agreed to pay for those things. And as the Globe reported in March, Boston’s Planning & Development Agency already approved $5 million in tax breaks over 15 years for Amazon’s planned expansion. The Globe reported Tuesday that the incentives will likely be passed on to Amazon in the form of lower rent.

So what’s the purpose of the new expansion?

Amazon’s current offices in the Boston area are primarily focused on its cloud-based virtual assistant, Alexa; the company’s web services; and its online audiobook store, Audible. The company believes the commerce industry is shifting toward conversational artificial intelligence and is trying to position Alexa ahead of other voice-enabled assistants like Google Home.

The new Boston expansion will include jobs in machine learning, speech science, cloud computing, and robotics engineering. Amazon says the new machine learning jobs will be particularly focused on enhancing the experience of interacting with Alexa. According to the company’s website, Amazon currently has nearly 200 job openings — mostly related to software development — in Cambridge and Boston. More than 120 are focused on Alexa. 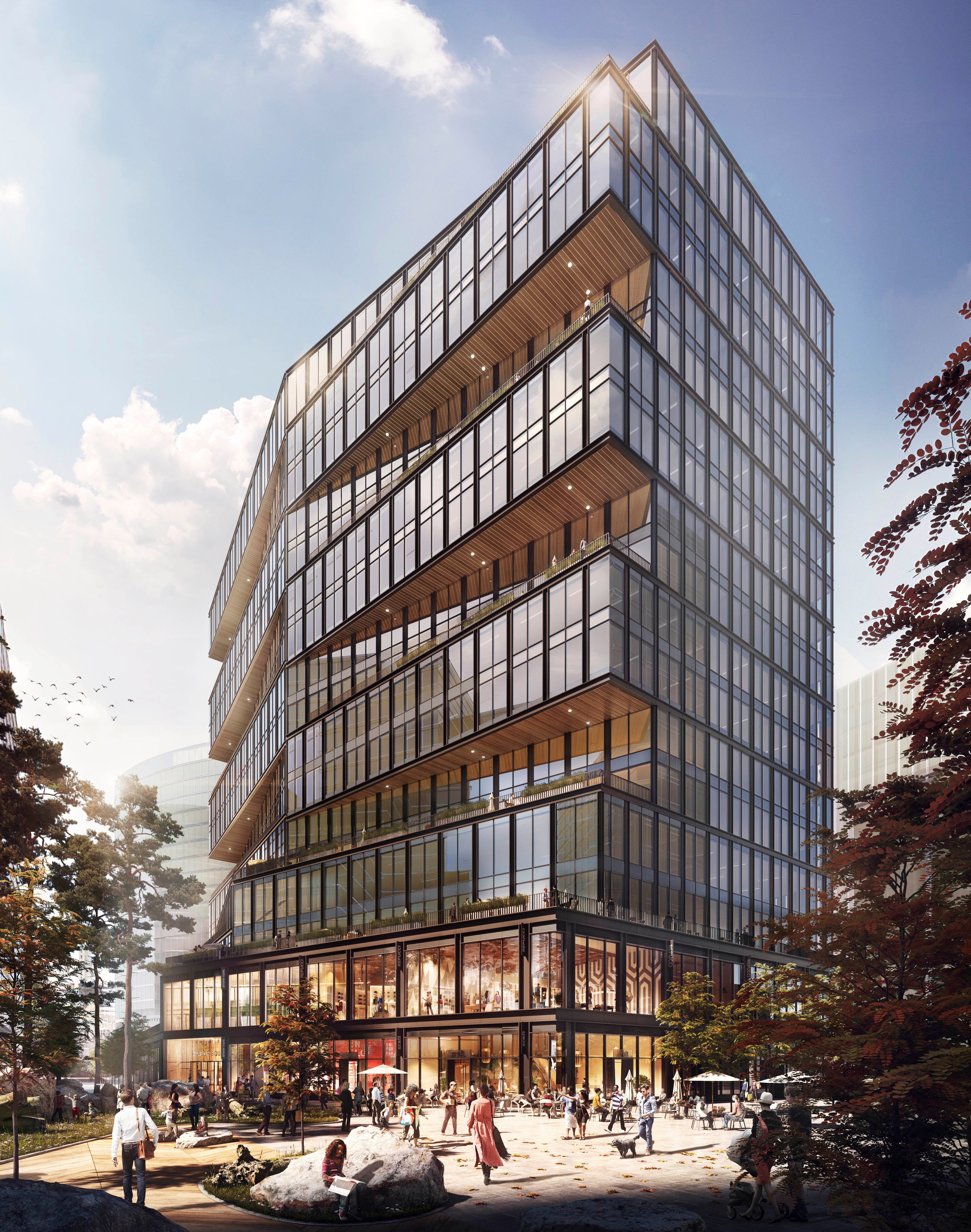 A rendering of the building proposed to be built in the Seaport and house Amazon’s planned Boston expansion.

“In just a few years, we’ve grown from a handful of software developers and scientists to a team of more than 1,200, inventing new capabilities and products on behalf of millions of customers around the world,” Rohit Prasad, the company’s Boston-based vice president and head scientist for Alexa, said Tuesday.

How does this relate to Boston’s bid for Amazon’s second headquarters?

Two thousand jobs is just a fraction of the 50,000 jobs Amazon says its soon-to-be-announced second headquarters will bring. Boston is among 20 finalists for the so-called HQ2 and experts say the latest news underlines the reason the city is seen as a top contender.

“It’s one of the few spots where you can find a large enough concentration of software skills, as well as some great academic institutions,” Soumen Ganguly, a local tech industry consultant, told the Globe.

That said, it’s not particularly clear what this week’s news means for Boston’s chances of winning that 50,000-job prize. According to the Globe, real estate experts say it’s unlikely that the company would put thousands of new employees in one Boston neighborhood as they planned a massive campus somewhere else in or around the city.

Boston’s pitch primarily centered around Suffolk Downs (or “Amazon Downs” as it was dubbed), though it did list other locations, including in the quickly filling-up Seaport neighborhood. However, Walsh has said the the soon-to-close East Boston race track is his first choice for Amazon’s possible campus.

After announcing the shortlist of HQ2 finalists in January, the company said that the proposals selected from the Boston area were Boston and Somerville, the latter of which submitted a regional bid. Amazon didn’t offer any other specifics about the details of the bids selected, though officials scouting for the second headquarters did tour Suffolk Downs in March, the Globe reported at the time.

So, would Amazon plan a 2,000-employee expansion in the Seaport, if it intends to put 50,000 other workers somewhere else in the Boston area? Tough to say.

What is clear is that the tech giant is continuing to expand its presence around the world. According to Amazon’s website, the company has “dozens of offices in more than 30 countries,” including in Santa Monica, Brooklyn, Vancouver, Mexico City, and, of course, Seattle, the home of its main headquarters.

Amazon also announced Monday a 3,000-job expansion in Vancouver in a new office similar in size to its planned Seaport space. Last month, the company announced a new distribution center outside Las Vegas. And in March, it announced plans to build another massive warehouse in Missouri.

“They’ve been on a pretty blistering pace, getting a lot of space everywhere,” Greg Melich, a retail analyst, told The New York Times. 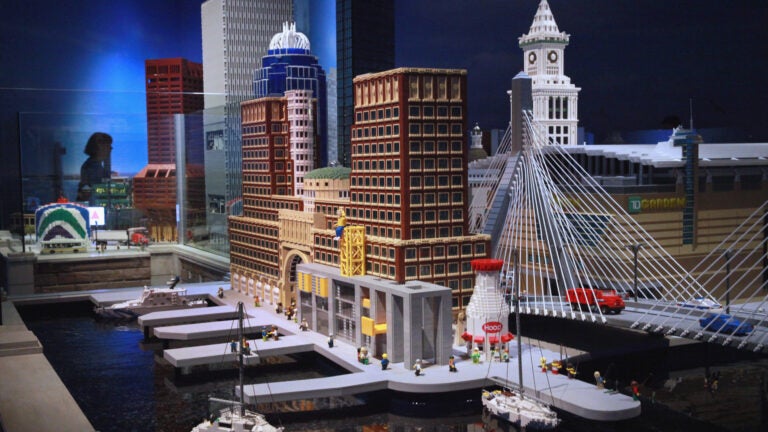