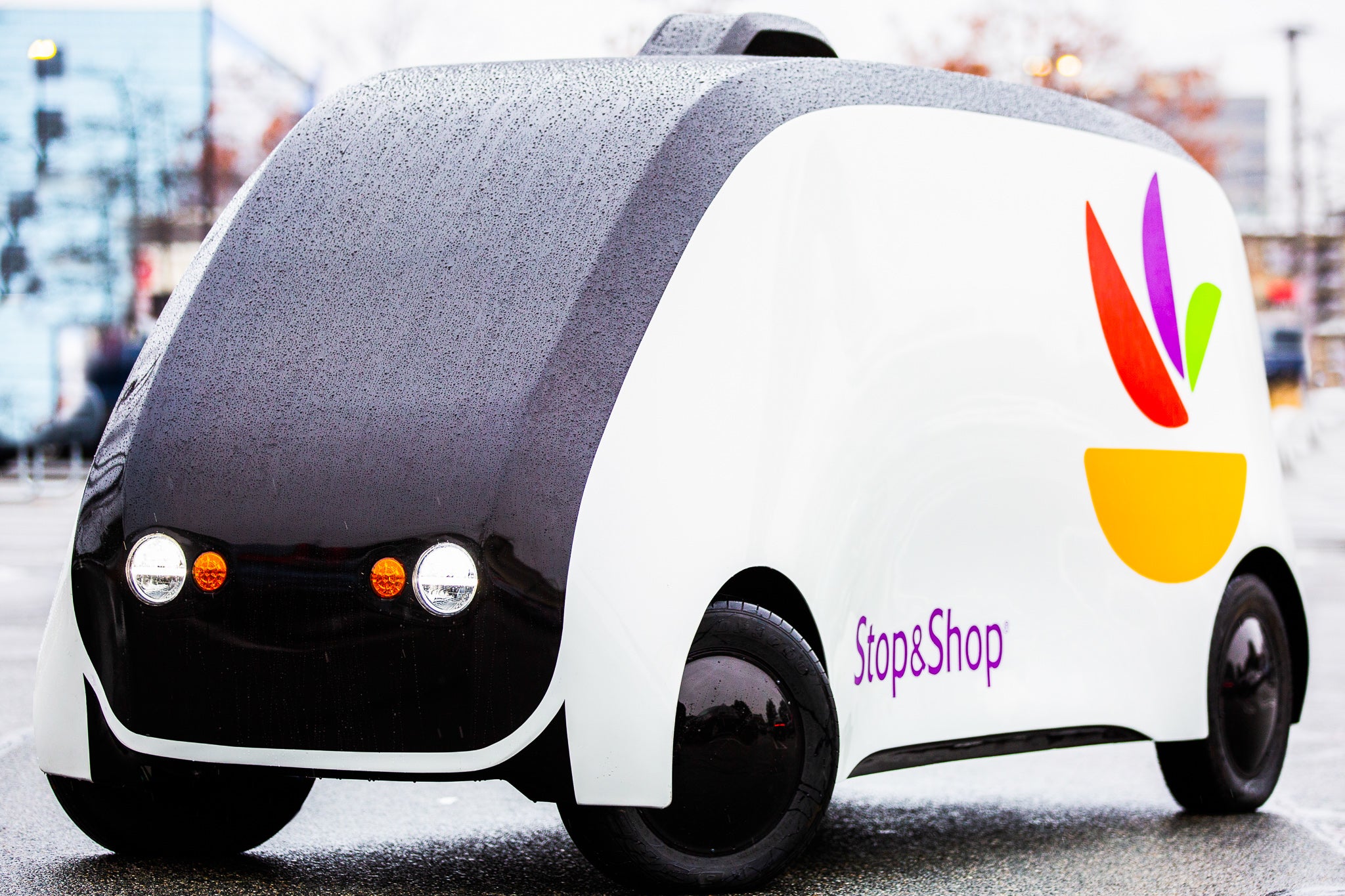 Marty the googly-eyed grocery store robot isn’t the only new technology that Stop & Shop is quite literally rolling out.

Stop & Shop has partnered with Robomart, a San Francisco startup founded in 2017, which operates fleets of electric, remotely piloted vehicles that carry around a select inventory of grocery store items. And while they’re still working on the specifics, the companies expect to launch the service in Greater Boston this spring.

“We’re extremely excited to bring our vision to life with Stop & Shop, one of the most pioneering and forward-thinking grocery chains in the world,” Ali Ahmed, the CEO of Robomart, said in a statement Wednesday.

As opposed to services that deliver groceries that customers have ordered online, Robomart allows customers to pick out their purchases themselves. Stop & Shop says it addresses consumers’ desire to select their own produce, which is a driving factor for why the vast majority of shoppers still prefer physical supermarkets over online grocery retailers and delivery companies.

“This is one way in which we’re leveraging new technology to make shopping easier for our customers — by essentially bringing the store to them,” Mark McGowan, Stop & Shop’s president, said in a statement Wednesday. “We also recognize that many of our customers want the opportunity to make their own choices when it comes to fresh produce.” 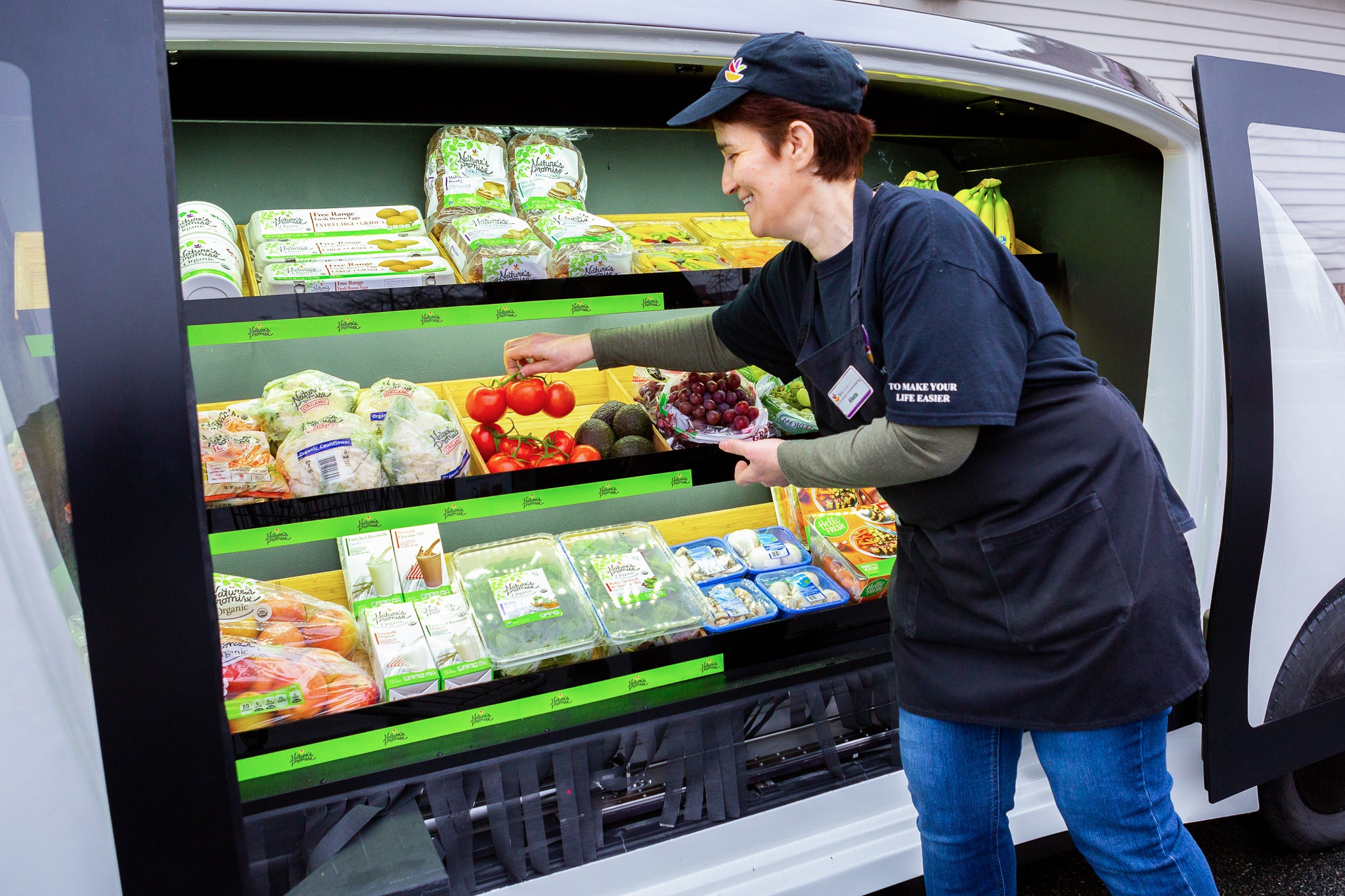 While the full product assortment has not yet been determined, Stop & Shop spokeswoman Jennifer Brogan told Boston.com that it will include fruits, vegetables, convenience items like bread and milk, and meal kits. As they roam, the teleoperated vehicles are periodically restocked with fresh produce.

According to Brogan, Boston-area Stop & Shop customers will use Robomart’s app to summon a vehicle to their location, just like they would an Uber. When it arrives, they use the app to unlock the doors and then personally select the goods they want to purchase. When they’re done, they simply close the doors and send the vehicle on its way.

But wait, how do you pay? Robomart’s technology actually takes care of that as well.

Customers enter their payment information in Robomart’s app when they register. And then, the vehicles use radio frequency identification and computer vision technology to automatically record what they select from the vehicle and email customers their receipts “within seconds.”

Brogan says specific Stop & Shop stores and routes — as well as pricing and fees for the service — have yet to be finalized. The regional chain, which is owned by the Netherlands-based food retailer Ahold Delhaize, has a total of 134 locations in Massachusetts, according to its website.

Massachusetts recently expanded its autonomous vehicle testing program, which includes two local self-driving car companies. Asked about Stop & Shop’s plans Wednesday, a spokesman for the state’s Department of Transportation told Boston.com that the agency “has had informal conversations with this company and has not received an official testing application.”

Brogan says that Robomart is “actively working” with the City of Boston and MassDOT to ensure their vehicles — which are remotely piloted from a company facility — comply with all required guidelines.

Ahmed says he believes their technology can help recreate the convenience and accessibility consumers were provided for decades, when local greengrocers and milkmen went door-to-door.

Ahold Delhaize also recently began rolling out automated warehouses in an effort to speed up its grocery delivery services. Marc Perrone, the president of the union that represents Stop & Shop employees, told the Associated Press this week that the “aggressive expansion of automation in grocery and retail stores is a direct threat to the millions of American workers who power these industries and the customers they serve.”

According to the Wall Street Journal, consumers’ preference for picking out their own fruits, vegetables, and other fresh produce has emerged as the “best defense” against competition from grocery delivery services and online retailers like Amazon. A Gallup poll last August found that 84 percent of Americans said they never order groceries online —  and even those who did use remote ordering for pickup or delivery did so infrequently.

And while Robomart may allow customers to pick the perfectly ripe avocado, their vehicles are not equipped with googly eyes. So you’ll still have to go to the physical store for that, too. 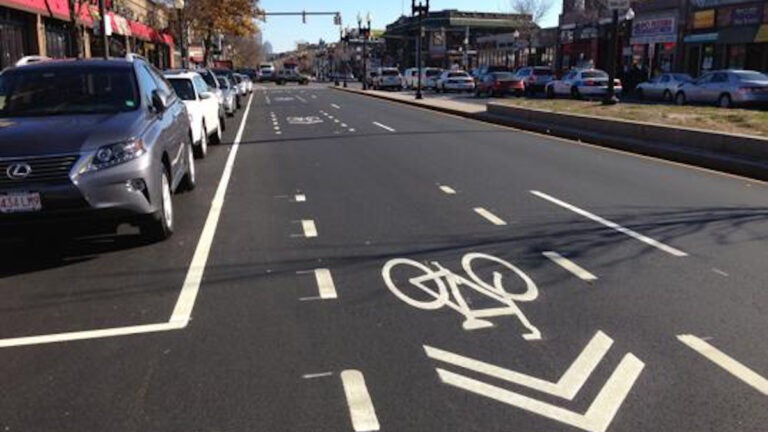 DoorDash? No, it's the City of Boston: A new e-bike pilot will seek to provide free delivery for Allston businesses