Stop & Shop had been hoping to “minimize disruption” in the event of a strike. But that doesn’t mean things are business as usual.

In an open letter to customers Tuesday, the Quincy-based grocery chain’s president, Mark McGowan, apologized for the “inconvenience” caused by the 31,000 workers who walked off the job Thursday afternoon, after the company and the union representing its New England workers were unable to agree to a new contract.

“We are committed to resolving our labor negotiations as quickly as possible so that our employees can return to their jobs and we can get back to better serving you and the community,” McGowan, a 28-year veteran of the company, wrote.

Prior to the strike, Stop & Shop officials said they planned to deploy corporate personnel, as well as temporary replacement workers, to keep stores open. However, not all of the locations affected by the strike in Connecticut, Massachusetts, and Rhode Island have been able to do so, and most are operating with reduced hours and service.

According to McGowan, “most” of the region’s 253 stores remain open seven days a week from 8 a.m. to 8 p.m., a shorter time period than usual. Additionally, “Bakery, Customer Service, Deli, and Seafood counters will not be operational, and we currently have a limited meat selection,” he wrote.

“Our gas stations are also closed at this time,” McGowan added.

Some stores have had to close completely.

“We have had stores closed for the duration of the strike,” Stop & Shop spokeswoman Jen Brogan confirmed in an email Tuesday to Boston.com, noting that “the majority are open.”

Brogan said she didn’t have a specific list of which locations were closed, but said the company had updated their website’s store locator “accordingly.” More than a dozen stores across Massachusetts, including in South Boston, Dorchester, Hyde Park, and Jamaica Plain, were closed Tuesday, according to the company website.

According to multiple reports this week, the aisles inside the stores that have stayed open during the strike have been sparsely populated, as workers picket outside. Union leaders and supporters are urging customers to shop elsewhere until the dispute is resolved.

“There’s no one shopping here today at Stop & Shop,” Sen. Ed Markey told workers Monday outside a store in Quincy, according to MassLive. “We’re gonna have a boom at Star Market.”

Shop & Shop, which is the only fully unionized major grocery chain in New England, continued negotiations Tuesday with United Food and Commercial Workers officials Tuesday, with the support of federal mediators. The two sides remain at odds over the rate of wage increases, health care coverage, and retirement benefits. 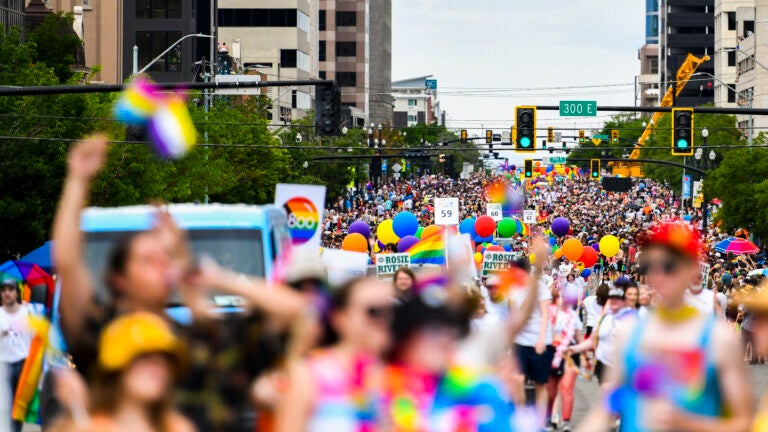 Monkeypox dilemma: How to warn gay men about risk without fueling hate