On the second day of one of the nation’s most elite conference for wealth management CEOs, self-proclaimed “self-made multibillionaire” Ken Fisher shared his industry philosophy during a fireside chat at the Ritz Carlton Hotel in San Francisco.

Fisher, 68, had been previously honored at the Tiburon CEO Summit and has written 11 books, regularly writes newspaper columns on finance, and reportedly has a net worth of $3.7 billion. His conversation on the main stage with Chip Roame, managing partner at Tiburon Strategic Advisors, was a keynote event open to all 220 participants. There were no competing panels.

But almost as soon as his session began, attendees said online and in interviews with The Washington Post, Fisher used the spotlight to make crude, inappropriate remarks, including comparing his wealth management strategy to picking up women for sex.

Roame, who moderated the discussion, did not intervene or ask Fisher to stop.

In the audience, attendees quietly and privately discussed their shared dismay about what they characterized as a pattern of behavior. The backlash did not go public – in large part because of a summitwide privacy policy meant to confine the information shared by industry leaders to only those who pay the $25,000 to attend – until hours later.

At least three attendees refused to stay quiet, willfully violating the summit’s code of conduct to discuss Fisher’s behavior with the hope of forcing change in the wealth management world. Roame eventually addressed the matter publicly, and Fisher responded to the criticism.

Violating the summit’s media policy was risky, attendees said, particularly in the field of wealth management. A person’s credibility is wholly dependent on the ability to be discreet and keep information private. But those who spoke out said this circumstance warranted an exception.

“I chose to speak out because maintaining a culture of silence around harassment and assault protects those who abuse their power, which then further marginalizes underrepresented groups,” Sonya Dreizler, a speaker and consultant to financial services firms, told The Post.

Dreizler, who specializes in investing that delivers financial and environmental or social justice returns, came forward after her friend and fellow summit attendee Alex Chalekian shared a video of himself recapping Fisher’s behavior, which he called a “true debacle.”

Yes, I was at the Tiburon CEO Summit. Attached is my statement about Ken Fisher’s comments referenced in @AlexChalekian video. pic.twitter.com/vLGaEEFc4N

Chalekian, founder and CEO of Lake Avenue Financial in Pasadena, California, said Fisher talked about dropping acid and his belief that charities are immoral. He also made crude comments about genitalia and mentioned financier Jeffrey Epstein – who was indicted on federal sex-trafficking charges earlier this year before dying by suicide in prison – according to Chalekian and other attendees.

“Things that were said by Ken Fisher were just absolutely horrifying,” Chalekian said in the video.

Rachel Robasciotti, founder and CEO of wealth management firm Robasciotti and Philipson in San Francisco, also publicly condemned Fisher’s words “at great personal risk to my career,” she told The Post in an interview.

In the days since the summit, Roame has denounced Fisher’s remarks in a lengthy statement and vowed that he will never again be invited back to the Tiburon CEO Summit.

“These comments lacked the dignity & respect that should be expected by any Tiburon CEO Summit speaker or attendee,” Roame wrote. “These were unacceptable words at Tiburon, in the wealth & investments industry, and in society generally.”

Roame also said he “commended” Chalekian for “having the strength to go public.”

In an email to his employees at Fisher Investments that was obtained by Forbes, Fisher was dismissive of criticism from attendees and wrote that Chalekian’s video “mischaracterized” what he said at the summit.

“It attributes views to me that I neither expressed nor endorsed,” Fisher wrote. “. . . Many of you are likely familiar with my sometimes colorful means of expressing myself. I like to say whatever is on my mind. I want to you to know I am sincerely sorry if anything I’ve said in your presence offended you. That certainly was never my intention.”

Fisher was more defiant in an interview with Bloomberg.

“I have given a lot of talks, a lot of times, in a lot of places and said stuff like this and never gotten that type of response,” Fisher told Bloomberg. “Mostly the audience understands what I am saying.”

At one conference in Dana Point, California, last year, Fisher said it was “stupid” to brag about financial performance in a direct mailer, according to video of the summit obtained by Bloomberg. Fisher, according to Bloomberg, said such a move is “like walking into a bar and you are a single guy and want to get laid and walking up to some girl and saying: ‘Hey you want to have sex?’ You just turn yourself into a jerk.”

Ken Fisher did the same thing at the EBI West conference in June 2018. I don’t understand why he keeps getting invited to speak.

Fisher told Bloomberg he is an “easy guy to dislike” because he manages so much wealth, adding that he regretted taking what ended up being a “pain in the neck” speech invitation.

“I wonder if anybody will be candid at one of these Tiburon events again,” he told Bloomberg.

Robasciotti said her critique of Fisher’s behavior has nothing to do with being candid.

“I don’t need political correctness, I need responsibility from the leaders,” she said. “No other CEO is going to do a deal with me if they’re thinking about me as a sexual object.”

I was in this room full of financial services CEOs when what Alex reports in this video was said – one of the most disgusting and disappointing moments in my career. https://t.co/QHLtk4ttsY

Robasciotti identifies as a black, queer woman in an industry overwhelming occupied by white men. Fisher’s words, she said, and the message they reinforce are what make it more difficult for people like her to succeed.

“If there aren’t women and people of color in the industry,” she said, “it’s because they don’t feel welcome.”

She is trying to change the work environment from the inside by hiring LGBTQ people, people of color and women and co-founding a social justice investing platform called RISE (Return on Investment and Social Equity), which has partnered with consumer activism and workplace equity groups to tackle the issue of workplace sexual harassment.

The initiative, called Force the Issue, is what she spoke about at the summit – just minutes after Fisher’s keynote address ended. The irony, Robasciotti said, was not lost on her.

“This exact issue was parallel,” she said. 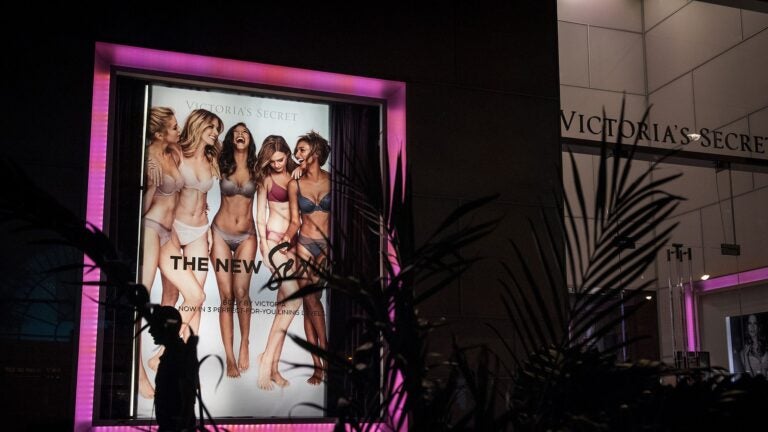 A diminished Victoria’s Secret is sold