The online retailing giant is opening its first cashier-less supermarket, where shoppers can grab milk or eggs and walk out without waiting in line or ever opening their wallets. It’s the latest sign that Amazon is serious about shaking up the $800 billion grocery industry.

At the new store, which opened Tuesday in Amazon’s hometown of Seattle, shoppers scan a smartphone app to enter the store. Cameras and sensors track what’s taken off shelves. Items are charged to an Amazon account after leaving.

“I love the convenience of literally grabbing and going” said Art Kuniyuki, a payroll and benefits manager from Seattle, who spent $15 on Barilla pasta, Dove chocolate and other groceries shortly after the store opened. Called Amazon Go Grocery, the new store is an expansion of its 2-year-old chain of 25 Amazon Go convenience stores. It’s 10,400 square feet — more than five times the size of the convenience stores — and stocks much more beyond the sodas and sandwiches found at Amazon Go.

Cameron Janes, who helps oversee Amazon’s physical stores, said the technology had to be tweaked to account for how people squeeze tomatoes to test for ripeness or rummage through avocados to find just the right one. Nothing at the store is weighed. One blood orange goes for 53 cents; a banana is 19 cents.

Amazon is not new to groceries. It made a splash in 2017 when it bought Whole Foods and its 500 stores. It’s also been expanding its online grocery delivery service. But it’s still far behind rival Walmart, the nation’s largest grocer, which has more than 4,700 stores. Walmart’s online grocery service has also been popular with customers, who buy online and then drive to a store to pick up their order.

Amazon also plans to open another type of grocery store in Los Angeles sometime this year, but the company said it won’t use the cashier-less technology at that location and has kept other details under wraps. The company declined to say if it plans to open more Amazon Go Grocery stores, and said there are no plans to bring the technology to Whole Foods stores. 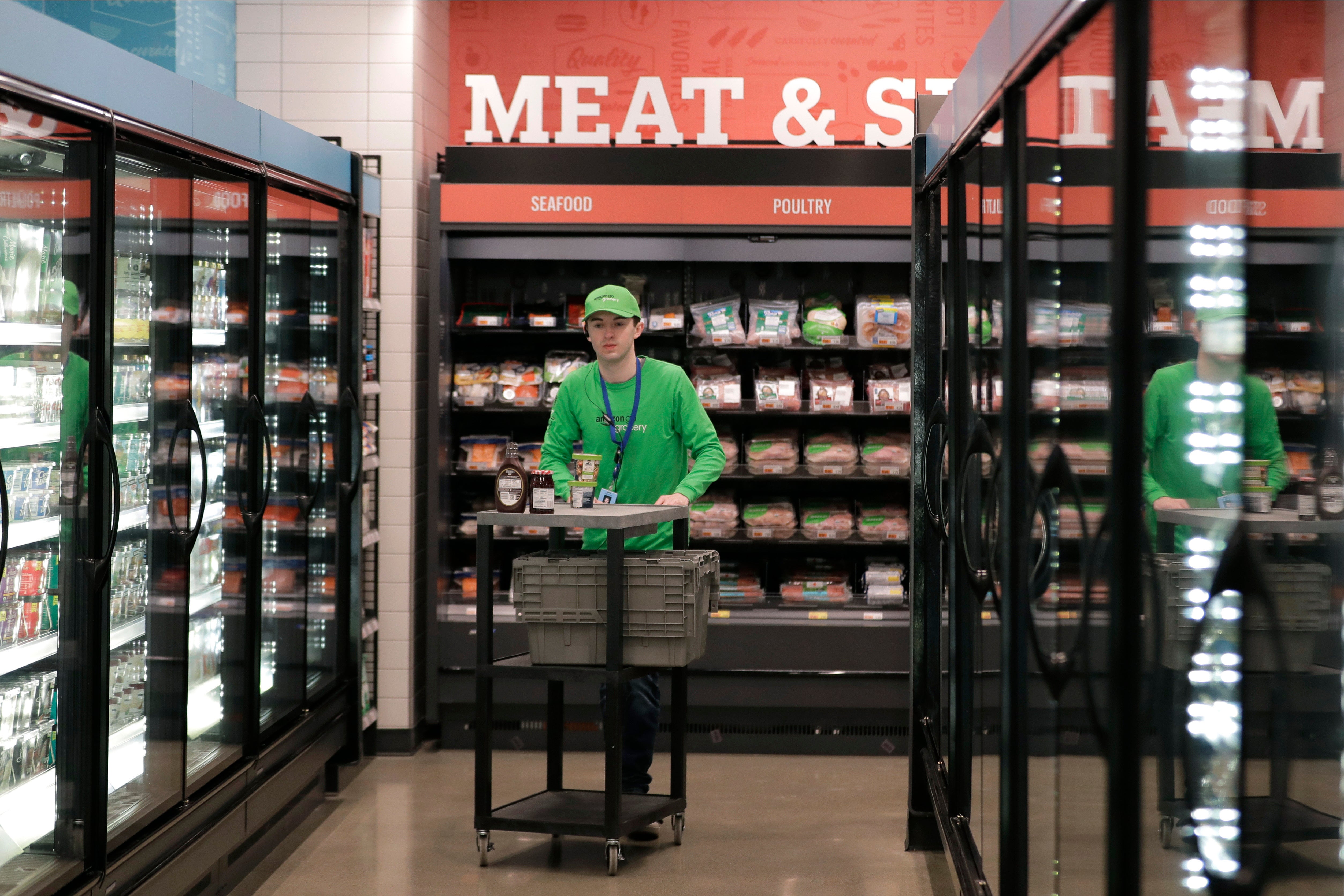 Much of the fruits and vegetables come from the same suppliers at Whole Foods, Janes said. And it has products from the Whole Foods store brand 365, such as organic oatmeal and bagged baby carrots. But it also sells Oreos, Cheez-Its and other stuff banned from the natural grocer.

Families can shop together with just one phone scanning everyone in. Anything they grab and leave the store with will be added to the tab of the person who signed them in. But shoppers shouldn’t help out a stranger reaching for the top shelf: Amazon warns that grabbing an item for someone else means you’ll be charged for it.

Hoping to catch up to Amazon, other retailers and startups are racing to bring similar cashier-less technology to stores. Earlier this month, 7-Eleven said it is testing a cashier-less store for employees inside its offices in Irving, Texas.

But cashier-less stores have come under scrutiny from lawmakers and advocates who say they discriminate against low-income people who may not have a credit card or bank account. Amazon has since let customers pay with cash at its convenience stores, and the company said shoppers can do the same at the grocery store by alerting a worker to let them in through the turnstile.

The stores also eliminates the job of cashiers. Janes declined to say exactly how many people the store employs, only saying it is “several dozen.” Workers greet customers and walk around aisles restocking shelves. One employee stands by the alcohol section, checking IDs of shoppers who want wine or beer.

While cashier-less stores remove the annoyance of waiting in line to pay, it also kills some joys of the supermarket. There’s no one to bag groceries. Instead, Amazon gives out reusable bags so shoppers can fill them as they shop. And there’s no deli counter, butcher or fishmonger. Instead, sliced ham, steaks and salmon fillets are already packaged and found in refrigerated shelves.

“Just walk out technology is kind of cool, in theory,” said David Bishop, a partner at retail consultancy Brick Meets Click, but shoppers decide where to shop based on other factors besides how quickly they can get in and out of the store.

He said those who want thinly sliced ham may skip Amazon Go Grocery and walk two blocks away to the Kroger-owned QFC supermarket, which is about five times the size.

Still, Bishop said, it’s hard for the grocery industry to ignore Amazon, which has the cash and technology to experiment with groceries. “They’re not giving up,” he said of Amazon. 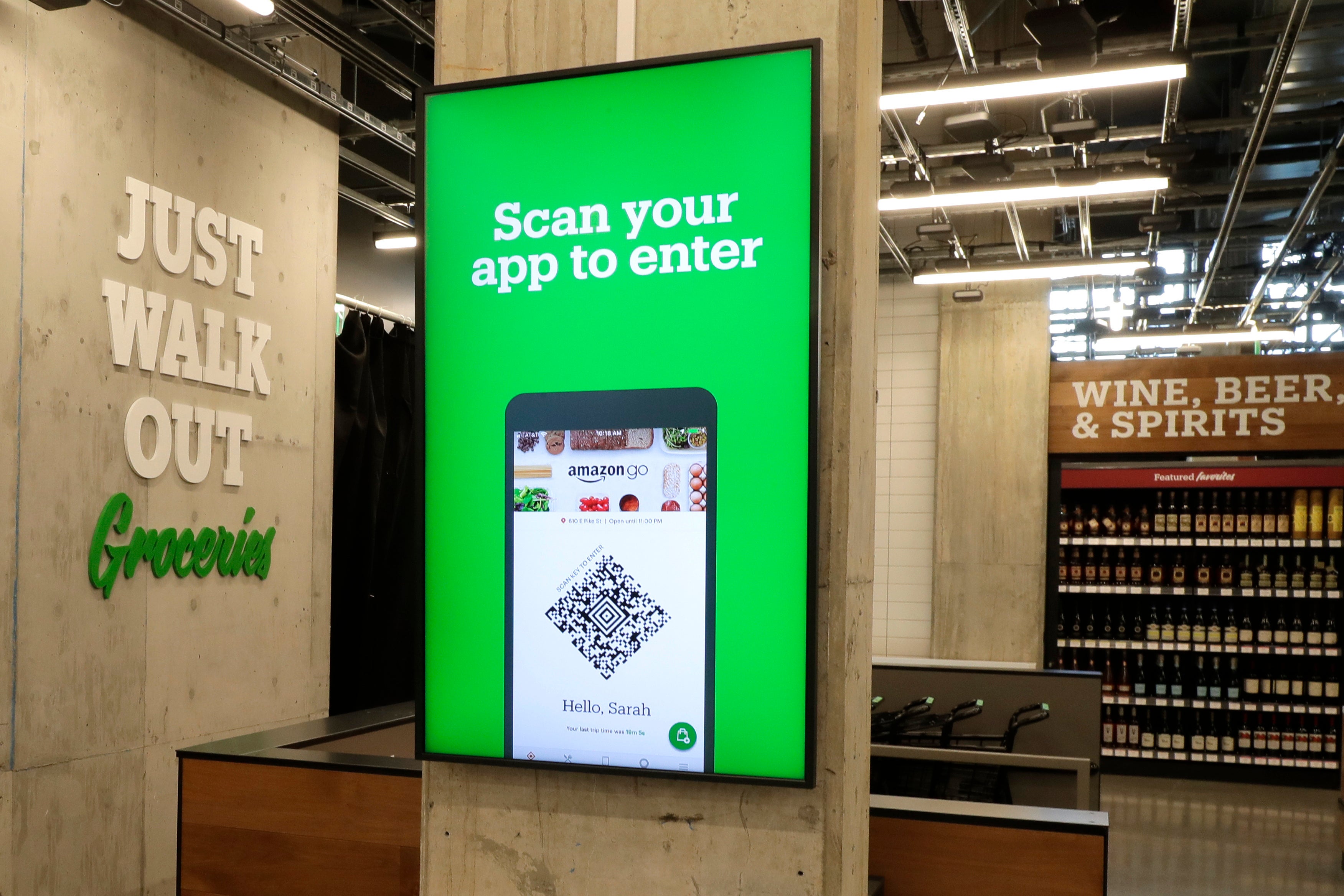 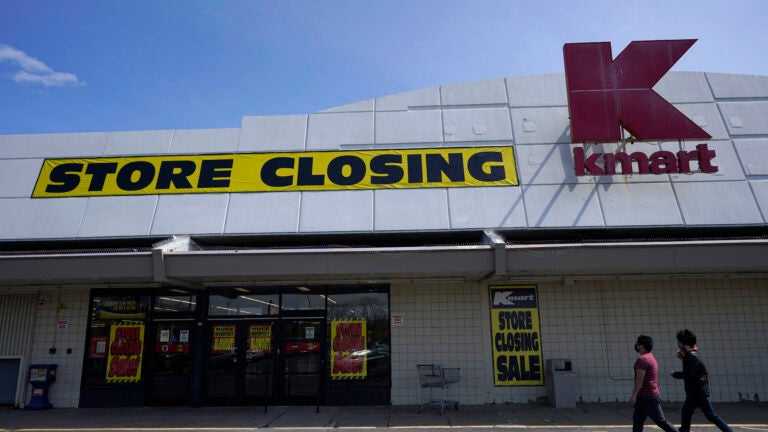