A popular Cape Cod ice cream shop that reopened Friday had to close hours later after customers angry about dessert orders being backed up started harassing employees, the owner said.

Polar Cave Ice Cream Parlour owner Mark Lawrence said it was “one of the worst experiences” in his 19 years of owning the shop.

Although he had set a rule that orders had to be received an hour ahead of pickup, customers were showing up at his shop early, demanding their ice cream, Lawrence wrote on his business’s Facebook page. He said one of his best workers, a teenager, quit her job because of the barrage of abusive comments.

“Regardless of people’s frustrations to take it out on a teenage girl is simply WRONG,” he wrote. “It cost one of my best employees due to the rudeness directed at her tonight. So wrong in so many ways to treat a teenager with such disrespect no matter the circumstances.”

As I turn the key in the lock tonight. My thought is that we shall simply not open to the general public until…

Posted by Polar Cave Ice Cream Parlour on Friday, May 8, 2020

Lawrence had opened the shop quietly Friday ahead of Mother’s Day Weekend, he told Boston 25 News. But a surge in people ordering dessert quickly crushed the lean staff he had behind the counter. While the number of orders was enough for a staff of seven, he said, only four employees were working that night. About 7 p.m., Lawrence posted on Facebook: “STOP CALLING.”

Lawrence didn’t immediately respond to a request for comment from The Washington Post, but he wrote on Facebook that he would still consider other ways to sell his ice cream safely.

“After a long hard look at the events of last night, it is obvious that the plan I created cannot handle the surge of demand out there,” he said Saturday morning. “So, in order to not destroy the business, I have grown for the past 19 years, it is best to not open to the General Public for the time being. Stay tuned as we explore options.”

Later that day, though, he reported that things were running much more smoothly.

“Today was a vastly improved operation,” Lawrence wrote on his business’s Facebook page Saturday night. “People placed their orders an hour or more (some, a day before) prior to their pick up time. They followed the rules and it worked. There were minimal people just pulling up and expecting to be served immediately, they chose to place an order and return or sit and wait.

“Thank you for the incredible outpouring of love and support from so many,” he wrote. “It truly means so much to me at this time.”

24 hours later and we make the Boston news. Today was a vastly improved operation. People placed their orders an hour…

Posted by Polar Cave Ice Cream Parlour on Saturday, May 9, 2020 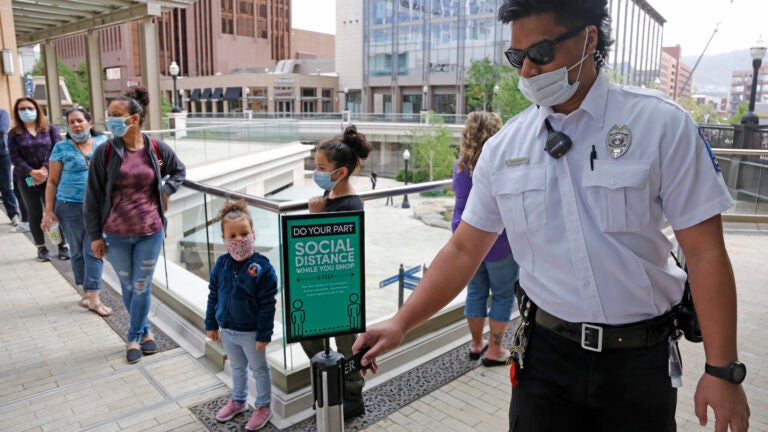