Amazon is the latest company to step directly into the raging Internet fire fueled by updates to beloved — or at least familiar — logos.

In the past decade, Airbnb’s new logo was compared to a derriere. Some thought Slack’s refreshed hashtag logo looked like a swastika. People revolted online when Instagram ditched its retro camera in favor of a simplistic camera outline.

And Amazon was accused of unintentionally invoking Hitler.

Last month, the e-commerce giant released an update to its flagship shopping app, complete with a new logo. It dropped its longtime shopping cart image, which had been in place for more than five years, in favor of Amazon’s smiling-face-arrow on a package with a ridged piece of blue tape. Positioned on top of the smile line, it looked a bit like the mustache of German dictator Adolf Hitler, users on Twitter pointed out.

This week, Amazon updated its app logo again and folded the tape on top of the image.

“The mobile app icon is designed to be instantly recognizable to our customers around the world,” Amazon told Snopes in an email. https://t.co/mPMVnI4JQ7

Amazon spokesperson Craig Andrews did not directly address the Hitler comparisons. “We designed the new icon to spark anticipation, excitement, and joy when customers start their shopping journey on their phone, just as they do when they see our boxes on their door step,” he said in a statement.

Social media has made it easier for armchair experts to critique corporate brand images. In some ways, this public feedback can help aid the design process, said Jason Forrest, creative director at website and graphic design firm Digital Ink.

“I think rightfully so, the Internet is more sensitive to these things,” Forrest said.

It’s not necessarily that backlash to all corporate rebrands is good, Forrest said, but outcry can show that people are emotionally invested in the brand.

When Facebook unveiled new branding that put its company name in all capital letters, Twitter CEO Jack Dorsey made a dig at his competitor. Google’s updated map icon made some bemoan the change last year, calling for a return to the traditional street-intersection look.

These logos are a part of people’s everyday lives, said Jesse Reed, partner at design office Order. That’s more true now than ever as many people are attached to their phones and rely on them for work, socializing and distraction during the ongoing coronavirus pandemic.

So when they change, it makes sense that some people are defensive.

“Your thumbs are attached to your Instagram button, or your fingers are attached to clicking and ordering things on Amazon,” Reed said. “It’s so intertwined that we now have emotional attachments to brands and when they change, it’s like changing a part of your life.”

Change is inevitable in many cases, he pointed out. Brands might be trying to tell a stronger story, or may have just realized that some components of their old designs are outdated or stale.

And, in many cases, people get used to the new small images below their fingers and the Internet quiets down briefly to ready itself for the next spark of viral controversy.

Amazon’s refreshed logo still is not totally free from comparison — many Twitter users were quick to note that it looks a little like Aang from the TV show “Avatar: The Last Airbender.”

Does the new Amazon app logo look like Aang or am I crazy pic.twitter.com/CcCJ1Yw0KF 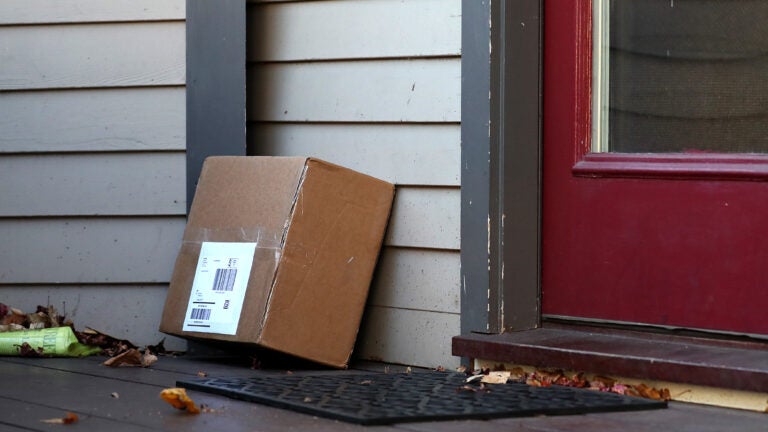