Ever craved a McFlurry at 1 a.m. and headed to your nearest McDonald’s, only to be told the machine is broken?

If the answer’s yes, you’re not alone but, on the plus side, the feds are on it.

The Federal Trade Commission reached out to McDonald’s franchisees to find out what is up with all the broken ice cream machines, according to a report from the Wall Street Journal. The move comes amidst the Biden administration’s right to repair fight — an effort to take a closer look at whether manufacturers have been preventing owners from fixing broken machines themselves.

This is not a new issue: people have been complaining for years about how frequently the ice cream machines are down at their local McDonald’s. In 2016, a Facebook user called Caito Potatoe posted about her heartbreaking experience driving 20 minutes to McDonald’s for an ice cream, only to be turned away, and the video went viral.

There are a couple reasons behind this phenomenon, though only one has the FTC interested.

According to WSJ, the ice cream machines are highly specialized and only manufactured by Taylor Commercial Foodservice LLC. Jim Lewis, a McDonald’s restaurant owner, told WSJ, “The ice cream machine was so over-engineered it was silly. Sometimes simple is just better.”

They also require a nightly automated heat-cleaning that lasts up to four hours which, if it fails, renders them unusable until they can be repaired.

“When working with dairy products, you have to make sure the machine is cleaned properly,” a Taylor representative told WSJ. “The machines are built up with a lot of interconnecting parts that have to operate in a complex environment and manner.”

The machines, therefore, require special training to fix them, which is entirely in the hands of Taylor manufacturing. Some franchise owners pay to train staff how to fix machines and others contact Taylor or an authorized repair company, the WSJ reported.

That’s what got the FTC’s attention.

The FTC is looking into how McDonald’s reviews suppliers and equipment, and how frequently restaurant owners are allowed to do work on their own machines, WSJ reported.

In a letter, the FTC wrote that “the existence of a preliminary investigation does not indicate the FTC or its staff have found any wrongdoing,” and McDonald’s told the WSJ it has no reason to believe it was the focus of an investigation.

Besides waiting on a fix, ice cream lovers might be disappointed with a late-night run because employees have already begun the long process of setting up the machine for its four-hour clean.

In 2017, a McDonald’s spokesperson told WSJ they “regularly service our soft-serve equipment during off-peak hours” and “Customers who come in during that time may encounter a longer wait time or soft-serve dessert unavailability.”

Courtney Bunting, who worked at an Illinois McDonald’s when she was 23, told the WSJ that employees often wouldn’t want to clean up the mess the machine made.

“Everything about the machine is just miserable,” she said. “If someone came in 30 minutes before closing and ordered a McFlurry, would you want to risk something else splattering all over the area you just wiped? No.” 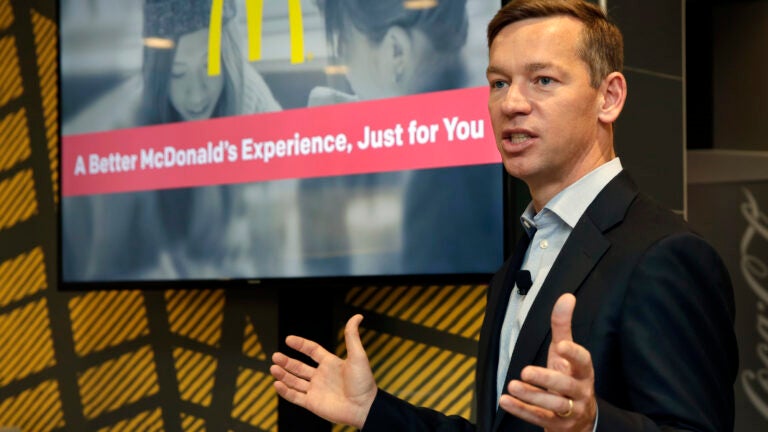