Workers at three Somerville cafes have announced their plans to unionize, adding to a growing number of coffee house employees organizing for better working conditions across the Boston area.

In a letter to their shared management, 11 members of the Diesel Cafe, Bloc Cafe, and Forge Baking Company Union Organizing Committee wrote they intend to form a union represented by the New England Joint Board UNITE HERE.

“We take to heart our company’s mission to create and foster a supportive community for all people that emphasizes clear communication and mutual respect,” the letter reads. “We firmly believe that a union of Diesel, Bloc, and Forge workers is our common blueprint for building that community.

“In forming this union, we also rise in solidarity with the unionized cafe workers of Darwin’s and Pavement Coffeehouse and reaffirm the value of building worker power, dignity, and justice throughout our city and across our country,” the letter continues.

William Lambert, a front-of-house manager at Forge, told The Boston Globe on Monday approximately 50 employees of the three cafes spoke privately for months before writing the letter and an “overwhelming majority” believe there need to be changes in how workers in their industry organize.

“It’s been hard for everyone who has worked in a cafe through COVID, on the ground, coming in every day,” Lambert said. “I think we were all mutually recognizing that … we’d like to change the way we advocate for ourselves at work.”

In their letter to owners Tucker Lewis and Jennifer Park along with chief operating officer Court Verhaalen, committee members noted that workers, alongside management, “have worked tirelessly over the past year to keep our cafes afloat amidst the seismic changes wrought by the pandemic.”

“Looking to the future, we urge you to see that unionization is our company’s best option and greatest hope to achieve sustainability, establish stability, and engage our entire community with care and compassion,” the letter says.

Mitchell Fallon, the communications and political director for the New England Joint Board, told the Globe the committee has started to collect union authorization cards from workers.

“Now that we’re entering this new stage where things are going public, there’s a lot more space to have everyone come together to figure out what they would like to bargain over,” he said.

Park told GBH News the owners are “doing our best to dive in and learn the process and terminology as quickly as possible” and are “committed to making our workplace the best place it can be for our staff.”

The committee’s efforts are already being recognized, too, outside of the industry.

“I am very proud of the workers of Diesel, Bloc, and Forge in Somerville who are organizing a union and would like to extend a message of solidarity for their efforts,” Sen. Ed Markey wrote in a tweet. “Every worker deserves the protection, benefits, and power that comes with being a union member.” 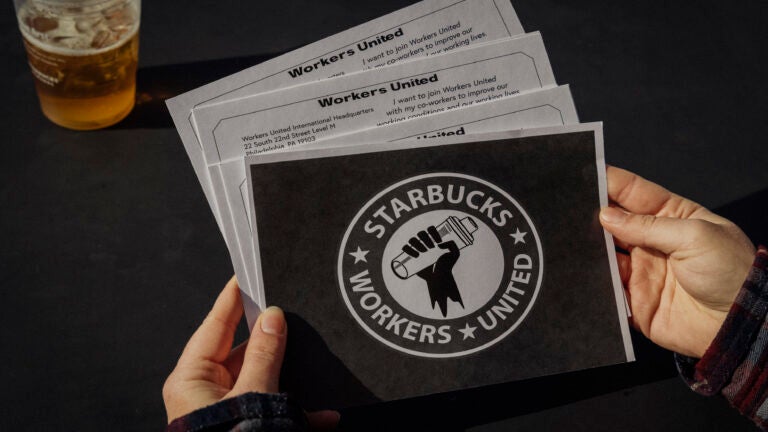