As news of Elon Musk’s hostile takeover bid spread throughout Twitter on Thursday, employees expressed concern that their workplaces might suffer under the leadership of the incendiary tech mogul, as well as exhaustion over the company’s uncertain future.

That afternoon, Chief Executive Officer Parag Agrawal held a companywide meeting to reassure his 7,500 full-time employee workforce by arguing that one man could not change a culture and that it was up to the company to set strategy, according to people familiar with the matter who spoke on the condition of anonymity to discuss sensitive matters.

Agrawal addressed a wide range of questions from Twitter workers about Musk’s offer to buy the company, including about how people of color are treated at his company Tesla and the billionaire’s staunch support for free speech on social media. Others asked for employee representation on the board and what would happen to Twitter employees’ restricted stock units if the company was taken public, the people said.

Some walked away disappointed with his assurances, saying it felt like empty words.

“Clearly, people are frustrated that employees seem to be an afterthought,” one said.

Twitter employees have had a whirlwind month as Musk first took a massive stake in the company, then agreed to join the board, then left before he joined. The news on Thursday that Musk made an offer to take the company private sent shivers through the workforce, who were already concerned about his potential leadership.

Employee discontent could factor into the decision facing Twitter’s board as it weighs Musk’s offer that values the company at $43 billion and would take it private, catapulting Musk into leadership at the social media company. In addition to evaluating the financial details of Musk’s bid, the board members will also likely consider Musk’s potential leadership chops as the company grapples with significant business and political challenges.

Particularly concerning to employees is how Musk’s hostile takeover could change the culture of the Silicon Valley company, known for being a liberal and flexible workplace. Musk is known to be a demanding and difficult boss at his other companies, hounding employees for the latest on projects important to him and threatening those who don’t perform to expectation with their jobs.

Adding to Twitter employees’ consternation, the takeover bid came in the middle of the company’s “focus week,” when it reduces unnecessary meetings in order to give employees time to concentrate on their projects, following a “day of rest” on Monday when everyone gets off.

Still, Musk has managed to attract some of Silicon Valley’s brightest talent thanks to the allure of working for the man, who many consider a genius.

“Musk taking over Twitter would be a nightmare for many employees that have worked under the Dorsey and Twitter regime,” said Daniel Ives, managing director and senior equity research analyst at financial services firm Wedbush Securities, referring to the company’s former CEO Jack Dorsey. “I would expect a flood of resumes to hit, if Musk eventually takes over Twitter. And I think there’s a major shake-up that’s going to happen there one way or another.”

Earlier Thursday during a TED talk in Vancouver, Musk said he would err on the side of free speech. “I do think that we want to be just very reluctant to delete things and . . . just be very cautious with permanent bans,” he said, adding he would prefer timeouts.

Last week Musk revealed he’d purchased a more than 9 percent stake in Twitter, and the next day Agrawal announced he would be joining the board. Sunday evening, Agrawal made a subsequent announcement saying Musk had declined the seat.

Even before his takeover bid, some Twitter employees struggled last week to support Musk’s involvement in the company because they said his values appeared to be in contradiction with the company, according to internal messages viewed by The Washington Post. Several employees noted in internal messages that Musk, who considers himself to be a champion of free speech, has appeared to mock gender pronouns.

“We know that he has caused harm to workers, the trans community, women, and others with less power in the world,” one employee asked. “How are we going to reconcile this decision with our values? Does innovation trump humanity?”

Last week, when Musk was still going to join the board, Agrawal said he would hold a town hall with Musk so employees could ask them questions.

On Thursday, another worker called Musk’s behavior bullying in a tweet. “‘Titter’ is currently trending because he decided – like a playground bully pandering to his fanboy lackeys – to make a joke at Twitter’s expense,” the employee tweeted. “And, we all know the joke is not really the point. Humiliation is.”

Tesla’s factory in the Bay Area has been dogged with accusations of worker mistreatment, labor rights violations, racism and sexual harassment. The factory, which hosts more than 20,000 workers, according to Tesla, is the company’s busiest production plant, where it builds its Model 3, Y, S and X vehicles.

California’s workplace regulator sued Tesla in February alleging pervasive racial discrimination, saying it had received hundreds of complaints from workers in regard to its Fremont, Calif., plant. In a separate suit, Tesla was ordered to pay millions to a former elevator operator who alleged a hostile work environment and racial harassment. And multiple women have filed sexual harassment complaints against Tesla alleging they were subjected to lewd comments, catcalling, inappropriate touching and discrimination at its facilities.

Tesla has denied fostering a culture of racism and harassment, and has sought to have some of the suits moved to arbitration so the matters are handled outside of court.

The Fremont plant also became the site of controversy in early 2020 when Musk defiantly reopened the factory despite county-level shelter-in-place orders that would have prevented workers from being on the job. Musk promised workers could stay at home if they felt uneasy. The Post later reported that some workers received termination notices despite that policy.

Tesla employees who spoke with The Post on condition of anonymity for fear of retribution said they are afraid to publicize their opinions, in part because a fellow employee was fired earlier this year after posting videos of the company’s “Full Self-Driving” software to YouTube. Those clips were later analyzed by The Washington Post.

“These [workers] are really, really scared” said one worker at a Tesla factory, who said they fear incurring the wrath of Musk himself. “He rules with an authoritarian fist.”

Beyond being CEO at both Tesla and SpaceX, Musk also founded tunneling firm the Boring Co. and Neuralink, which seeks to implant computer chips in people’s brains.

If the takeover is successful, Musk would inherit a company that has been racing to grow its userbase and revenue after years of lackluster financial performance. Twitter is the smaller peer of social media competitors such as Facebook and TikTok – both of which have amassed more than a billion users – and it has faced problems of declining user growth and concerns about monetization. Twitter has an estimated 217 million daily users by comparison.

Twitter is known to move slowly in releasing new products and features. After activist investor Elliott Management took a stake the company in 2020, Twitter set several ambitious goals for user and revenue growth by the end of 2023.

And the company recently went through a major leadership change. In December, Agrawal, who spent four years as chief technology officer, succeeded Dorsey as chief executive officer. Dorsey had also served as CEO of both Twitter and the online payments company Square, which had elicited criticism from investors that his time was too divided.

“Could you foresee a scenario where if he does take it over, he will make changes to the management team?” asked Mark Shmulik, a managing director at research firm AllianceBernstein. “It certainly looks that way but [it’s] hard to say.”

Twitter has been investing in new products such as its audio chatroom feature Twitter Spaces, which was meant to compete with the upstart Clubhouse. Musk has already hinted that he thinks there could be changes made to Twitter Blue, the company’s new subscription service that gives paying customers special features including the freedom to rescind tweets.

Conflicts could arise with employee if Musk took over and effectively said “stop what you’re currently doing this is what I want you to focus on,” said Shmulik.

Prompting more employee angst is the potential that Musk could change the way the company treats political content that may violate its rules around hate speech, harassment, and threats.

In the past, Twitter has been willing to go further than its social media peers to punish political leaders for for breaking its terms. Twitter also took the unprecedented move to permanently ban former president Donald Trump over his role in stoking the rioters who stormed the U.S. Capitol last year, prompting backlash from conservatives that the company was stifling their viewpoints.

On Thursday at the TED conference, Musk said that free speech means allowing others to voice opinions you disagree with.

The tech CEO said in a letter to Twitter Chairman Bret Taylor that he believes the company has the “potential to be the platform for free speech around the globe” — something he considered to be critical to a well-functioning democracy.

He thinks “the company will neither thrive nor serve this societal imperative in its current form. Twitter needs to be transformed as a private company.” 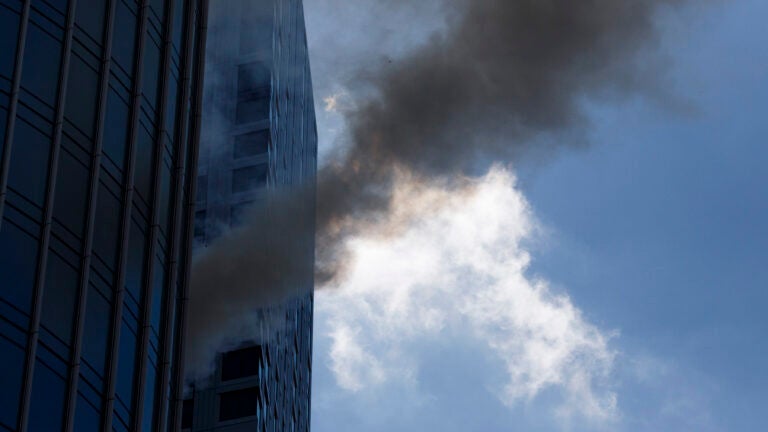