HP Hood’s oat milk may not be the trendiest brand of the dairy alternative, or even the most widely known, but Planet Oat is the most popular brand of oat milk in the U.S.

There’s a myriad of reasons why Planet Oat is on top. HP Hood says it spent a lot of time making sure people like the taste. It also describes its brand as approachable and fun, complete with cute and colorful packaging.

But if you ask The Wall Street Journal, HP Hood has its own prescience, another oat milk company’s excellent marketing, and that same company’s failure to meet demand, to thank for its success.

That other company is Oatly, whose punchy block letter ads you might remember. “It’s like milk, but made for humans,” one ad proclaims. “Another ad for our oat drink providing no reason at all why you should try it,” another jokes.

In the past few years, Oatly and oat milk have become trendy, largely because of Oatly’s successful advertising, the Journal reported.

The paper said that oat milk has become increasingly popular in coffee shops and grocery stores.

According to the Journal, oat milk is the fastest growing dairy alternative.

But while most Americans probably weren’t aware of Oatly until the last few years, the company has been in business in Europe since the 1990s.

The beverage manufacturer came together after researchers studying lactose intolerance at Lund University in Sweden found that oat milk was a great alternative to dairy milk, the Journal reported.

The Journal said the researchers thought oat milk was a good alternative for several reasons. Not only were oats cheap and widely available, but they also had a far smaller carbon footprint than dairy cows.

Additionally, oat milk foamed, unlikely other dairy alternatives, and it tasted good and had a similar texture to milk.

The researchers developed a way to make oat milk, and released the first-ever oat milk in 1995, the Journal reported.

Oatly remained a somewhat obscure company until 2012 when Toni Petersson became its CEO, the Journal reported. Petersson was a charismatic proponent of the plant-based eating movement and brought in his friend, John Schoolcraft, to revamp Oatly’s marketing.

Schoolcraft completely changed Oatly’s packaging, helping transform the brand from what the Journal called a “nerdy” brand focused on health, to a trendy, offbeat brand that challenged the dairy industry directly in its marketing.

Oatly’s hilarious TV ads — which switched the role of parents and children, with children trying to get their parents to “grow out” of cow’s milk — particularly made a splash.

In 2017, the Journal reported, Oatly started expanding to the U.S., and specifically targeted coffee shops, beginning with small, trendy coffee shops in New York City, and working up to become the supplier of oat milk for Starbucks.

But just weeks after launching with Starbucks, the company began experiencing shortages, the Journal reported. Eventually, the paper wrote, the coffee shop chain had to bring in another oat milk supplier.

The Journal reported that shortages weren’t new for Oatly. The company struggled to produce enough oat milk while attempting to ramp up production in the U.S. to meet the surging demand, the paper wrote.

At first, the Journal reported, Oatly relied on contractors to make its products, but contractors were unreliable and expensive. Then, it tried to open its own factories, one in New Jersey and one in Utah.

Ultimately, both plants suffered from poor planning and management, the Journal reported.

And that’s where H.P. Hood came in.

Chris Ross, the senior vice president of marketing, research, and development at H.P. Hood, said in an interview with Boston.com that the company spent a lot of time and effort trying to figure out consumers’ interests over the last 10 to 15 years.

“A lot of companies try to sell customers on the same old stuff,” he said. “We try to look for what the customer wants and give it to them.”

Ross said the company began developing and testing oat milk in 2013, but it took years to perfect the product’s taste and texture.

Using its existing distribution channels, Planet Oat started popping into grocery stores all over the country.

In 2020, Planet Oat became the exclusive oat milk provider for Dunkin’, a partnership Ross said has been incredibly successful.

Ross said sales of Planet Oat increased significantly every year since launch, and that the brand is now worth $65 million.

Right now, Planet Oat has a nearly 40% share of the category, which is more than double the next competitor.

When asked if the company credits Oatly for some of its success, Ross said the company recognizes that Oatly helped increase awareness of oat milk, but feels H.P. Hood did as well.

“We have a lot of respect and admiration for all the players in the category,” he said. “Ultimately, our attitude is ‘a rising tide lifts all boats.'”

But Ross said he also thinks the rise of oat milk in coffee shops as a cultural moment was influential in getting people interested in and comfortable with oat milk in general.

“I think coffee did for oat milk what smoothies did for almond milk,” he said.

Still, even though the popularity of oat milk is growing rapidly and dairy milk has been declining in sales for 40 years, Ross said, oat milk is nowhere near eclipsing dairy.

“Dairy is still a giant,” he said.

That could change over the next few decades, and if it does, Ross said H.P. Hood and Planet Oat will be ready and waiting. 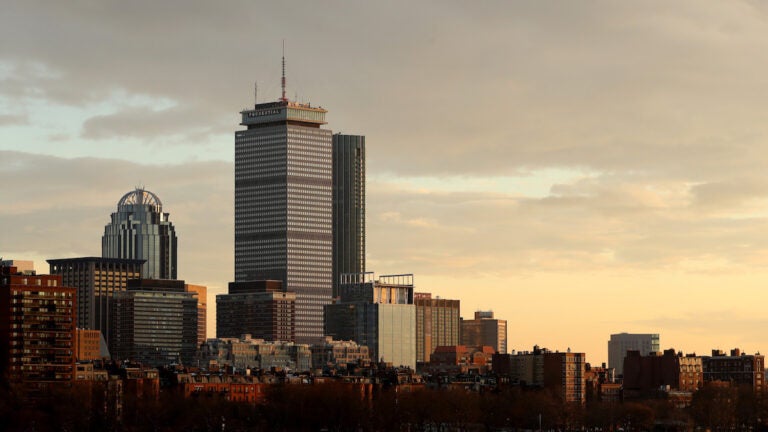