Rapper-turned-entrepreneur Sean “Diddy” Combs is branching out into cannabis, purchasing several licensed marijuana operations in Massachusetts as part of deal worth up to $185 million.

Combs has agreed to acquire retail stores and production facilities in New York, Massachusetts, and Illinois from Cresco Labs Inc. and Columbia Care Inc., which must divest some assets as part of a previously announced merger.

The Massachusetts operations include retail shops in Greenfield, Worcester, and Leicester, as well as a Leicester production facility.

If regulators approve the deal, Combs is on track to create the world’s largest Black-owned cannabis company and the nation’s first minority-owned, vertically integrated multi-state cannabis company, according to a Friday press release.

“My mission has always been to create opportunities for Black entrepreneurs in industries where we’ve traditionally been denied access, and this acquisition provides the immediate scale and impact needed to create a more equitable future in cannabis,” Combs, the chairman and CEO of Combs Enterprises, said in a statement.

He said that owning a vertically integrated company — with control over growing, marketing, retail, and wholesale distribution — is “a historic win for the culture that will allow us to empower diverse leaders throughout the ecosystem and be bold advocates for inclusion.”

While Black Americans represent more than 13% of the population, they make up only 2% of the nation’s cannabis company owners, according to a Leafly report. Meanwhile, people of color have disproportionately borne the brunt when it comes to enforcement of cannabis laws.

“It’s diabolical,” Combs told The Wall Street Journal in an interview. “How do you lock up communities of people, break down their family structure, their futures, and then legalize it and make sure that those same people don’t get a chance to benefit or resurrect their lives from it?”

In Friday’s press release, Cresco Labs CEO Charles Bachtell said the company was “thrilled” to welcome Combs and his team to the industry.

“For an industry in need of greater diversity of leadership and perspective, the substantial presence of a minority-owned operator in some of the most influential markets in the country being led by one of the most prolific and impactful entrepreneurs of our time is momentous … and incredibly exciting,” Bachtell said. 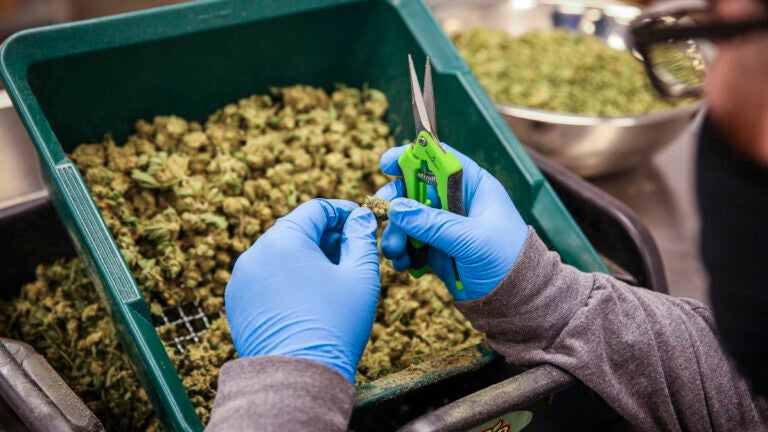