NEW YORK (AP) — Stocks fell sharply Wednesday as unease flared in far-ranging corners of financial markets, and Wall Street gave back a big chunk of the gains it had built in a rally running up to Election Day.

Several sources of disappointment were behind the drops. Worries rose about possible spillovers into other markets from the crypto industry’s latest crisis of confidence, where prices are plunging again, while a batch of sour profit reports from big-name companies like The Walt Disney Co. also hurt stocks. There’s also still uncertainty about whether Tuesday’s elections will result in a Congress that would prevent the kinds of sweeping economic changes that make Wall Street nervous

Looming over all of it is a report scheduled for Thursday, when the U.S. government will show just how bad inflation was across the country. That reading will likely have a big effect on how much further the Federal Reserve hikes interest rates to get inflation under control. Fears about such increases have been by far the dominant force shaking Wall Street this year.

“This is like a marathon and we’re in the early part of it,” said Sameer Samana, senior global market strategist at Wells Fargo Investment Institute.

The Federal Reserve has already hiked its key overnight interest rate up to a range of 3.75% to 4%, up from virtually zero in March, and a growing number of investors expect it to top 5% next year.

By making it more expensive for people and companies to borrow money, the Fed is intentionally slowing the economy and jobs market in hopes of stamping down inflation near its highest level in four decades. But the Fed threatens to create a recession if it goes too far, and high rates in the meantime drag down on prices for stocks and all kinds of investments.

Cryptocurrencies have felt some of the worst pain from the Fed’s whiplash move away from the record-low interest rates instituted during the pandemic’s recession. Bitcoin fell even further Wednesday, below $15,900 from its record of nearly $69,000 set last year. It’s down more than 14% over the last day.

This latest plunge for crypto, including a 17% drop for ethereum, comes amid worries about the financial strength of one of the industry’s biggest trading exchanges, FTX. A mega player in the industry, Binance, said late Wednesday it was walking away from a deal to buy its troubled rival, which needed a rescue after users began scrambling to pull their money out.

Binance said it made the move after doing its due diligence and looking at FTX’s accounting books, while also citing reports about how FTX handled its customers’ funds.

Earlier in the day, before Binance said it was nixing the deal, its CEO said that “FTX going down is not good for anyone in the industry.”

“Do not view it as a ‘win for us,’” Changpeng Zhao, who goes by his initials CZ, said in a letter to Binance employees that he posted on Twitter. “User confidence is severely shaken. Regulators will scrutinize exchanges even more.”

Stocks of companies embedded in the crypto economy also continued to sink. Robinhood Markets lost another 13.8% and is down 31.6% so far this week. Coinbase Global fell 9.5% to bring its drop for the week to 21.8%

Elsewhere on Wall Street, Disney sank 13.2% for the largest loss in the S&P 500 after reporting results for the latest quarter that fell well short of analysts’ expectations.

Facebook parent Meta Platforms was one of Wednesday’s rare bright spots for investors. It rose 5.2% after saying it will cut costs by laying off 11,000, or about 13% of its workforce, as it contends with faltering revenue and broader tech industry woes. It nevertheless is still down nearly 70% for the year so far.

The yield on the 10-year Treasury, which helps dictate rates for mortgages and other loans, fell to 4.08% from 4.13% late Tuesday. The two-year yield, which tends to more closely track expectations for Fed action, dropped to 4.60% from 4.66%. 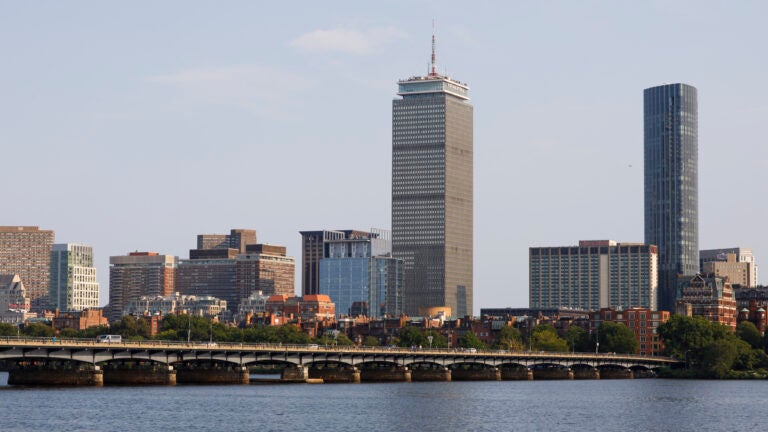