Hertz, which started with a fleet of a dozen Ford Model T’s a century ago and became one of the world’s largest car rental companies, filed for bankruptcy protection on Friday after falling victim to its mountain of debt.

The coronavirus pandemic has devastated Hertz by grounding business travelers and tourists, making it impossible for the company to continue paying its lenders. A sharp drop in used car prices has also decreased the value of its fleet.

“They were doing quite well, but when you turn off the revenues and you own all these cars and all of a sudden the cars are worth less it’s a very tough business,” said John Healy, an analyst and managing director with Northcoast Research in Cleveland.

Hertz said late Friday that it would use more than $1 billion in cash on hand to keep its business running while it proceeds with the bankruptcy process.

“Today’s action will protect the value of our business, allow us to continue our operations and serve our customers, and provide the time to put in place a new, stronger financial foundation to move successfully through this pandemic and to better position us for the future,” Paul E. Stone, its chief executive, said in a statement.

The bankruptcy filing excludes operations in Australia, Europe and New Zealand as well as the company’s franchisee locations. Hertz also said that it had sought aid from the federal government but that funding for its industry “did not become available.”

Though it had piled up $17 billion in debt, Hertz, which also owns the Dollar and Thrifty brands, was reporting healthy sales at the start 2020. The company’s revenue rose 6% in January and February.

But the pandemic dealt what the company has described as “a rapid, sudden and dramatic” blow. Sales dried up in March as much of the world started to shelter at home. Airports, where Hertz and its competitor Avis Budget Group earn most of their revenue, turned into ghost towns.

By late March, the company started to cut back on spending, sold some of its cars, furloughed workers and combined nearby outposts. Hertz management suggested that they had some room to maneuver, including access to $1 billion in cash.

“Hertz is a resilient company, with resilient brands and resilient people,” its chief executive, Kathryn Marinello, said in a statement at the time.

But Marinello resigned last week, and Hertz has since laid off or furloughed 20,000 employees, half of its work force. The company had cut pay for senior leaders in March, too, but reversed that decision recently.

The company’s march to bankruptcy began in late April when it missed a payment on a lease for some of its fleet, which includes about 667,000 cars, SUVs and other vehicles worldwide. It persuaded lenders to give it until midnight on Friday to put together a financial plan that they could accept. But in a filing this month, Hertz acknowledged the enormity of the task.

“If our business does not recover quickly and we are unable to successfully restructure our substantial indebtedness, obtain further waivers or forbearance or raise additional capital, there is substantial doubt that we will be able to continue as a going concern,” the company said.

Hertz had struggled in the years after the financial crisis of 2008 but had begun to turn around recently. Under Marinello, the company had improved operations, cut costs and reduced its debt, analysts said.

“I have no doubt that had the coronavirus not happened that Hertz would have eventually achieved its turnaround,” said Ryan Brinkman, an automotive industry analyst with J.P. Morgan.

Its peers were better suited for the moment. Avis Budget Group, which has less debt, said last month that it had access to enough cash to survive the year. Avis, which also raised $500 million in a bond sale this month, acted more quickly to cut costs, analysts said. Enterprise, a private company, is better diversified and not nearly as reliant on rentals at airports as either Avis or Hertz.

When Marinello took the helm of Hertz in early 2017, she inherited a troubled company.

In addition to amassing a lot of debt, Hertz had recently purchased too many compact cars, which have been falling out of favor with American drivers for years, and failed to meet corporate cost-cutting goals. Her predecessor spun off the company’s equipment rental business. Earlier, Hertz decided to move its headquarters from New Jersey to Florida, which led many seasoned executives to leave the company.

“The company lost a lot of momentum during that time,” Marinello told investors soon after taking over. She was the company’s fourth boss in three years. And Hertz had been poorly served by “incredibly optimistic demand forecasts” and misguided car purchases, she said.

By some accounts, the company’s modern difficulties date to 2012. That year, Hertz, under the leadership of Mark Frissora, bought Dollar Thrifty in a deal valued at $2.3 billion, a price that some investors and analysts believed was too rich.

“That was the beginning of their troubles,” said Betsy Snyder, a credit analyst at S&P Global Ratings.

In mid-2014, Hertz said it would need to correct its financial results going back three years because of a string of accounting errors. A few months later, Frissora stepped down.

Hertz had overstated income before taxes by $235 million, the Securities and Exchange Commission said last year. The company agreed to pay the regulator $16 million to settle fraud and other charges. Hertz sued Frissora and other former senior managers, seeking to recover at least $56 million in compensation and arguing that they had pressured subordinates to meet financial goals, which they did through the misleading accounting. The case is still pending.

Frissora does not agree that he is to blame for the accounting errors or the company’s current problems, Stephen Cohen, a spokesman, said in a statement.

“During his tenure at Hertz, Mark presided over substantial value creation and operational improvements,” Cohen said, noting that he was succeeded by several chief executives in the six years since he left Hertz. “Those CEOs, and not Mark, have set the company’s strategy and overseen its operations leading to the company’s current circumstances.”

Also in 2014, Icahn, the activist investor, disclosed that he had amassed a stake of almost 8.5% in the company. He has since gained control of three board seats and expanded his holdings in the company, most recently in March when he purchased about 11.5 million shares at $7 to $8 each.

The bankruptcy filing represents a devastating blow to an institution that began in the early days of the American automobile industry.

Hertz was founded in Chicago in 1918 when a former Ford Motor salesman, Walter Jacobs, bought a dozen Model T’s and formed Rent-a-Car, Inc. The business grew rapidly and, within five years, it had a fleet of about 600 vehicles, according to Hertz.

In 1923, Jacobs sold the company to John Hertz, the owner of Chicago Yellow Cab Co., who renamed it. Together, the pair expanded the business nationwide. In 1932, the company opened its first airport car rental facility at Chicago’s Midway Airport, according to Hertz. The next year, it started offering one-way rentals. By 1955, the company had more than 1,000 locations worldwide. Today, there are more than 12,000 corporate and franchisee locations.

Ford bought a controlling stake in Hertz in 1987 and sold it to three private equity firms — Clayton Dubilier & Rice, the Carlyle Group and Merrill Lynch Global Private Equity — in 2005. A year later, the private equity firms listed Hertz on the stock market in an initial public offering.

The company’s future is uncertain, though most analysts are optimistic that it can emerge from bankruptcy after restructuring its debt. 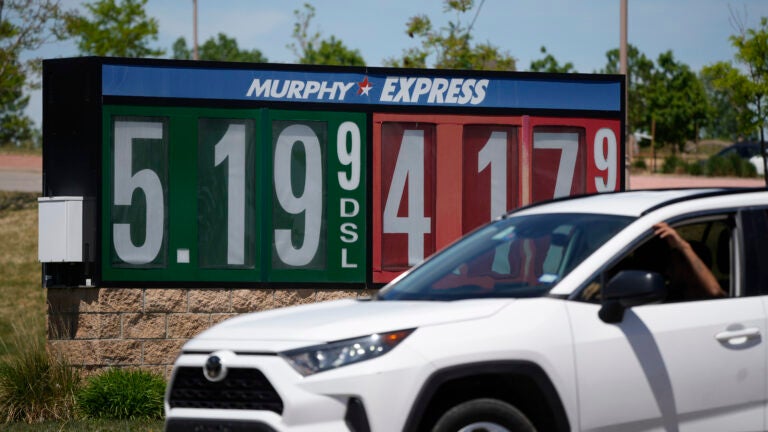