NEW HAVEN, Conn. (AP) — Yale University’s women’s soccer coach has left the school amid allegations of sexual misconduct by former players at a college where he previously coached.

Whether Faherty was fired or resigned was not disclosed by Yale. Faherty did not return messages seeking comment Thursday.

The student newspaper, the Yale Daily News, reported that former players at the University of New Haven, where Faherty coached from 2002 to 2009, accused him of groping one player and having a consensual relationship with another.

Faherty has not been criminally charged.

The NCAA has no ban on coach-player relationships, but urges schools to prohibit them.

The University of New Haven has long prohibited coach-student relationships, said Daniel Ruede, an associate director of athletics at the school. He declined further comment Thursday.

Yale officials did not disclose the exact reason for Faherty’s departure, but cited the allegations reported by the Yale Daily News in a statement.

“The Yale Daily News shared deeply troubling information with the university, none of which was made known to the university in the interview and vetting process,” the statement said. “As of November 20, 2019, Mr. Faherty is no longer employed by the university.”

The women’s soccer team went 11-4-1 this season, but wasn’t selected for the NCAA tournament.

Meredith was among more than 50 people charged in the college admissions scheme, which involved wealthy and famous parents accused of paying bribes to rig their children’s test scores or to get them admitted to elite universities as recruited athletes.

Meredith pleaded guilty in March and awaits sentencing for taking hundreds of thousands of dollars in bribes in exchange for pretending applicants were recruits to boost their chances of getting into the school. 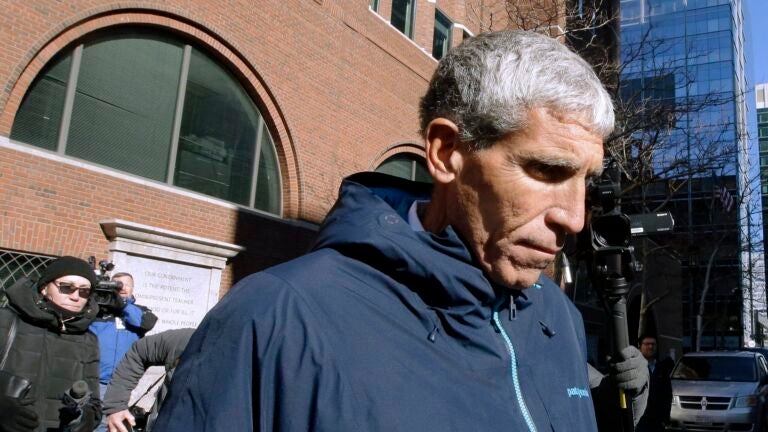