They’ve interrupted international sports competitions, committed break-ins, and even starred in their own documentary.

The Harvard Undergraduate Association voted on Sunday to allocate $1,000 toward piloting the turkey as the school’s mascot, The Harvard Crimson reported. The initiative is aimed at addressing a perceived lack of school spirit.

The turkey mascot will make its unofficial debut at Saturday’s Harvard-Yale tailgate, with the funding going toward a turkey suit and promotional material.

“Harvard is a fantastic school with top resources and a vibrant, talented student body. There really is no place like it,” Bulwa told Boston.com in an email interview. “But over the years I noticed there wasn’t the ‘traditional’ sense of school sports spirit that we see across the country. Especially because Harvard boasts the largest D1 sports program in the nation, I was curious to hear students’ opinions about their thoughts and experiences.”

More than 70% of survey respondents agreed that the college needed a mascot, Bulwa found.

He offered two potential mascot choices in his survey: The turkey, which won 36.27% of the vote, and the lobster, which came in second with 14.71%.

“The city of Cambridge and Harvard’s campus is filled with wild turkeys just walking around,” Bulwa explained. “It’s truly strange, and very unique. Every student on campus has a personal story with a wild turkey encounter, many ending in the turkeys actually chasing students down.”

About one-fifth of respondents favored other mascot options, while nearly 30% said Harvard doesn’t need a mascot at all.

The school’s official mascot is pilgrim-like John Harvard, though its athletic teams compete as the Harvard Crimson. Harvard’s upperclassmen residential houses also have mascots, a source of student spirit and connection, according to Bulwa.

He said the turkey isn’t meant to replace the Crimson branding, but to interact at sporting and campus events — similar to Stanford University’s unofficial tree mascot, or Cornell University’s bear.

People usually react with skepticism when they first hear of the concept, Bulwa said.

“Yes it’s a little silly and a little out of left field,” he acknowledged. “But in my opinion, something a little silly is just what Harvard could use to more fully connect the student body.”

He also emphasized that nothing is final or certain.

“When we set up a table with the suits on Saturday, we may soon get the idea that the student body is not in favor of the idea,” Bulwa said. “In that case, hopefully we’ll hear more from students on whether they want a mascot and what that potentially could be.”

However, the feathered fowl have already attracted something of a fan base at Harvard.

A 2016 campaign to establish a turkey mascot proved unsuccessful, though On Harvard Time — a student-run internet comedy news show that backed the attempt — declared the bird Harvard’s unofficial mascot anyway.

“When turkeys first descended upon the scene, there was a fair bit of grumbling about these large birds holding up traffic and destroying mirrors,” Barnes said in an email interview.

But, she added, “rather than retreat — as most wildlife might do — turkeys have persisted. No matter how much we honk our horns or wave an umbrella, they simply don’t give a toss. Ultimately, I think that sense of self and profound confidence has won our respect.”

Asked whether turkeys make good mascots, Barnes acknowledged that the birds have had an unfavorable reputation.

“But turkeys are fierce and will unhesitatingly take on humans, dogs, and birds of prey,” she said. “They’re also proud and stick together, as any team should be and do. In that regard I can easily see them as a school mascot.” 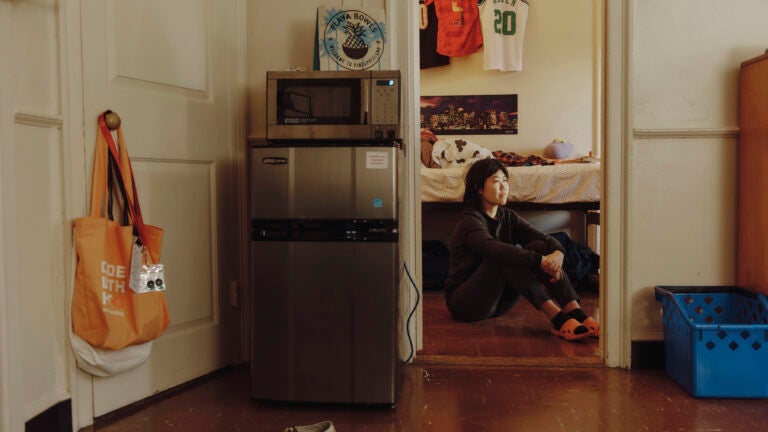