Understanding the financial burden that many students and their families are facing during the coronavirus pandemic, University of Massachusetts system President Marty Meehan announced Tuesday that he intends to freeze in-state tuition rates for the second year in a row.

In his annual state of the university address, filmed at a UMass Medical School research laboratory, Meehan said he would recommend that the university’s Board of Trustees freeze tuition for in-state undergraduates for the academic year beginning in September.

With the intention of lessening the financial burden on our students and their families, I intend on recommending to the @UMass Board to Trustees that we freeze in-state tuition for undergraduate students. https://t.co/J2G0bw7gKo pic.twitter.com/nBS3ZWAsKB

“To lessen the financial burden on our students and their families, many of whom have suffered from job losses, business closures, and other impacts of the COVID-19 crisis, I intend to recommend to the UMass Board of Trustees that we freeze tuition for in-state undergraduate students for the second consecutive year,” Meehan said.

Board Chairman Robert Manning suggested in a statement Tuesday that he’s in support of a freeze for the university’s 75,000-student system.

“President Meehan’s recommendation reflects his recognition that our students and their families have been dealing with significant financial hardship throughout this pandemic,” Manning said. “The Board shares this concern, and also knows that the skilled management of university by President Meehan and our five chancellors makes this freeze possible.”

In July, the board followed Meehan’s recommendation for a tuition freeze during the current academic year, approving a $3.3 billion operating budget that kept rates the same as they were for in-state undergraduate students during the 2019-2020 academic year. The move meant the system would forgo $18.6 million in revenue.

Annual tuition costs vary across UMass campuses, but if approved, this second freeze would ensure that the system-wide average in-state tuition remains at $14,722.

It would not include a freeze on mandatory fees or room and board costs, which have continued to rise, though UMass officials noted that tuition costs at the institution are still the fifth lowest compared to other public New England universities.

President Meehan said the tuition freeze is possible through expected aid from the federal government’s American Rescue Plan, a recently-approved stimulus package that includes $35 billion in aid to students and institutions.

In the virtual address — which was released on the one-year anniversary of UMass transitioning to online learning and work in response to the coronavirus — Meehan added that the system aims to have “near normal operations” up and running by fall 2021, with most students attending in-person classes and a majority of employees returning to all campuses. 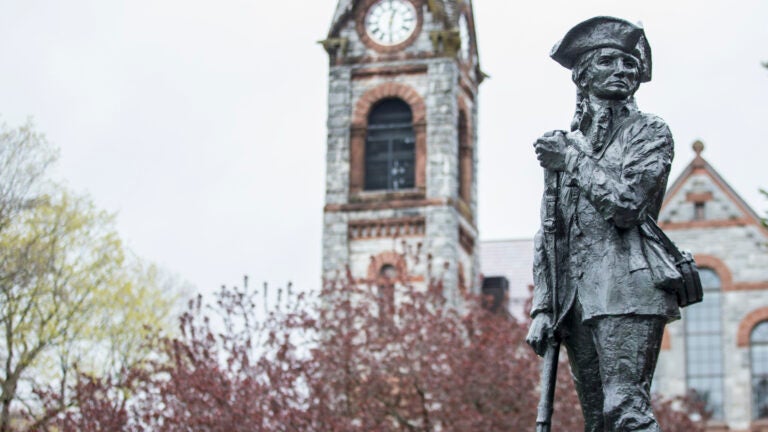