The Massachusetts Institute of Technology canceled a visiting professor’s lecture after many took to Twitter to call out his views on diversity, equity, and inclusion in higher ed.

The university cited “current distractions” in its decision to nix a John Carlson Lecture — a prestigious honor — to be given by University of Chicago professor Dorian Abbot, the Boston Herald reported. Abbot, who works in the university’s Department of Geophysical Sciences, was set to give a lecture on planets and climate hosted by MIT’s earth, atmospheric, and planetary sciences department.

On Tuesday, Abbot posted about the experience, saying his lecture was canceled because of an “outrage mob on Twitter.”

“My crime? Arguing for academic evaluations based on academic merit,” he wrote.

On Sept. 22, he said, a group of MIT students, post docs, and alumni took to Twitter to demand he be uninvited. Abbot wrote that on Sept. 30, MIT’s department chair told him they’d be canceling the lecture to “avoid controversy.”

“It’s worth stating what happened again: a small group of ideologues mounted a Twitter campaign to cancel a distinguished science lecture at the Massachusetts Institute of Technology because they disagreed with some of the political positions the speaker had taken,” Abbot wrote. “And they were successful within eight days.”

On Aug. 12, Abbot wrote an op ed for Newsweek with fellow academic Ivan Morinovic, titled “The Diversity Problem on Campus.” It’s the views expressed therein that many called out on Twitter, including what several called out as an inappropriate comparison to Nazi Germany.

“Ninety years ago Germany had the best universities in the world,” Abbot wrote. “Then an ideological regime obsessed with race came to power and drove many of the best scholars out, gutting the faculties and leading to sustained decay that German universities never fully recovered from. We should view this as a warning of the consequences of viewing group membership as more important than merit, and correct our course before it is too late.”

MIT told the Herald the lecture will not be held this year, and Abbot was invited to present his work on campus to students and faculty.

“We felt that with the current distractions we would not be in a position to hold an effective outreach event,” Professor Robert van der Hilst, head of the Department of Earth, Atmospheric and Planetary Sciences, told the Herald. “I made this decision at my discretion, after consulting with faculty and students in the department, and knowing that some might mistake it as an affront on academic freedom — a characterization I do not agree with.”

The Academic Freedom Alliance spoke out in support of Abbot, however, saying they were “dismayed” by MIT’s decision.

“I write on behalf of the Academic Freedom Alliance to express our firm view that this disinvitation represents an egregious violation of the principles of academic freedom and an abnegation of MIT’s own stated commitment to freedom of thought,” Keith Whittington, AFA chair, wrote in a letter.

Abbot will host his prepared lecture virtually in partnership with Princeton on Oct. 21. 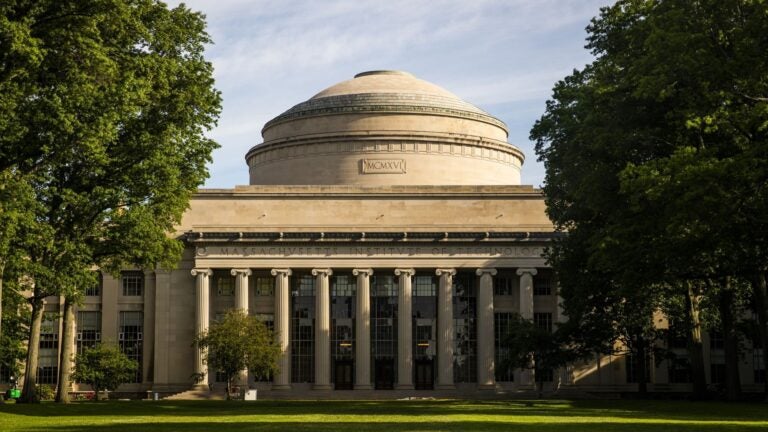