Although support for capital punishment among Americans is lower now than it has been at any point in the last 50 years, a recent move by President Joe Biden’s administration to recommend the death penalty for Boston Marathon bomber Dzhokhar Tsarnaev has revealed the issue is contentious even among those who are typically anti-capital punishment.

The president’s administration has allowed attorney general Merrick Garland’s Justice Department to continue pursuing a death sentence for Tsarnaev for the 2013 bombings, and last week requested that the Supreme Court reinstate the death sentence for this case after a judge overturned it last summer.

Given the dispute over the issue, we asked Boston.com readers how they felt about the Biden administration’s push for the death penalty for Tsarnaev. Readers were largely in support of the move, with 48% of the 1,311 people polled saying that they agreed with the death penalty not only for Tsarnaev but wherever warranted. Twenty-three percent said they were usually against capital punishment, but not in this instance, and 27% said the government should never be in the business of killing people.

“He has no remorse. He has shown no sympathy. He had no issue taking lives and wanted to take as many as possible,” Jessica of Waltham told Boston.com. “This wasn’t an accident. He deserves to die.”

Among the supporters of this recommendation are Gov. Charlie Baker and Suffolk County District Attorney Rachael Rollins, who said the president was doing “the right thing.” This week, The Fraternal Order of Police urged the U.S. Supreme Court to reverse the lower court ruling that vacated Tsarnaev’s death sentence.

Despite the support from the president’s administration and his Department of Justice, several Massachusetts lawmakers are firmly opposed to the death penalty in this case or any other. Among those who’ve publicly opposed the move are acting Boston Mayor Kim Janey, several members of the Massachusetts delegation, including Reps. Jim McGovern and Seth Moulton, and Rep. Ayanna Pressley, who said she was “deeply disappointed” by the administration’s recommendation.

Some readers are equally opposed to the possibility of the death penalty being used in this case.

“When the government kills someone, no matter how despicable, every citizen is taking part in that killing,” said Josh of Dorchester. “That makes me deeply uncomfortable.”

There were 143 Boston.com readers who elaborated their thoughts on the issue. Below is a sampling of their responses.

Yes, I’m in favor of capital punishment, wherever warranted

“I feel quite strongly that Tsarnaev should get the death penalty. He took the lives of three innocent people and injured hundreds of others while terrorizing the entire city and surrounding area for days. I find it offensive that some of our ‘leaders’ want to keep him alive with taxpayers’ money for him to have three meals a day and a bed. It is a disgrace that these types of cases keep getting appealed and drag on for years. Gary Sampson has been facing the death penalty for 17 years. Something has to change.”  — Tom, South Boston

“Giving a heinous criminal a life of free food, clothing, and entertainment isn’t much of a deterrent. Providing the bomber the privilege of living will cost taxpayers millions of dollars which could be used for helping others.”

“The traditional anti-capital punishment argument does not apply to terrorism or other international attacks. The rules of engagement — and punishment — are different. The trial should have been held in a military court with a quick execution of sentence.” — Dan, Sharon

“Keeping him alive in a box at taxpayer expense for the next 40 years makes no sense. Can’t rehabilitate him, he’ll never contribute. He forfeited all of his rights to basically everything when he did what he did. Sad, yes. No way he understood the magnitude of what they were doing or the toll on the families/region, yet here we are … He should go.”

“The terrorist hurt a huge number of people and spectators and families. He has no morals to have planted splintering bombs! The marathon will never be the same!” — Tessa, Providence

“I personally feel that the death penalty is warranted in this situation. Dzhokhar Tsarnaev is a man who has no regard for human life. Three people were killed and [hundreds] injured as a direct result of his actions on that day in 2013, and the lives of countless others were turned upside down. If he actually felt remorse for what he did, then maybe I would feel differently in this situation.” — Derek, Dayton

“Punishments should be significant enough to deter the criminal acts that precede them.” — Steve, Quincy

No, the government shouldn’t be in the business of killing people

“I suspect if this bombing had happened outside of Massachusetts, many more people would be against the death penalty. It was an attack on Bostonians, on their turf, on Patriots Day, and on the Boston Marathon. It was a shocking and very personal event — with the perpetrators themselves in the crowd with a backpack. I am against the death penalty, but there are certain cases where it’s easier to make the argument for it. Send Tsarnaev to the worst prison possible. Maybe that will be worse than a quick death.”  — Lauren, Arlington

“The killing of humans, by humans, is wrong.” — David, Milton

“The federal government should respect the Commonwealth’s stance and conventions on capital punishment.” — Heath, Revere

“Never understood how the same people who don’t trust the government to deliver the mail trust the government can determine if someone deserves death. We have too many people proven to be wrongly convicted for capital punishment to be an appropriate sentence.”  — Johnny, Dorchester

“Even if I believed in the death penalty in theory (which I don’t) I don’t think this crime would warrant it. He was a kid who was led astray and brainwashed into doing something horrible. He should be in prison — probably forever — but his brother is truly the one to blame and he’s already paid the price. The vitriol and mob mentality that I see and hear from my fellow Bostonians directed at this person makes me question everyone’s humanity.”

“With the costs associated [with] paying for the lawyers, for the appeals processes, and other associated legal fees, the death penalty is far more expensive than life in prison. That monster doesn’t deserve to have any more taxpayer dollars than absolutely necessary spent on him.” — Brett, Hanson

“Killing Tsarnaev does not undo his actions. It does not serve as a deterrent. What the death penalty does is single the U.S. out as a rogue country to our allies who do not have the death penalty. The state should not be in the business of executions. I live in Florida now where the state has executed several innocent people who were wrongly convicted. There is no righting that wrong. Although there is no doubt about Tsarnaev’s involvement and guilt, we must think beyond this individual case.” — Jan, Winter Springs (formerly Bridgewater)

“What does it solve? Why take a life to show that taking a life is morally reprehensible?” — Rick, Plymouth

I’m usually against the death penalty, but not in this case

“I would like to see the death penalty abolished. It has been disproportionately levied against minorities and many people have been found innocent after being executed. The government should not be in the business of killing people. However, Dzhokar Tsarnaev murdered innocent people, including children, when he blew up the finish line at the marathon. He maimed hundreds physically and who knows how many thousands he damaged psychologically. He murdered a police officer in cold blood and another one who died a year later. If anyone deserves to be executed, it’s him. He’s a terrorist who chose to target the people of Boston, he took the lives away from five people who had their whole lives to live, and he deserves to die for his crimes.” — Matt, Natick

“There is no question of guilt in this case. That is important. I oppose death penalties because I don’t trust the system but he deserves to die for what he did. The deaths were tragic enough to justify this penalty in this case.” — John, Peabody

“As a [registered nurse] caring for the victims, I was emotionally moved by my patients and their families. While I am not an advocate of the death penalty, I feel in this case it would be justified.”    — Nancy, Acton

“In principle, I  am in favor of capital punishment for a narrow set of heinous crimes which result in the loss of life. However, I generally oppose the death penalty because I don’t trust the justice system to get it right and the taking of a life is too high a price to pay for a mistaken conviction. In this particular case, the crime is sufficiently heinous and the conviction was the correct outcome.” 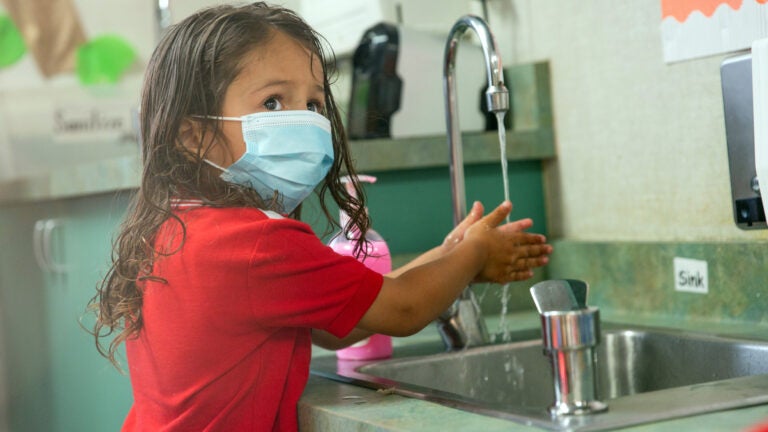