After more than a year of living through a pandemic-induced recession, financial stress is on the minds of millions of Americans.

The country is facing high unemployment and financial stress over retirement, education costs, healthcare, and more looms over many households. Thankfully, unemployment numbers nationwide are dropping as much of the country emerges from lockdown. Massachusetts is in line with the national trends. In the first week of July, the state was one of five with the largest decreases in unemployment claims, according to the Department of Labor.

We asked readers how the pandemic has impacted their financial plans and heard from more than 60 people sharing how the last year has changed the way they think about their money in both good and bad ways. Among the biggest concerns for the readers are retirement, homeownership costs, student loan debt, rent, and day-to-day expenses.

Readers also told us they were worried about inflation, child care costs, investing, and more.

“For years I have lived on one credit card and I paid it off each month with my social security check in full each month,” Linda Russell, who told Boston.com her biggest financial concern over the last year has been day-to-day expenses, said. “Everything — and I mean everything — has gone up so much that it’s impossible to try to live this way now. I can’t pay it in full each month, so now I’m paying interest rates on money I don’t have! I’m at the point I’m overwhelmed with what to do.”

“They’re all looking at their finances in different ways, they’re reevaluating their spending habits, are thinking about how they can save for the future, and adjusting where necessary,” she said.

A recent poll from CreditNinja.com found that the average person in Massachusetts starts worrying about retirement at just 25-years-old. Thirty-six percent of Americans older than 55 said the pandemic has them rethinking the viability of their retirement. According to State Street’s study, worry about retirement is also high among younger generations. Sixty-six percent of millennials and 68% of Generation X are concerned about saving enough for retirement, compared to 44% of boomers.

“I had planned to retire this year but that is now on hold,” said one 66-year-old reader. “I really feel that I need to work until I physically cannot. The pandemic has flipped our lives upside down and our financial situation is too uncertain to rely on our retirement income plan.”

Some of our readers have been able to financially weather this last year, and are now thinking about what next steps they can take with the money they’ve been able to save this year. Tim from Boston said that the pandemic allowed him to take on more work and finally pay off significant credit card debt after years of working paycheck to paycheck.

“Like many, I was laid off for a period during the pandemic, but since then, I have been working more than ever,” he said. “With this, I have paid off all my credit cards and have built up savings of a few months expenses while accelerating paying down my student loans. With this focus, my credit score has increased by over 300 points in the past 18 months. This unfortunate event has lead to several improvements in my financial situation.”

Ryan said this isn’t an uncommon scenario. They’ve even seen an “influx of individuals who have started investing in the market for the first time.”

“The pandemic has affected every individual differently. There are many people who lost their jobs or found themselves in very stressful financial situations. People that are really trying to make ends meet and get their finances back on track,” she said. “Then we have a group who have been more fortunate. They did not suffer losses, and in fact, probably have saved more money over the last few months than previously.”

For many Americans, the uncertainty of the pandemic has taken its toll in ways that couldn’t have been planned for. Steve from Jamaica Plain said while his household was able to maintain its financial situation in the early days of lockdown, things began to change the longer the pandemic went on.

“The case became that my very demanding boss more than doubled my workload, causing me to become more stressed. Tack on my wife being laid off from her think tank job, things quickly developed, and I quickly got burnt out trying to make everything work,” he said. “Now being reduced to a one-income house, my wife, myself, and our dog Ziggy moved out of our apartment due to our increasing rent and income reduction. We were able to sell our cars and we now currently live out of a camper van. I hope it’s the case that this is just temporary.”

“We encourage people to put together a budget and try to create better habits. Whether that’s dollar-cost averaging or making your contributions to your 401k if you have one available to you. It’s really important to be mindful of costs,” she said.

The stress of the pandemic has some readers thinking differently about what they want their relationship to work and money to be moving forward.

“The pandemic has made me rethink what I need and want to do with my life,” said Bill from Woburn. “It was really a slap in the head that I was living to work. Once the pandemic came, it became more of an enjoy more of family and life mindset while still working.”

Boston.com occasionally interacts with readers by conducting informal polls and surveys. These results should be read as an unscientific gauge of readers’ opinion. Some responses have been edited lightly for clarity and grammar. 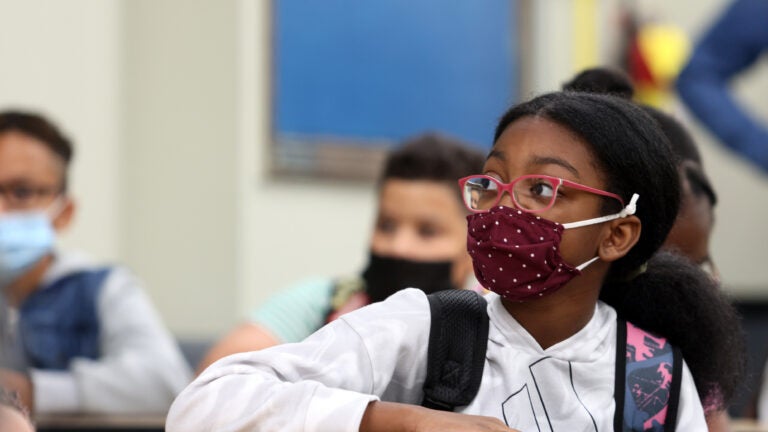 We asked, you answered: Here's how parents feel about the return to school