Boston is heading for a historic general election for mayor on November 4.

After this week’s preliminary election ended with Michelle Wu and Annissa Essaibi George as the top candidates, we asked Boston.com readers who they’ll be voting for come November. While some are still weighing their options, most of the 676 readers polled said they’ve already decided on their candidate of choice. Fifty-three percent of readers said they’ll be voting for Essaibi George, while 40% said they’d be casting their ballot for Wu.

The two came out ahead of the three former candidates in the race, City Councilor Andrea Campbell, former city economic development chief John Barros, and acting Mayor Kim Janey. After all the ballots were counted, early Wednesday morning, Wu had won 33.36% of the vote and Essaibi George won had 22.48%, placing them on the ballot for the general election.

Despite differing in who they’ll be voting for, most readers said they expected the results of preliminary elections to be exactly what they were. Of those polled, 78% said they were unsurprised by the results. Wu and Essaibi George taking the top slots was “a perfect example of Boston moving forward,” said Peter Bagdis of Brighton.

Six percent of the readers we polled said they’re still undecided about who to vote for. As the election heats up in the next couple of months, Boston.com will continue the key moments in the race and clarify each candidate’s key policy points with a continually updated election live blog.

Wu has established herself as the progressive candidate in the race with policy promises to make the MBTA free and re-establish rent control in the city. Essaibi George, on the other hand, was arguably the most moderate candidate in the race. Her supporters have praised her for “practical” stances, particularly on policing and education.

Despite their ideological differences, their candidacies are both historic in their own right. Regardless of who wins the race, Boston will have its first elected female mayor.

“I am very excited to see two women candidates of color on the ballot, and I do hope they will follow through on the progressive ideas they are currently championing,” said Daniela Coray of Brighton.

We asked readers to share their thoughts about the two candidates for mayor and the results of the preliminary elections overall. More than 50 people gave us insight into how they’ll be voting come November and what they think this election will mean for Boston. Ahead, you’ll find a sampling of their responses.

“Crime is a missing factor so far. I think Annissa may be better for crime and safety.  This is a topic that can have a definite impact on the economy.” — Eric, South End

“Essaibi George has realistic ideas and is willing to stand up to the ideological excesses of the current progressive movement. She’s got a FAIR plan for Boston Latin and she’s business-friendly which is what we need coming out of the pandemic. Anissa Essaibi George’s got my vote.” — Brian, Roslindale

“There’s an old saw about how the mayor must get the snow cleared, the potholes filled, and so forth, regardless of political party, since being mayor is having to deal with the most local of all local politics. Essaibi George has a much better grasp of what the job actually entails, so should win (perhaps even handily) come November.” — John, Beacon Hill

“I am surprised that Annissa topped Kim and Andrea, but knew that Michelle would come out on top as the first choice. She has had a mayoral air about her since she first joined the political fray eight years ago. More than that she has talked about her interest in cohesive community zoning planning and larger-scale initiatives that protect our regional uniqueness and care for those in smaller socio-economic brackets since she first came on board. That sold me. I have no doubt she will emerge as our new mayor in the general election!” — Anonymous

“I am happy Michelle Wu came out on top. I believe she will prevail and am happy that Boston is going in a progressive direction for our city’s executive leader.” — Vincent, Dorchester

“The results of the primary were as expected. Wu solidified herself as a prime contender from the start announcing early her intentions to run. It was really a race for second.” — Michael, South Boston

What do you think about the results of the preliminary election?

“I think it was expected that the progressive vote would be split across multiple candidates, creating an opportunity for Essaibi George to consolidate the more moderate vote and claim the second spot in the final election.” — Sally, Jamaica Plain

“Very sorry that no Black candidate advanced to the next round of voting. My choice would have been Andrea Campbell.” — Anonymous

“Really surprised that an acting mayor, who is fairly successful thus far, was unable to get more than 12.5%.” — Steve, Jamaica Plain

“I’m afraid voters in Roxbury, Mattapan, and Dorchester either didn’t come out to vote or split their vote between Campbell (whom I voted for) and Janey, ensuring that neither would make the final. The latter two combined for 39 percent of the vote. If voters in these neighborhoods don’t vote in the final, AEG is going to win.” — Anonymous 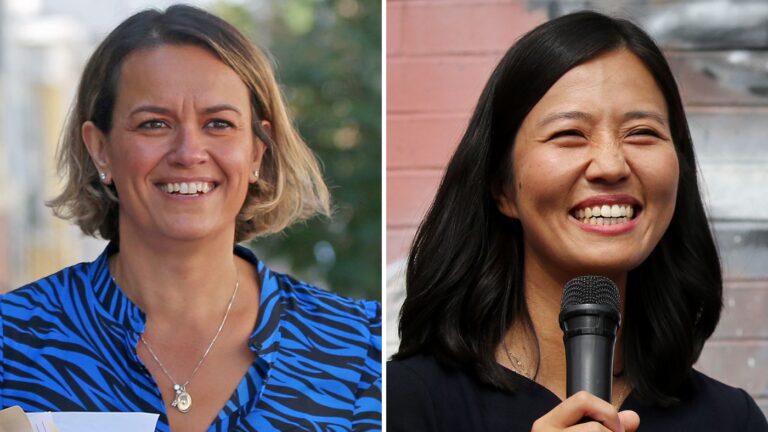 What does it mean to have two women running for Boston's next mayor?