STOCKHOLM — She stood leaning on her cane, briefly resting among dozens of bubbly young Swedes out enjoying one of the first sunny spring days of the year.

“I’m trying not to get too close to people,” said Birgit Lilja, 82, explaining that she had left her house to pick up a new identity card in person. “But I trust them to be careful with me.”

Trust is high in Sweden — in government, institutions and fellow Swedes. When the government defied conventional wisdom and refused to order a wholesale lockdown to “flatten the curve” of the coronavirus epidemic, public health officials pointed to trust as a central justification.

Swedes, they said, could be trusted to stay home, follow social distancing protocols and wash their hands to slow the spread of the virus — without any mandatory orders. And, to a large extent, Sweden does seem to have been as successful in controlling the virus as most other nations. 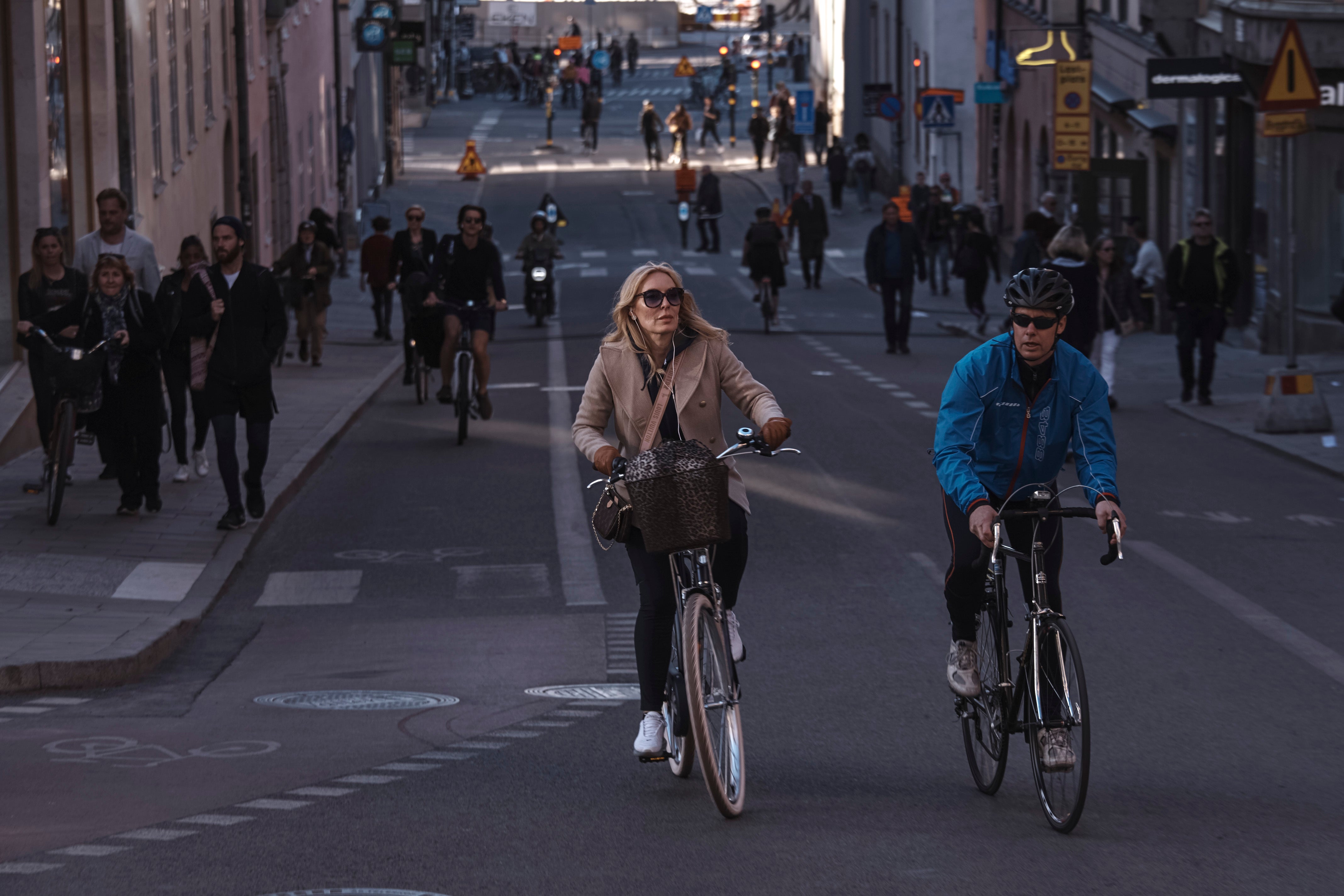 Götgatan Street in Sodermalm, Stockholm. Sweden has placed no limits on public transport.

Sweden’s death rate of 22 per 100,000 people is the same as that of Ireland, which has earned accolades for its handling of the pandemic, and far better than in Britain or France.

Yet, on this warm spring day, at least, there was little evidence that people were observing the protocols — adding further mystery to Sweden’s apparent success in handling the scourge without an economically devastating lockdown.

All around Lilja along Skanegatan Street in the Sodermalm neighborhood of Stockholm, younger Swedes thronged bars, restaurants and a crowded park last week, drinking in the sun.

They laughed and basked in freedoms considered normal in most parts of the world not long ago, before coronavirus lockdowns, quarantines and mass restrictions upended social norms. As other nations in Europe begin to consider reopening their economies, Sweden’s experience would seem to argue for less caution, not more.

“My respect for those who died, but we are doing something right here in Sweden,” said Johan Mattsson, 44, as he was having a drink at a cafe on Skanegatan Street.

The restaurant consultant praised the freedoms he had in Sweden compared to other countries. “I’m not seeing very different statistics in many other countries,” he said. “I’m happy we didn’t go into lockdown. Life has to go on.” 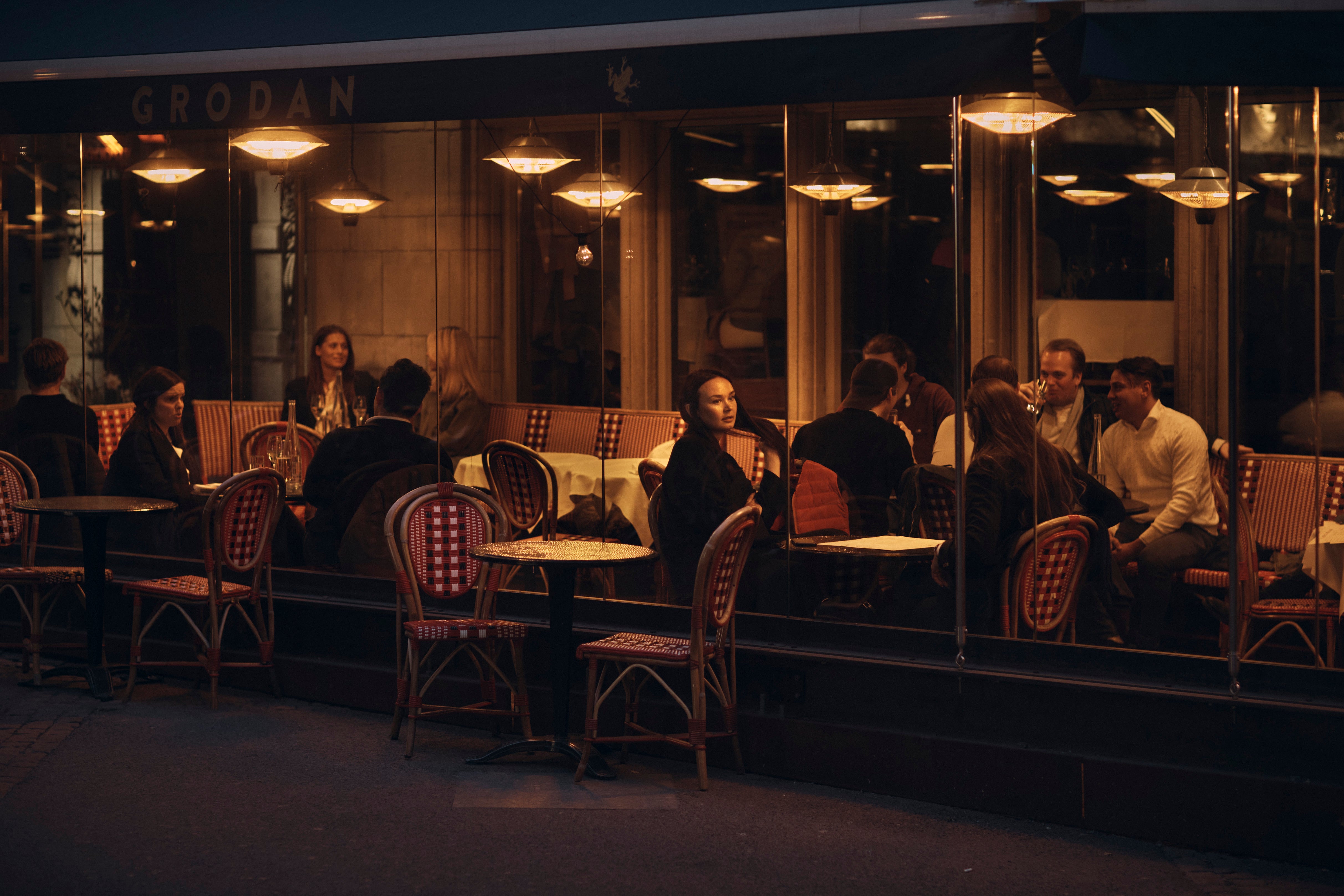 Diners at a restaurant in Stureplan, Stockholm, on Friday.

While other countries were slamming on the brakes, Sweden kept its borders open, allowed restaurants and bars to keep serving, left preschools and grade schools in session, and placed no limits on public transport or outings in local parks. Hairdressers, yoga studios, gyms and even some cinemas have remained open.

Gatherings of more than 50 people are banned. Museums have closed, and sporting events have been canceled. At the end of March, authorities banned visits to nursing homes.

That’s roughly it. There are almost no fines and police officers can only ask people to oblige. Pedestrians wearing masks are generally stared at as if they have just landed from Mars.

On Sunday, five restaurants were closed down for failing to observe social distancing requirements. They were not fined, however, and will be permitted to reopen after passing an inspection, said Per Follin, regional medical officer with the Department of Communicable Disease Control and Prevention.

Throughout the crisis Sweden has had enough intensive care units to deal with COVID-19 patients, the minister of health and social affairs, Lena Hallengren, said in an interview, referring to the disease caused by the virus. “We have 250 empty beds right now.”

A compilation of mortality figures by The New York Times found that many countries were undercounting COVID-19 deaths by the thousands, while Sweden reported just 400 more deaths than expected between March 9 and April 19.

This is not to say that Sweden has escaped COVID-19’s deadly consequences entirely.

The Swedish Public Health Authority has admitted that the country’s seniors have been hit hard, with the virus spreading through 75% of the 101 care homes in Stockholm. Employees of the homes complain of shortages of personal protective equipment. 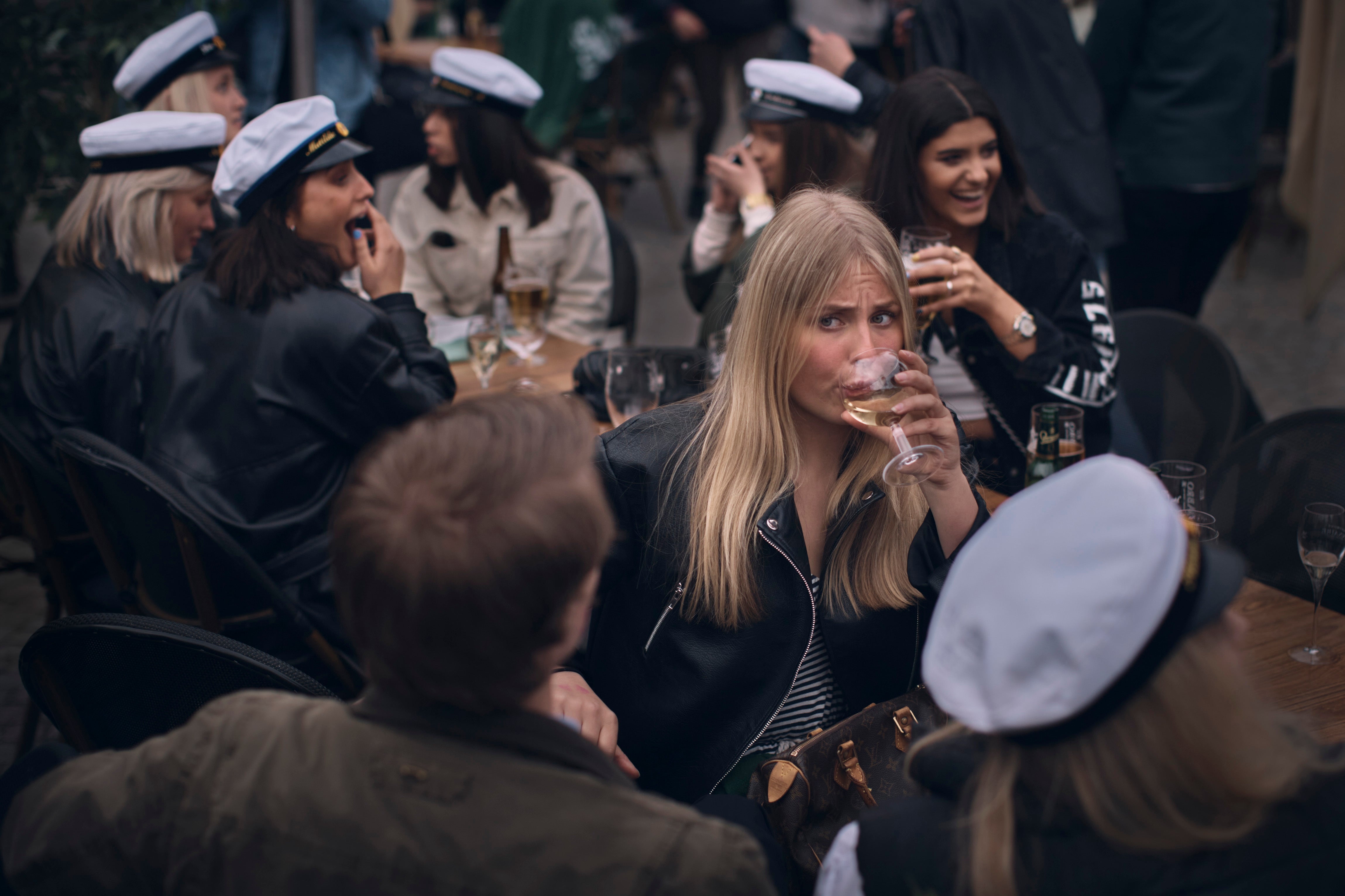 Students in Stockholm celebrating the completion of their secondary education last week.

The authority announced last week that more than 26% of the 2 million inhabitants of Stockholm will have been infected by May 1. But even that figure was presented as something of a win: a number of infections that might limit future outbreaks, reached without suffering an inordinate number of deaths.

The freer approach has not fully insulated Sweden’s economy, mainly because the country is dependent on exports, the minister of finance, Magdalena Andersson, said. She said the economy was likely to shrink by 7% this year, “but of course hairdressers, restaurants and hotels are less affected compared to other countries.”

From the first signs of the pandemic, the Swedish Public Health Authority decided that a lockdown would be pointless. “Once you get into a lockdown, it’s difficult to get out of it,” the country’s state epidemiologist, Anders Tegnell, said. “How do you reopen? When?”

Scientists like Tegnell, who has become something of a celebrity in Sweden, and not politicians have driven the debate over the coronavirus response.

Political leaders rarely attend news conferences about the virus, and the Swedish Constitution prevents the government from meddling in the affairs of independent administrative authorities, such as the Public Health Authority.

While there was some early talk in Sweden of achieving “herd immunity,” which would mean infecting at least 60% of the population, Tegnell denies that was ever the government’s policy. 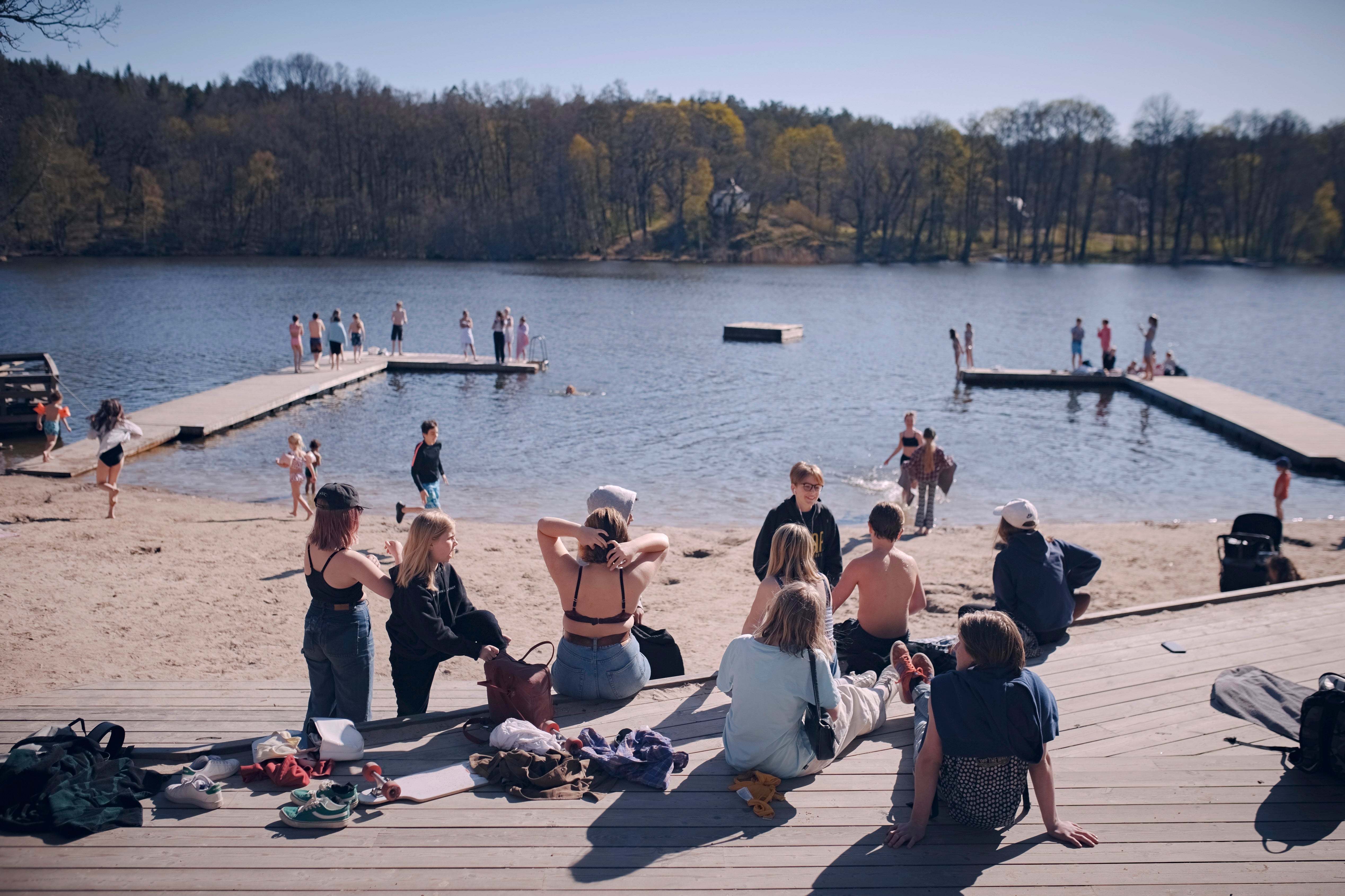 Sun tanning at Sickla beach in Nacka, on the outskirts of Stockholm.

“Basically we are trying to do the same thing that most countries are doing — slow down the spread as much as possible,” he said. “It’s just that we use slightly different tools than many other countries.”

When responses are assessed after the crisis, Tegnell acknowledges, Sweden will have to face its broad failing with people over the age of 70, who have accounted for a staggering 86% of the country’s 2,194 fatalities to date.

That percentage is roughly on par with most other countries, but some critics here say the mortality rate among seniors could have been far lower with adequate preparation. In a letter to one of Sweden’s most prominent newspapers, Dagens Nyheter, 22 scientists accused the Public Health Authority of negligence.

“They tell people, stay home, but they also keep the restaurants open,” said Lena Einhorn, a virologist and one of the signatories of the letter. “They are advising people working in elderly homes only to wear masks when a patient is sick. Their policies are both ambiguous and rigid.”

In the absence of recommendations from the Public Health Authority, a Jewish care home near Stockholm unilaterally decided to ban visitors, said Aviva Kraitsik, the head of operations, who asked that the facility’s name be withheld because of previous threats it has received. 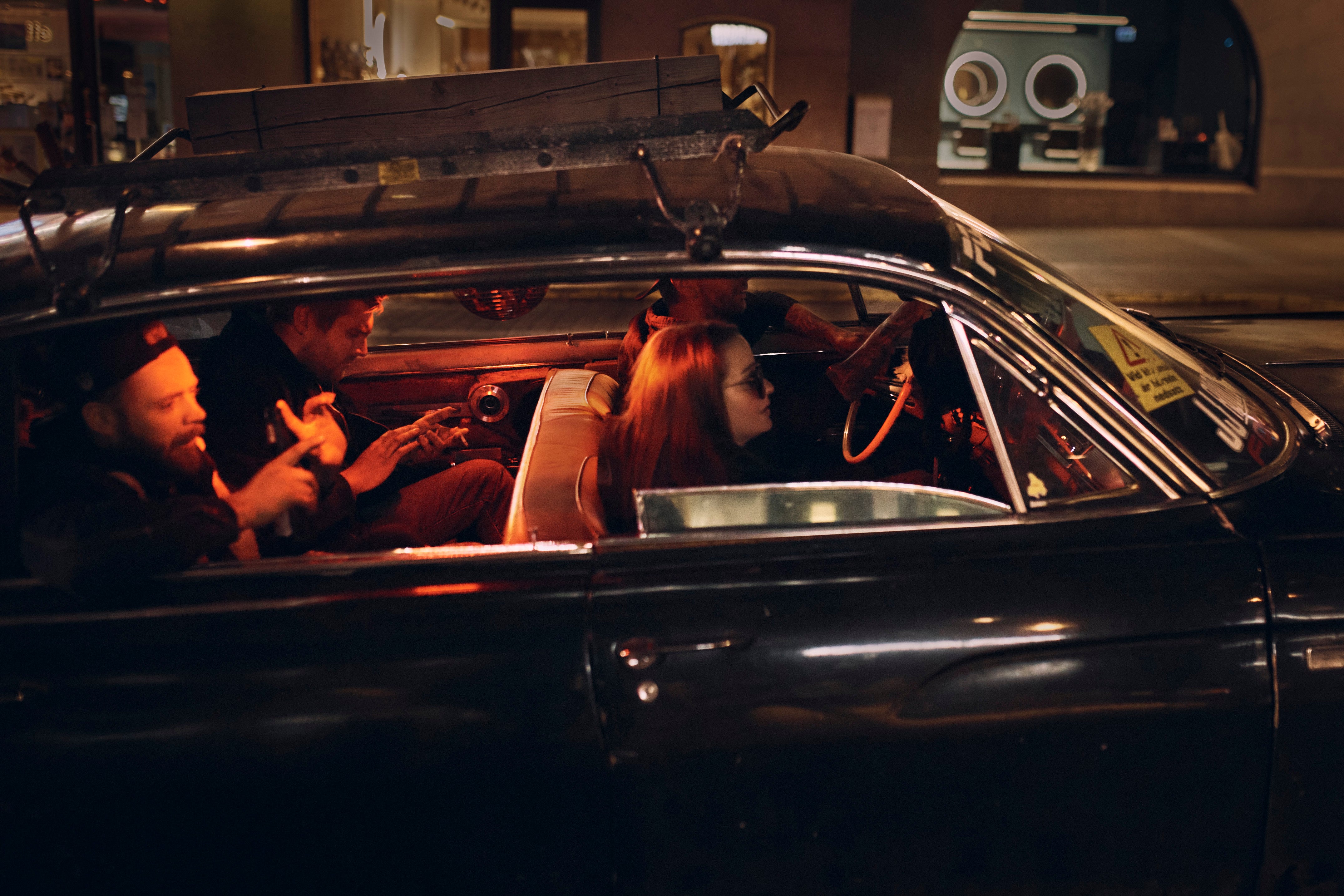 More than a quarter of Stockholm’s inhabitants will have been infected by May, public health officials said.

The health authority even went so far as to order the “no visitors” signs removed. Kraitsik refused. “I said they could put me behind bars,” she said. “I was prepared to take my punishment to protect our residents.”

But it was too late. The virus had already crept inside and eventually killed 11 of the 76 inhabitants.

It was only after the home required employees to wear face shields and masks when working with all the residents, even those displaying no symptoms, that it managed to halt the spread of the infection, Kraitsik said.

The minister of health and social affairs, Hallengren, acknowledged that there had been a shortage of protective gear, though she also noted that “many people in the health care sector for the elderly aren’t used to working with PPE.” 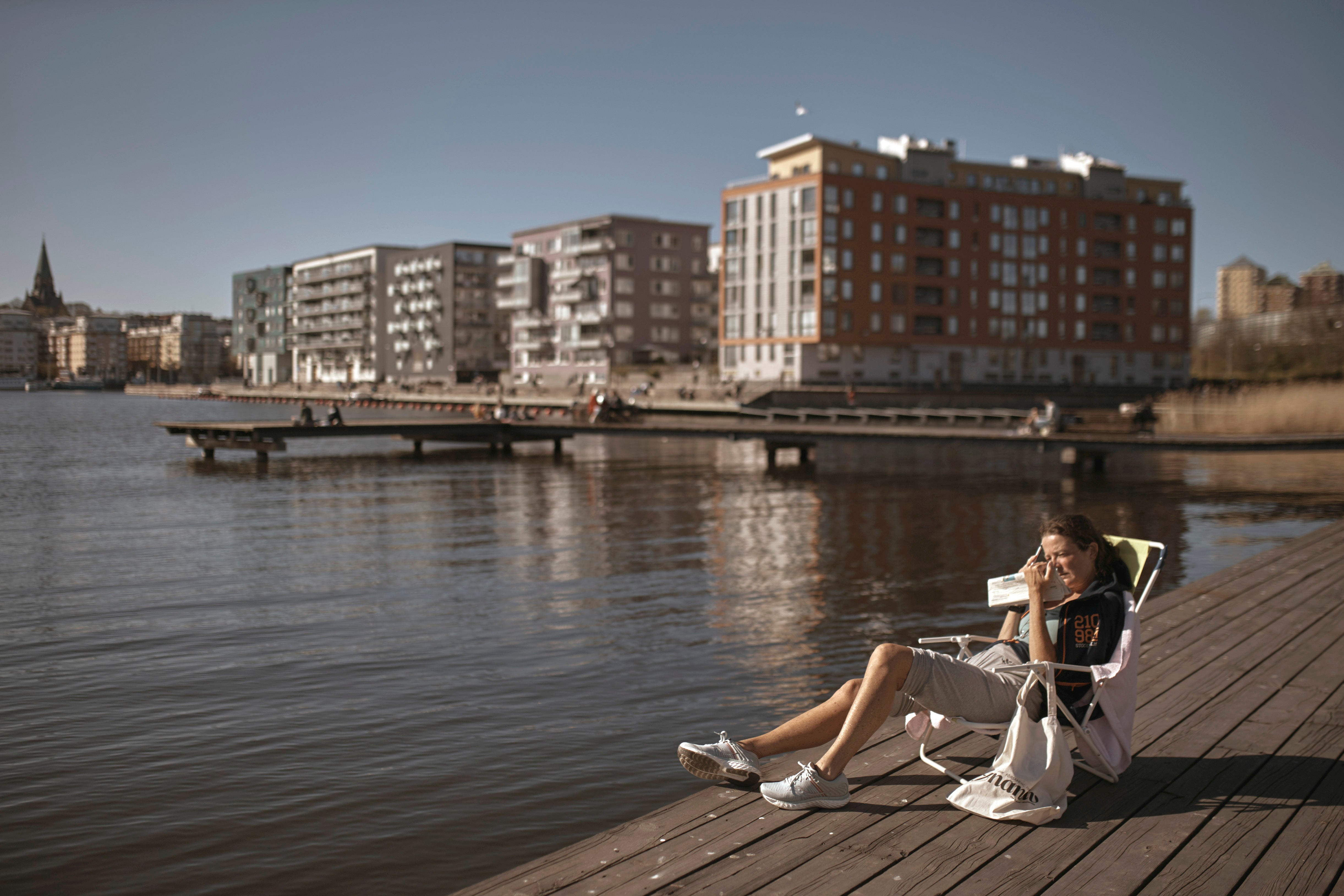 Basking in the sun after a long winter. At least one person in Stockholm was obeying social distancing rules.

“They should have been able to prevent this,” said Elisabeth Asbrink, a writer and publicist who has been critical of the government’s approach. In recent years Sweden, like many other countries, has transferred such homes from state to private control, she said, and the level of care had suffered. “This has not been good for the weak and the elderly, especially now.”

Such thoughts were far from the minds of the dozens of graduating students who gathered to celebrate Friday night in several bars on Medborgarplatsen Square in Stockholm. They crowded around the bar, hugging and kissing, and generally flouting the rules. Police made no move to stop them. 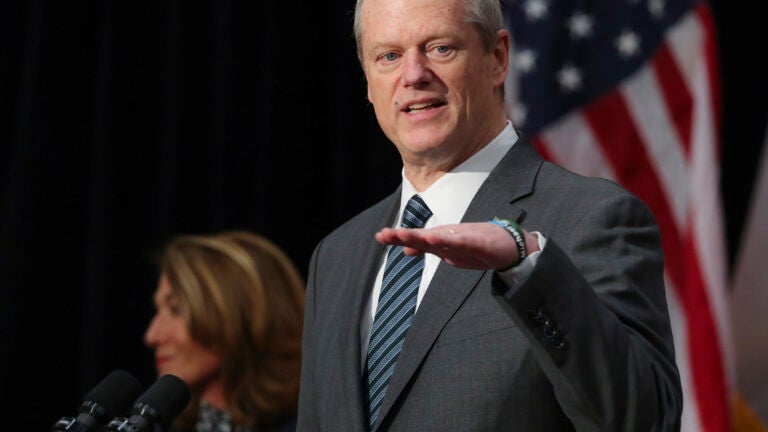 Charlie Baker forms board to plan reopening as he extends closures, stay-at-home advisory to May 18