The owner of a Maine restaurant is vowing to reopen his doors Friday, defying a state order mandating all eateries’ dining areas remain closed until June.

Savage, at one point, offered up what he said was Mills’s cellphone number for viewers to call her directly and dared officials to take him to court.

He told Carlson the Democratic governor is taking actions “all rogue on her own.”

“We’ve had enough of it,” he said. “We’re encouraging all businesses in Maine to open up. We should have never been shut down in the first place. We need to open back up, get this summer tourist business going, or we’re going to lose a third of our restaurants (and) who knows how many motels and other businesses. So we’re advocating for everybody, not just for my restaurant. It’s time to go back to work.”

Maine has so far weathered 1,095 confirmed COVID-19 cases and 53 coronavirus-related deaths, according to state data released Thursday. To date, 631 people have recovered from the respiratory illness, while 170 cases required hospitalization.

In Oxford County, home to Savage’s restaurant down the road from the Sunday River Ski Resort, there have been 15 recorded cases, with 12 recoveries and three ongoing cases.

Savage’s remarks came days after Mills extended the state’s stay-at-home order through May 31 while also releasing her administration’s plans to reopen the state economy.

The governor has outlined a four-step approach, starting Friday, which allows for certain services, businesses, and activities to return “with appropriate safety precautions.”

Restaurants, with certain measures in place such as reservations and capacity limits, will be allowed to reopen during “Stage 2,” tentatively scheduled to start on June 1.

She cautioned Tuesday that the plan presents a path forward but “it should not lure Maine people into thinking that this pandemic is almost over or that things will be back to normal soon.”

“With every order I have issued and every action I have taken, I have thought long and hard about how Maine people — and Maine businesses — will be impacted,” Mills said in prepared remarks Friday. “These are some of the most difficult decisions any governor has ever had to make, in consultation with the people and the businesses affected but always with the public health as our first priority. The challenges this dangerous pandemic poses to us and to our state are unlike anything we have seen in generations.”

The brewpub closed for six weeks after the initial order was announced in March, during which staff remolded and cleaned, he said.

According to Carlson, Savage’s restaurant handed out 10,000 meals for free to the local community.

In a Facebook post, the restaurant said it planned to open at 4 p.m. Friday with limited seating and would not be taking reservations.

“It’s time to open back up,” Savage said. “We’ve gone through other parts of Maine — people are everywhere. I’ve got a restaurant that seats 250 people inside, a deck that seats 100, a 2,200-square-foot patio, so I could put 6-foot spaces everywhere and get opened back up for business.”

Businesses across the state could tailor their establishments similarly, and, if people don’t feel comfortable coming into the restaurant, workers will bring out orders to customers in cars, Savage said.

“If people don’t want to go out, quarantine yourself,” he said. “We’re a very clean restaurant. I’ve got one of the cleanest restaurants in the state of Maine.”

Both Carlson and Savage took aim at Mills, who the former called “the most incompetent, dictatorial, self-involved governor I have seen in a long time.”

The television host quipped Mills “doesn’t care at all” about the state’s rising unemployment rate during the crisis.

Savage said he didn’t think the state would take any action against him Friday because Mills is “in over her heard.”

Moments before the interview ended, he read Mills’s phone number so viewers could call her directly, he said, as Carlson cut him off.

The host told viewers to call the restaurant and ask for Savage, so he could call the governor for them. The number was no longer in service when a reporter called early Friday afternoon.

Mills’s office did not return a request for comment from Boston.com.

But in her remarks Friday, Mills said the state cannot “flip a switch” and open all the restaurants, bars, and other businesses at once. Doing so would risk a virus resurgence “that will only sicken more people, destroy lives and devastate our entire economy for years to come,” she said.

“I believe strongly that the vast majority of business owners across Maine, though they are frustrated about being closed and concerned about their future, I believe that they share an unflagging commitment to keeping Maine people healthy,” she said. “I ask them to stay the course. Continue talking, continue listening, continue being part of the solution.”

Savage said he is challenging the state to come and see how his restaurant handles its reopening. 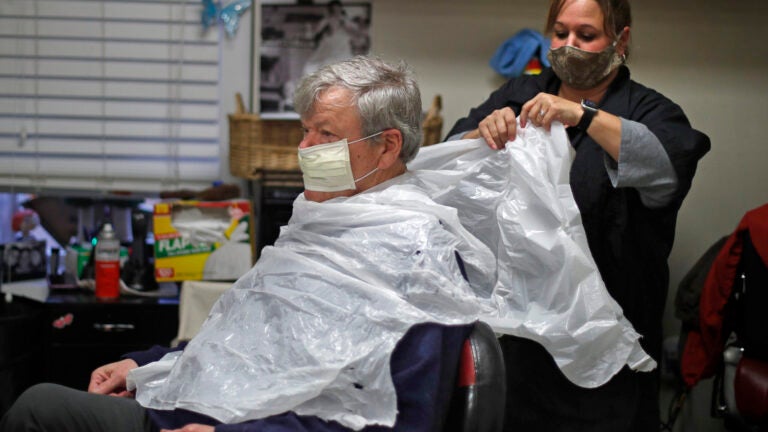