BERLIN – Some have been cut off from active social lives. Others miss the checkout line conversations that were their only social outlet. They call to talk about the weather, or to ask how long the lockdown will continue, or sometimes just to cry.

Silbernetz, a Berlin-based hotline that offers to listen to and support seniors, has had a fivefold spike in calls during the novel coronavirus outbreak, which has brought new levels of social isolation. Volunteers answer about 120 calls a day.

“Loneliness is enveloping everyone,” said Elke Schilling, 75, who started the hotline and takes calls herself. “They feel their walls are imploding in on them.”

People may find some solidarity in their loneliness right now, with so many around the world obliged to stay home. But forced isolation has hit elderly populations especially hard. And the disparity may become even more pronounced as countries begin to send children back to school, and the young and healthy back to work, while debating whether to require or advise older, more vulnerable citizens to remain at home.

European Commission President Ursula von der Leyen said in a recent interview that the elderly may have to remain largely isolated through the end of the year. “Without a vaccine, we have to limit as much as possible contact with the elderly,” she told the Bild newspaper, adding: “Children and young people will enjoy more freedom of movement earlier than elderly people and those with preexisting medical conditions.”

Top officials in Europe are struggling to balance competing concerns – figuring out how to protect those who are older and most susceptible to deadly cases of the coronavirus, without consigning them to endless months of isolation.

Chancellor Angela Merkel has indicated that as society reopens in Germany – a country with one of the world’s oldest populations – she’s against excluding the elderly as a group. She is leaning on a study by Germany’s National Academy of Sciences, the Leopoldina, that warns against segregating specific groups for “their own protection” due to the psychological impacts of “infantilizing” them.

In Britain, older citizens have already been singled out. In March, before the country went into wider lockdown, the government asked people over 70 to stay home for four months. Advocacy groups are concerned that restrictions on the elderly will remain after most of Britain’s lockdown has been lifted.

France, meanwhile, is trying to alleviate the isolation of its seniors by easing a ban on nursing home visits. But Prime Minister Édouard Philippe, laying out France’s “deconfinement” plan this week, suggested that people over 65 may want to continue to limit their social contacts after measures for other citizens are lifted on May 11.

It may not matter to some seniors if their government has given them explicit orders or guidance to continue isolating. With greater susceptibility to the virus, older people may need longer to trust that it’s OK to resume socializing in person.

Studies show it exacerbates a range of physical and mental health conditions. Social isolation in older adults has been linked to an increased risk of heart disease, stroke and dementia. Research also suggest that loneliness and social isolation may increase the likelihood of death as much as or more than other well-known risk factors, such as smoking, alcohol abuse and obesity.

Even before the current crisis, the Red Cross had described loneliness as a “hidden epidemic.” For some of society’s most isolated, coronavirus-related restrictions have erased the little social contact they had.

Efforts to slow the spread of the virus have shuttered social clubs, forced people to stay home and put up walls within families. At many homes for the elderly, residents are largely confined to their rooms, sometimes with meals left outside their doors.

Merkel said the plight for those in nursing homes has been a particular burden for her during the pandemic.

“That’s where loneliness, even under normal circumstances, can be a problem,” she said in an address to parliament. Now, she said, it is “cruel” that no one can be there for those nearing the end of their lives. “These 80- and 90-year-olds built our country.”

Before the pandemic, 87-year-old Ursula Woydt’s social life revolved around a club for seniors in Schmargendorf, in southern Berlin, on the edge of a forest that skirts the city. The club offered art and language classes, concerts and readings. She found it a lifeline after her husband died 25 years ago.

But these days, her life is confined to her four-room apartment, where she listens to music and reads. “It’s not nice being totally alone,” she said. She doesn’t have access to the internet, cutting her off from one avenue that many have used to fight social isolation.

“I miss talking to people, interacting with them,” she said. She doesn’t want to get the virus, so she takes social distancing measures seriously. But no one is sure how long those measures will last – how long until a widely available vaccine or effective treatment makes distancing less necessary.

Gisela Telchow, 84, lives alone in an apartment in the Berlin neighborhood of Zehlendorf. She has six grandchildren and five great-grandchildren but has not seen them outside of WhatsApp since the coronavirus arrived. One of her daughters visits once a week, wearing a mask and keeping a distance.

Telchow said the isolation is bearable – for now.

“It’s very difficult to be separated from people, but it also gives me strength to know that this is how it is for everyone in the world, not just me,” Telchow said.

Telling only the elderly to stay home would be “outrageous,” Telchow said. She said she feels lucky to have her health and a spacious apartment with a balcony, but she hasn’t thought as far ahead as Christmas and can’t imagine what she’d do if the restrictions last that long.

Schilling, of the Silbernetz hotline, said she would anticipate resistance to any restrictions that applied only or primarily to those over 70. She recounted a caller who had challenged age-based restrictions, saying that men are more likely to die of the virus than women, and asking why they’re not being treated differently.

For those whose time is precious, it is a particularly cruel situation, Schilling said.

“In old age, you become very aware of the limited lifetime you have left,” she said, adding that with no foreseeable end in sight, people are “doubly afraid.” 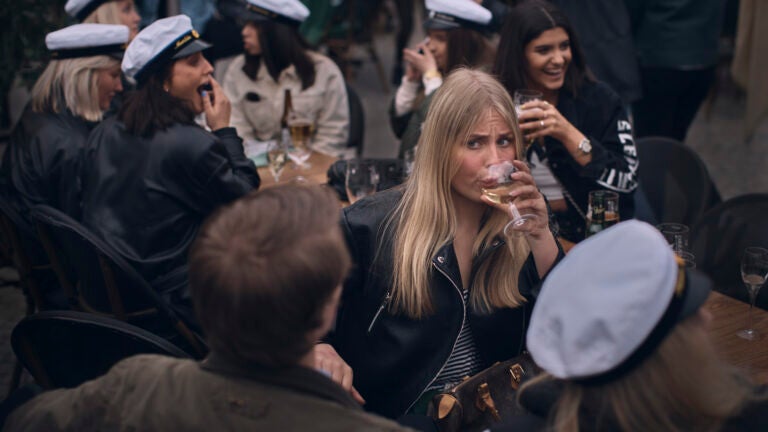 ‘Life has to go on’: How Sweden has faced the coronavirus without a lockdown