A graduate student at Northeastern University has filed a class action lawsuit against the school after the institution shut down its campus due to the coronavirus outbreak in March.

Lead plaintiff Manny Chong, who is pursuing a masters degree in counseling psychology, filed the complaint in the U.S. District Court of Massachusetts on Friday.

The lawsuit alleges the university breached its contract with tuition-paying students when it moved its classes online but retained the full cost of tuition that students paid with the expectation of receiving an in-person education for the entire semester.

Classes switched to online instruction on March 12, the filing says. Students living in university residence halls were required to leave by March 17.

University leaders said at the time that “room and board costs will be pro-rated for the remainder of the semester for all students leaving campus.”

Northeastern had an endowment of over $1 billion as of 2019, according to the lawsuit.

The university said last month that it will distribute $5.8 million it receives under the federal CARES Act to students “who have been adversely impacted by COVID-19.”

“These funds will be distributed to students who have incurred expenses from the disruption of campus operations, including food, housing, course materials, technology, health care, and child care,” school officials said on April 24.

Chong, like thousands of others, paid spring tuition fees of $23,400 to Northeastern under the “Annual Financial Responsibility Agreement,” in which students agreed to pay full tuition “to receive educational services.”

Chong’s lawsuit also points to guidelines and principles issued by the Commission on Accreditation of the American Psychological Association, which provides accreditation for the university’s PhD-level counseling psychology program, according to the filing.

Those recommendations say a doctoral program conducted remotely cannot be accredited because “face-to-face, in-person interaction” between faculty and students is critical for professional training, specifically for “socialization and peer interaction, faculty role modeling, and the development and assessment of competencies.”

Hartman wrote remote instruction has therefore been “recognized as pedagogically inferior” by the commission.

The lawsuit requests a jury to determine financial judgment against the university, the court filing says. Hartman did not immediately respond to a request for further comment Monday.

Shannon Nargi, a university spokesperson, told Boston.com in an email that Northeastern had not yet received the complaint and thus, had not reviewed it and could not comment on it.

“It is important to note that all colleges and universities moved classroom instruction online this spring in compliance with public health requirements,” she said.

Northeastern has 21 days to respond to the lawsuit, according to court documents.

Local colleges and universities have addressed the subject of issuing refunds to students through varying approaches, if at all, since COVID-19 upended the usual flow of their semesters in March.

The lawsuit against Northeastern comes on the heels of two, similar complaints brought by students against Boston University, also filed last week. 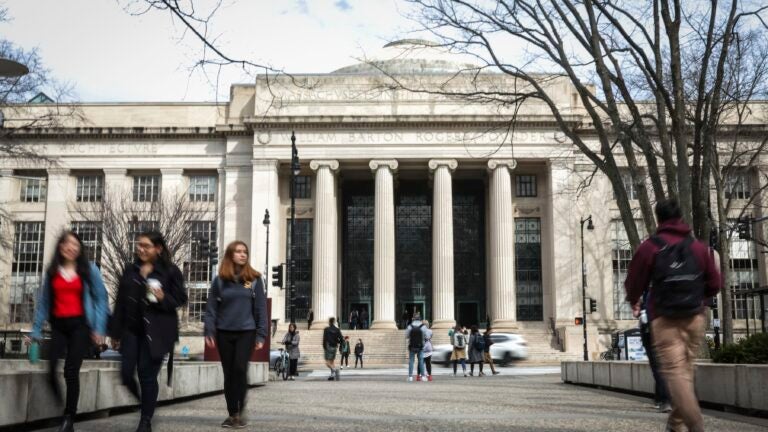