Roadways across Massachusetts have indeed emptied out as residents hunker down at home during the COVID-19 pandemic — but that doesn’t necessarily mean they’re safer.

The state Department of Transportation reported Monday that the rate of fatalities on roads across the commonwealth doubled in April, even as traffic dropped by 50 percent on major highways.

Last month’s deaths included 18 drivers, four passengers, two motorcyclists, three pedestrians, and one bicyclist, who was killed on April 22 in Boston near Massachusetts and Harrison avenues.

Officials say speeding has become more of a problem for some drivers because of the empty roads brought on by the coronavirus work-from-home era. They are also urging the public to wear seatbelts, drive sober, and heed the state’s new hands-free driving law.

“During the pandemic, everyone in the commonwealth has sacrificed and used disciplined actions to keep themselves, their loved ones, and our community safe,” Highway Administrator Jonathan Gulliver said in a statement. “We ask that all residents use this same dedication to safety and reduce their speeds when driving.”

With the rate of roadway fatalities up over last year @MassDOT and @EOPSS are reminding everyone that even with significantly lower volume on the roads, drivers still need to exercise caution, wear a seatbelt and observe the hands-free law.⤵️https://t.co/vCzLNP9ieU

Gulliver, speaking at a virtual press conference Monday, said the state does not yet have numbers on whether crashes increased or decreased overall last month, according to The Boston Globe. The preliminary data gathered so far shows about two-thirds of the incidents recorded happened on local, not state-managed, highways.

Gulliver expects the low traffic volume will be part of the new normal for “quite some time,” the newspaper reports.

“At this point, what we expect to see from traffic volumes is anybody’s guess,” he said.

In the meantime, officials will roll out a new campaign telling motorists to slow down and drive safely, through messages on electronic boards, according to the Globe.

And Massachusetts State Police began an initiative on April 25 to reduce speeds after seeing an uptick, including some cases where drivers were traveling at speeds over 100 mph, spokesman David Procopio told reporters in an email.

“We have deployed numerous additional patrols during targeted enforcement periods across the state,” he said. “The extra patrols to date have written 271 citations for speeding and issued 111 warnings to motorists driving at excessive speeds.”

Those numbers, however, reflect only the citations issued by the additional patrols and do not account for traffic enforcement from regular barracks patrols, he said.

Boston Mayor Marty Walsh, speaking at a press conference Friday, said the city has seen fewer crashes during the state’s stay-at-home advisory, but the collisions that have happened have been more severe because of high-speed impacts.

“Even an increase of four to five miles per hour can make a big difference in terms of injuries and even possible death,” Walsh said. “With more and more people walking and running and biking on our streets, we need to be especially vigilant in this case. So please drive at safe speeds, drive at the posted speed limit.”

Stacey Beuttell, executive director of WalkBoston, said in a statement Monday that residents should expect to see more people walking, biking, and running in the street since many are working to maintain distance from other passersby on sidewalks. Motorists should be ready to yield to pedestrians and should drive slowly, Beuttell said.

“Empty streets are not a license to drive faster,” Beuttell said. “Please consider every street a shared street and stay safe.”

Massachusetts is hardly the only state seeing more reckless drivers in the age of the coronavirus.

The Governors Highway Safety Association, a nonprofit organization representing state highway safety offices across the country, said in a press release last month that officials “are seeing a severe spike in speeding … with some noting a significant surge in vehicles clocked at 100 mph or more.”

Notably, officials in Rhode Island saw an increase in pedestrian fatalities last month, according to the association.

“While COVID-19 is clearly our national priority, our traffic safety laws cannot be ignored,” GHSA Executive Director Jonathan Adkins said in a statement. “Law enforcement officials have the same mission as health care providers — to save lives. If you must drive, buckle up, follow the posted speed limit and look out for pedestrians and bicyclists. Emergency rooms in many areas of the country are at capacity, and the last thing they need is additional strain from traffic crash victims.” 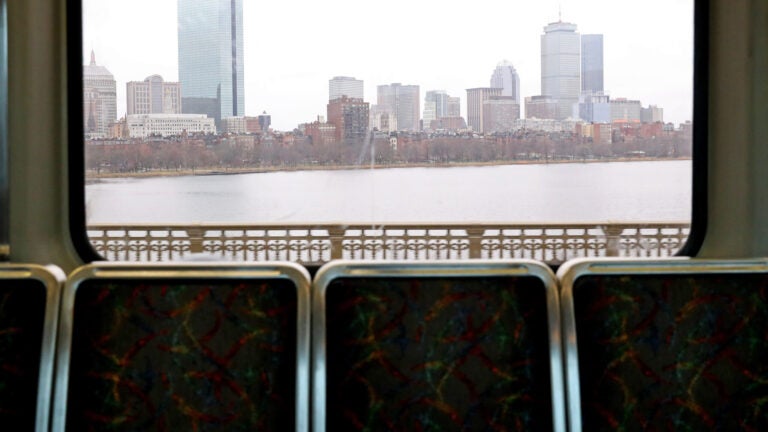 Boston needs to talk about what public transit will look like after the COVID-19 crisis, city councilors say