Over 400 people have flooded a GoFundMe campaign with donations for a Polar Cave Ice Cream Parlour employee who was reportedly verbally harassed by customers when the local Mashpee shop opened Friday amid the coronavirus pandemic.

“This past Friday, our opening night of the year, she was met with an unyielding verbal assault with some of the most vulgar and disgusting words hurled at her, these shouldn’t be heard in a men’s locker room, never mind directed to a teenager,” he wrote. “In spite of this, she continued to work until the last ice cream was served and then turned in her apron. Asked why she didn’t tell me sooner of this [behavior], she simply said she didn’t want to disappoint me or our loyal fans.”

Lawrence said he organized the fundraiser for the teen, who’s worked for him the past three years, after receiving multiple calls and messages from people asking how they could help support her — with one man even offering to pay her salary until she returned to the shop or found a new job.

“This young lady was planning to work as much as possible to save money for college in the fall,” he wrote. “All donations, no matter how small, will make a difference. All funds will go directly to her College Fund.”

I honestly don’t know how to start. Been replying to comments on just one thread and its been TWO hours and not even…

Gov. Charlie Baker also commented on the incident, and whether there may be more to come as businesses reopen, during his Monday press conference.

“I’ve actually been to that ice cream place,” Baker said. “I think anybody who’s ever been to the Cape has been there.”

He said while ice cream may be “a rite of the arrival of warm weather and summer,” people need to be more understanding.

“I feel terrible for the owner, who everybody I know says is one of the most decent people you’d ever want to meet,” Baker said. “I feel awful for the young kids who were just trying to serve a product that people really wanted.”

Going forward, Baker said he believes people will rise to new safety measures and wait times in every industry, whether or not they like them.

“But I feel terrible for what happened to those folks,” he added.

Lawrence said the employee was always hardworking, kind hearted, and a favorite of many regulars.

“No one deserves this kind of abuse,” he wrote, “especially a 17-year-old young girl, in a time when we as a country should stand united.” 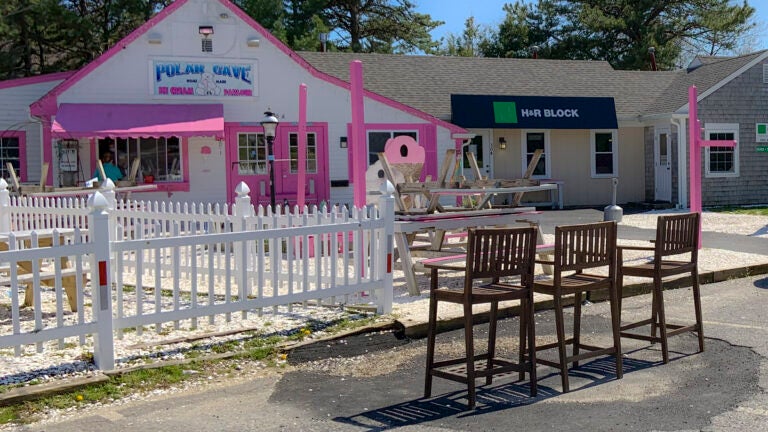