Massachusetts doesn’t plan to begin reopening its economy until at least next week, but the state’s roads are already getting busier.

And according to Transportation Secretary Stephanie Pollack, the increase in travel can’t all be attributed to golf.

“There is a phenomenon that has been dubbed ‘quarantine fatigue’ in which people are sort of getting tired of being home,” Pollack said during a meeting Monday, according to the State House News Service.

Pollack said travel across the state remains 70 to 80 percent lower than baseline levels in January, according to data collected by the analytics firm StreetLight. County-level data shows that the decrease had been most dramatic in the more densely populated eastern half of Massachusetts. However, last week, daily vehicle miles traveled increased by 50 percent compared to the final week of April. In Middlesex County, the number of miles increased from 4.3 million on April 27 to 7.2 million last Monday.

“This may indicate that we are seeing some quarantine fatigue, because we are seeing an uptick in travel even though we have not begun to open the Massachusetts economy,” Pollack said.

After seven weeks under a stay-at-home advisory, Gov. Charlie Baker is planning to announce the first phase of the state’s reopening plan next Monday, May 18, following roughly two weeks of slightly declining — if still relatively high — COVID-19 hospitalizations and positive test rates. And the administration has already relaxed some restrictions on nonessential retail stores, as well as the state’s aforementioned golf courses.

But Pollack’s suggestion that “quarantine fatigue” could be setting in refers to something unrelated — and hardly unique to Massachusetts.

Beginning in mid-April, cellphone location data collected by researchers at the University of Maryland found that people across the country had begun going outside more frequently and for longer trips. The upward trend — following several weeks of stay-at-home orders in most states — was called “quarantine fatigue” by Lei Zhang, the director of the university’s Maryland Transportation Institute.

“It just seems that people are getting a little tired collectively of staying at home after we passed that one-month mark,” Zhang told The New York Times.

As the weather warms, the data suggests Bay Staters may be feeling it, too.

Since Baker’s stay-at-home advisory — which includes no restrictions on travel — took effect on March 24 through last Friday, people in Massachusetts have stayed at home at a higher rate than almost any other state in the country; according to the University of Maryland data, 39 percent of Bay Staters are staying at home, behind only New York (46 percent) and New Jersey (43 percent), the only two states with more coronavirus deaths than Massachusetts.

Still, through the first week of May, that number — which tracks the percentage of residents who took “no trips with a non-home trip end more than one mile away from home” — had dropped to 34 percent. Through the first eight days of May, the number of miles traveled per person — whether it be driving, biking, walking, or on public transit — increased to 24.8 miles a day, compared to 20.5 miles in March and April, according to the data. The average number of individual daily trips also went up from 2.45 to 2.92.

Baker has urged residents not to get complacent amid fears that relaxing social distancing measures too soon could wipe out the benefits of the personal and economic sacrifices many people have been forced to make over the last two months. While the governor has encouraged going outside and getting exercise in uncrowded areas, officials have also worked to minimize long-distance travel in order to limit the potential spread of the virus.

But in a way, according to Zhang, the increased travel may even be somewhat fueled by the benefits of the people’s efforts to stay at home.

“The moment people start seeing the curves flattening, the number of cases start dropping or holding steady, that gives people a false sense of safety,” he told the Times.

As states like Massachusetts gradually relax those restrictions, experts say officials should be educating restless residents on how to return to public life while practicing proper safeguards — as opposed to an “an all-or-nothing approach to disease prevention.”

“New cases continue to rise, with thousands of people dying each day, and those numbers will inevitably increase if communities go back to business as usual,” Julia Marcus, an epidemiologist at Harvard Medical School, wrote Monday in The Atlantic. “But the choice between staying home indefinitely and returning to business as usual now is a false one. Risk is not binary.” 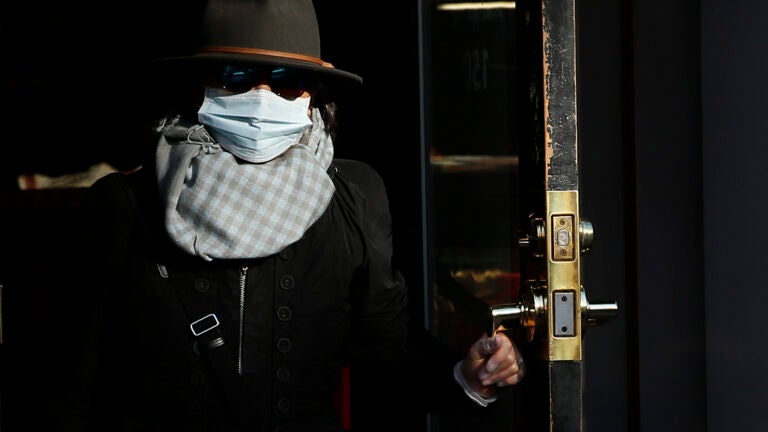