NEW YORK — Before the coronavirus crisis, three of New York City’s largest commercial tenants — Barclays, JPMorgan Chase and Morgan Stanley — had tens of thousands of workers in towers across Manhattan. Now, as the city wrestles with when and how to reopen, executives at all three firms have decided that it is highly unlikely that all their workers will ever return to those buildings.

Research firm Nielsen has arrived at a similar conclusion. Even after the crisis has passed, its 3,000 workers in the city will no longer need to be in the office full-time and can instead work from home most of the week.

Real estate company Halstead has 32 branches across the city and region. But its chief executive, who now conducts business over video calls, is mulling reducing its footprint.

Manhattan has the largest business district in the country, and its office towers have long been a symbol of the city’s global dominance. With hundreds of thousands of office workers, the commercial tenants have given rise to a vast ecosystem, from public transit to restaurants to shops. They have also funneled huge amounts of taxes into state and city coffers.

But now, as the pandemic eases its grip, companies are considering not just how to safely bring back employees, but whether all of them need to come back at all. They were forced by the crisis to figure out how to function productively with workers operating from home — and realized unexpectedly that it was not all bad.

If that’s the case, they are now wondering whether it’s worth continuing to spend as much money on Manhattan’s exorbitant commercial rents. They are also mindful that public health considerations might make the packed workplaces of the recent past less viable.

“Is it really necessary?” said Diane M. Ramirez, the chief executive of Halstead, which has more than 1,000 agents in the New York region. “I’m thinking long and hard about it. Looking forward, are people going to want to crowd into offices?’’

The brokerage firm Halstead has 32 offices across New York City and the region. Work-from-home arrangements have the company reconsidering the need for all of them.

Of course, the demise of the Manhattan office market has been predicted for decades, especially after the Sept. 11, 2001, attacks.

Owners of office towers, including two of the largest landlords in the city, Vornado Realty Trust and Empire State Realty Trust, said they were confident that after this crisis, companies would value in-person communication more than ever. That’s especially the case given how isolated some workers have felt since the shutdown began in March, the landlords said.

The number of workers who actually prefer to be in an office because of the opportunity for social interaction is an unknown factor.

David Kenny, the chief executive at Nielsen, said the company plans to convert its New York offices to team meeting spaces where workers gather maybe once or twice a week.

“If you are coming and working at your desk, you certainly could do that from home,” Kenny said. “We have leases that are coming due, and it’s absolutely driving those kinds of decisions.’’

“I have done an about-face on this,” he added.

Barclays, JPMorgan Chase and Morgan Stanley are part of a banking industry that has long been a pillar of the city’s economy, with more than 20,000 employees. Collectively, they lease more than 10 million square feet in New York — roughly all the office space in downtown Nashville, Tennessee.

James Gorman, the Morgan Stanley chief executive, told Bloomberg that the company had “proven we can operate with no footprint.”

Jes Staley, the chief executive of Barclays, the British bank, said that “the notion of putting 7,000 people in a building may be a thing of the past.”

The company is studying jobs that would be most adaptable to working remotely, a spokesman said, and some employees could be required to show up in person only on an as-needed basis.

James Gorman, the Morgan Stanley chief executive, declined a request for an interview. But he told Bloomberg that the company had “proven we can operate with no footprint. That tells you an enormous amount about where people need to be physically.”

In a recent email to employees, JPMorgan Chase, which until last year had been the largest office tenant in New York City, said the company was reviewing how many people would be allowed to return. More than 180,000 Chase employees have been working from home.

Other major companies, including Facebook and Google, have extended work-from-home policies through the end of the year, raising the prospect that some may never return to the office. Twitter, which has hundreds of employees in its New York office in the Chelsea neighborhood of Manhattan, told all its employees on Tuesday that they could work remotely forever if they want to and if their position allows for it.

Warren Buffett, the chairman of Berkshire Hathaway and one of the country’s most prominent corporate leaders, predicted that the pandemic would lead many companies to embrace remote working arrangements. “A lot of people have learned that they can work at home,” Buffett said recently during his annual investors meeting.

JP Morgan Chase has more than 7 million square feet of commercial space in New York, making it one of the city’s largest tenants.

New York City has withstood and emerged stronger from a number of catastrophes and setbacks — the 1918 Spanish Flu, the Great Depression, the 1970s financial crisis and the 2001 terrorist attacks. Each time, people proclaimed the city would forever change — after 9/11, who would want to work or live in Lower Manhattan? — but each time the prognostications fizzled.

But this moment feels substantially different, according to some corporate executives.

The economy is in a sustained nose-dive, with unemployment reaching levels not seen since the Great Depression. Many companies are in financial trouble and may look to shrink their real estate as a way to cut expenses.

More fundamentally, if social distancing remains a key to public health, how can companies safely ask every worker to come back?

“If you got 2 1/2 million people in Brooklyn, why is it rational or efficient for all those people to schlep into Manhattan and work every day?” said Jed Walentas, who runs the real estate company Two Trees Management. “That’s how we used to do it yesterday. It’s not rational now.”

Still, workers do much more than fill cubicles.

Entire economies were molded around the vast flow of people to and from offices, from the rush-hour schedules of subways, buses and commuter rails to the construction of new buildings to the survival of corner bodegas. Restaurants, bars, grocery stores and shops depend on workers for their survival.

Barclays has about 7,000 employees in its New York office near Times Square.

“I get worried that the less money that is coming in, then we can pay less in taxes and less in services, and it becomes a vicious cycle,” said Brian Steinwurtzel, the co-chief executive at GFP Real Estate, the largest owner and manager of small tenant office and retail buildings in the city.

Chinatown in Manhattan typifies the bond between office workers and surrounding neighborhoods. While Chinatown attracts tourists, many restaurants and stores rely just as much if not more on workers who typically pour in every day from the Financial District and nearby courthouses and municipal buildings.

“It is not dramatic to say that we don’t know if Chinatown is going to be here when we come out of this,” said Jan Lee, 54, who owns two mixed-use buildings in the neighborhood, including one that his grandfather bought in 1924.

One of his three commercial tenants, a makeup store, has not paid rent since January. None of them, including two formerly busy restaurants, have paid May rent. Lee has a roughly $250,000 property tax bill due on July 1 that he cannot afford to pay.

“We have lost millions of dollars,’’ he said, “and millions of trips that people were taking to spend their lunch hour here.”

At Aux Epices, a Malaysian and French bistro in Chinatown, Mei Chau, the chef and owner, used to serve up to 50 people at lunch, mostly workers from nearby office buildings.

Mei Chau, the owner of a restaurant in Chinatown, recently reopened for takeout lunch, but no one showed up.

On Friday, she reopened the restaurant for takeout lunch. No one showed up.

Landlords, developers and business owners were hopeful just a few weeks ago that the economy could largely reopen in June.

But the reality, they now concede, is that late summer or early fall seems more realistic for a partial reopening, while a true reopening — something that might resemble a bustling New York — will not surface until there is a vaccine or effective therapeutics.

Still, some developers are dubious that the sudden shift in work environments will become permanent in any significant way.

Anthony E. Malkin, the chief executive of Empire State Realty Trust, the owner of the Empire State Building and eight other properties in Manhattan, said New York’s appeal — a diverse and educated workforce and large industries, including a fast-growing technology sector — would drive an economic rebound and a desire for office space.

“The absence of social contact through which people are living today is not sustainable,” Malkin said. “Can you pay the bills from home? Can you process things from home? Yes. But can you work as a team from home? Very challenging.”

Entire ecosystems and economies rely on the vast flow of commuters to and from office buildings, which helped make New York a global juggernaut.

“This isn’t the nature of office work,” Tighe said, referring to work-from-home arrangements.

Steven Roth, chairman of Vornado Realty Trust, one of the largest commercial landlords in the city, said on a company earnings call this month, “We do not believe working from home will become a trend that will impair office demand and property values. The socialization and collaboration of the traditional office is the winning ticket.”

But driven by safety or financial considerations — or both — many companies, big and small, are rethinking the future of work.

Small Planet, a small software developer in Brooklyn, said about half its workforce is likely to continue working remotely even after the city reopens.

“The world is going to be different when we come out of quarantine, and our habits and how we use office space will absolutely be different,” said Gavin Fraser, the company’s chief executive. “It really took the lockdown, if you will, to accelerate those trends.” 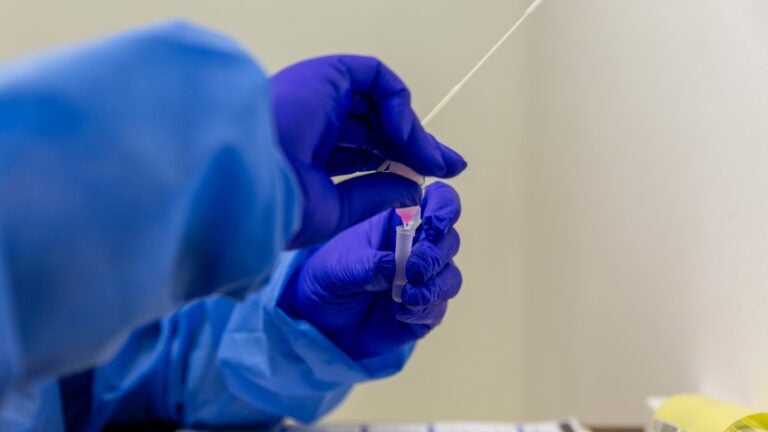