Deaths and hospitalizations due to COVID-19 may be trending downward in Massachusetts, but the disease will continue to take a deep human toll in the near future, according to a new forecast out of the University of Massachusetts.

Nicholas Reich, the director of the UMass Influenza Forecasting Center of Excellence and an epidemiologist at the university, recently developed a modeling system that collects and combines different death projections from other institutions to create four-week “ensemble” forecasts for the entire country and all 50 states.

In its most recent update Tuesday, Reich’s model predicted the total number of deaths due to COVID-19 in Massachusetts to increase by nearly 50 percent over the next four weeks — from 5,141 as of Tuesday afternoon to 7,696 on June 6.

While health experts have said that deaths are a lagging indicator of the spread of the disease, the projection comes amid Gov. Charlie Baker’s plans to gradually reopen the Massachusetts economy as soon as May 18 and concerns from scientists that the hard-hit state may be easing restrictions too soon.

According to Reich’s ensemble model, the number of COVID-19 deaths in Massachusetts will reach 5,781 by this Saturday and continue to increase significantly — albeit at a slightly slowing pace — to 6,538 on May 23 and 7,161 on May 30.

Reich said Tuesday that his team now collects 36 different models from 20 groups, though only seven are combined to create the national ensemble forecast. In a tweet Tuesday, he said that at least four groups in the ensemble use information on current state-level social-distancing policies in their forecasts, while others account for these policies “implicitly.”

Nationwide, the model is now 85 to 90 percent sure that deaths in the United States will surpass 100,000 by May 30. And according to the ensemble forecast, 112,647 Americans will die from the disease by June 6.

Here is the weekly update from COVID Forecast Hub, where we are storing forecasts of #COVID19 deaths in the US from 20 research groups. Our national ensemble combines 7 models and predicts that we will see ~113K deaths by June 6 (80% PI: 104K-123K). https://t.co/jWFRZLgUBu

Percentage-wise, the increase in deaths in Massachusetts is less than the forecasted spike in some other New England states, which have not seen as many infections and fatalities due to the pandemic.

In the four-week period after May 9, the number of deaths in New Hampshire is projected to double from 131 to 313, according to the ensemble forecast. The model also projected Rhode Island deaths to rise from 418 to 809.

In other states, the increases aren’t as dramatic.

Connecticut, where officials say hospitalizations peaked last month, is forecast to see deaths go from 2,932 to 4,212 on June 6. And in Maine and Vermont — two mostly rural states that have largely been spared by the worst effects — deaths are projected to increase from 64 to 106 and from 53 to 63, respectively.

Coronavirus projections have been the source of controversy, both nationally and in Massachusetts. Reich’s model is transparent about the inherent uncertainty in predicting how the pandemic will unfold, including “cone[s] of uncertainty” with both 50 percent and 90 percent confidence intervals (at just 50 percent confidence, the model doesn’t rule out a spike in deaths in Massachusetts bringing the total close to 12,000 by June 6).

Still, the UMass professor said Tuesday that the differing models are beginning to increasingly agree about the pandemic’s path.

“We continue to see increasing consensus among the models, which are showing similar upward trends, but there is still quite a bit of uncertainty about what will happen four weeks from now,” he said.

Reich noted that range covers a loss of life that is “still sometimes more than the number of people who die in a flu season.” 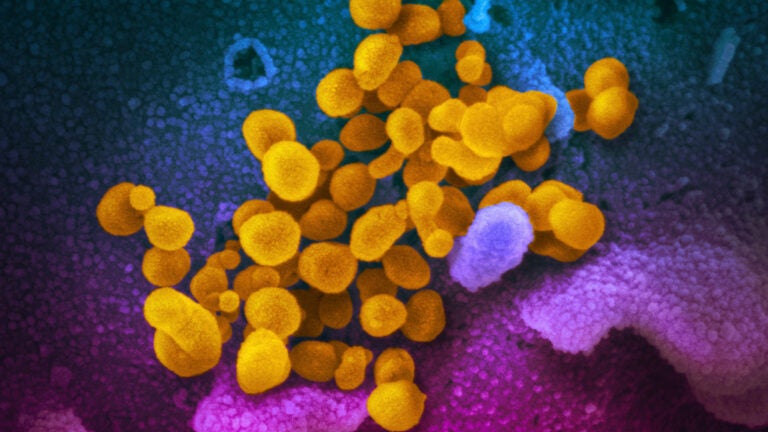