Northeastern University President Joseph Aoun says school officials definitely believe they can reopen buildings for in-person classes this fall — but not without challenges.

Administrators are retooling and reconsidering campus life with a vast array of new protocols to protect the health of students, staff, and faculty amid the coronavirus pandemic, Aoun said during a CNN interview Wednesday.

“We believe that we can be open in the fall and ensure that everybody is safe and secure, but it’s not going to be easy,” Aoun told “OutFront” anchor Erin Burnett. “It’s going to involve that we re-think every single aspect of what we do.”

Aoun announced in a letter last week that the university intends to reopen for on-campus classes for the fall semester through a gradual, phased process.

The return to brick-and-mortar classrooms and labs, however, may require an initial, mixed approach. Aoun wrote that the university will offer many large lectures in both “live and recorded formats” while other courses “will allow for both live and remote participation.”

On Wednesday, Aoun outlined part of the administrators’ thinking and strategy for reopening, telling Burnett the university must reconsider everything from classroom, laboratory, and dorm room density to athletic events.

Northeastern is working with other schools and institutions around the country, as well as with local and state officials in crafting its plans, he said. University scientists who advise the White House and the U.S. Centers for Disease Control have also been tapped, Aoun said.

“We believe that it is going to be possible, but we have to work hard at that,” he said.

Burnett pressed Aoun about how Northeastern arrived at its decision to pursue reopening when other institutions have opted to go in the opposite direction.

She pointed to Harvard Medical School, which announced Wednesday first-year students will use remote learning, at least for the fall semester.

“It’s just a mile from where you are,” Burnett told Aoun. “Does that decision add up to you? I mean, you know, why did they come to such a different view?”

Aoun cited The Chronicle of Higher Education, which reports that 65 percent of colleges and universities across the country that have disclosed their plans so far are planning for an in-person fall term. Six percent are proposing a hybrid operation between online and classroom-based learning, and another 9 percent are “considering a range of scenarios.”

“We are not outliers, but, once again, we have to do it in a different way,” Aoun said. “Business as usual is not going to make it happen.”

“We can reopen in the fall and ensure that everybody is safe and secure,” says Joseph Aoun, president of Northeastern University.

“It can be done in person,” he says, but admits that it’s “not going to be easy.” pic.twitter.com/9ZpwG2cF5u 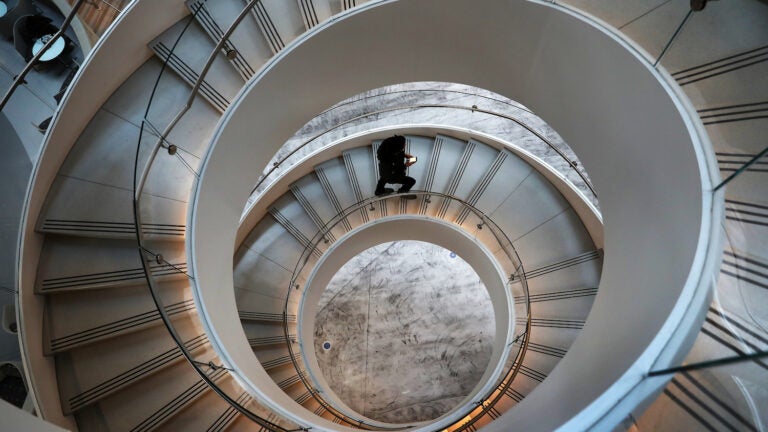 Northeastern University intends to reopen for on-campus classes this fall