Moderna, the Massachusetts biotechnology company behind a leading effort to create a coronavirus vaccine, announced promising early results from its first human safety tests Monday and a plan to launch a large clinical trial in July aimed at showing whether the vaccine works.

The company reported that in eight patients who had been followed for a month and a half, the vaccine at low and medium doses triggered blood levels of virus-fighting antibodies that were similar or greater than those found in patients who had recovered. The antibody-rich blood plasma donated by patients who have recovered is separately being tested to determine whether it is an effective therapy for COVID-19.

The vaccine showed no worrisome safety signals, aside from redness at the injection site for one patient and some “systemic” symptoms in three patients given the highest dose, the company said.

The interim data Moderna announced come from a clinical trial aimed at showing the safety of its experimental vaccine and helping the company select the correct dose. The company has not yet picked the dose or announced the size or length of the large trial that it will start in July, which will be the key one that regulators consider to decide whether the vaccine is safe and effective.

“We are very, very happy because first the vaccine was generally safe,” Stephane Bancel, chief executive of Moderna said in an interview. “The piece that was really exciting and was the big question, of course, was can you find antibodies in people in enough quantities” to prevent disease.

Moderna also reported that the vaccine protected mice who were vaccinated and then exposed to the virus, preventing it from multiplying in their lungs. The animal and human data being released by the company have not yet been published.

Moderna’s vaccine uses a genetic material called messenger RNA that codes for the distinctive spike protein that studs the outside of the novel coronavirus. The vaccine delivers the messenger RNA to cells, which then follows the genetic instructions to create the virus protein – allowing the body to learn to recognize and neutralize the pathogen.

Moderna’s announcement comes days after one of its board members, Moncef Slaoui, stepped down from the board to become chief scientist for Operation Warp Speed, a White House initiative to speed up vaccine development. Slaoui still owns stock options in Moderna, and made an apparent reference to the early data in a Rose Garden news conference on Friday afternoon. 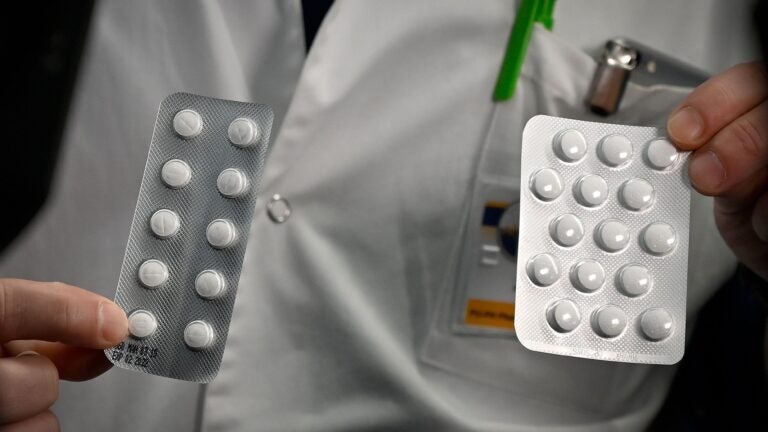 When might experimental drugs to treat COVID-19 be ready? A forecast.