WASHINGTON – The Centers for Disease Control and Prevention this week laid out its detailed, delayed road map for reopening schools, child-care facilities, restaurants and mass transit, weeks after COVID-weary states began opening on their own terms.

The CDC cautioned that some institutions should stay closed for now and said reopening should be guided by coronavirus transmission rates.

For schools, the CDC recommended a raft of social distancing policies: desks at least six feet apart and facing the same direction, lunch in classrooms, staggered arrival times, cloth masks for staff and daily temperature screenings for everyone.

The 60-page guidance document was posted on the CDC website over the weekend without fanfare after weeks of delay and an internal debate over whether the guidelines were too restrictive.

The White House initially shelved the recommendations, saying they were “overly specific.” Last week, the administration released six brief checklists for decision-makers on various areas of daily life. But even that came after many states had begun to lift restrictions.

“Late is better than never,” said Tara Kirk Sell at the Johns Hopkins Center for Health Security. “People are still hungry for this information.”

Still, the guidelines arrive amid mixed messages from authorities over how and how quickly to reopen the life of the nation.

Inside the administration, the most contentious element of the CDC document was guidance over houses of worship, and the posted document eliminates that section.

An administration official, speaking on the condition of anonymity because he was not authorized to discuss the matter, said additional guidance on religious gatherings may be coming.

The guidance offers several pages of recommendations for other areas of life, recommending a three-step approach to reopening.

“This guidance sets forth a menu of safety measures, from which establishments may choose those that make sense for them in the context of their operations and local community,” it reads.

The CDC has already laid out a detailed rubric for determining whether a community’s level of coronavirus transmission puts it into phase one, two or three of reopening. In a draft published last week by the Associated Press, specific actions were tied to each phase, with more permissive activity allowed as transmission fell.

But in the final version, the language in the guidance document recommends various actions during “Steps 1-3,” without explaining when communities are to follow each step, or whether the “steps” line up with the “phases” described earlier.

Rather, the document simply advises that various recommendations only be implemented in communities with “low levels” of COVID-19 spread and those “with confidence that the incidence of infection is genuinely low.”

This verbiage “might be a little confusing,” said Kirk Sell. “This maybe provides so much flexibility that you could interpret it however you want to.”

Although the detailed guidance is similar to the draft, the tone of the published document is at times less authoritative. The draft called it “critically important” for local leaders to keep tabs on health criteria that would put a jurisdiction in one phase or another; the published version does not.

The guidance for schools comes as administrators consider whether they will need to continue remote learning into the fall. Many camps have already said they will operate remotely or not at all this summer, but others have been waiting to make a decision until they get more information.

The CDC recommends that schools remain closed in step one, which it does not define, and that camps be restricted to children of essential workers and to those who live in the local area.

In “step two,” the document recommends they be allowed to operate with “enhanced social distancing” measures.

For schools, that includes mandating face coverings for staff and encouraging them for students, particularly older students, “if feasible.” Coverings become essential, the CDC says, when physical distancing is not possible.

It also offers a range of social distancing ideas, mostly practices already being considered by districts.

The agency says schools must have adequate supplies for proper hygiene, including soap, hand sanitizer and no-touch trash cans. Surfaces and school buses should be cleaned and disinfected daily, and windows and doors should be open to help air circulate.

It also suggests a long list of ideas to try to keep students and campers apart. That includes keeping the same group of children together with the same staff, something more easily implemented with younger children; limiting gatherings and extracurricular activities; and closing communal spaces such as dining halls and playgrounds.

And it recommends daily health checks, including temperature screenings of staff and students if feasible.

The document does not mention a hybrid model for schooling that would combine in-person and online education, though many districts are considering that.

For child-care centers, the CDC recommends screening children and staff on arrival “if possible” for potential symptoms, getting rid of plush toys and other soft items that are difficult to sanitize and limiting mixing among groups.

Restaurants and bars are given a list of recommended cleaning procedures and told to avoid sharing items such as menus and condiments. The CDC recommends prioritizing outdoor seating and affixing tape to the floor or signs on the walls to ensure customers stay at least six feet apart while waiting to be seated.

The CDC does not recommend dining in restaurants or bars during step one, but many states have already allowed sit-down dining in the first phase of their reopenings. The guidance for vulnerable workers recommends encouraging telework, putting up physical barriers, staggering shifts and offering higher-risk employees duties that involve less physical contact.

The CDC recommends that mass transit employees be required to wear cloth face coverings and that turnstiles and ticket machines be disinfected “at least daily.”

The draft language advised houses of worship to hold virtual and outdoor services, use stationary collection boxes rather than passed baskets, limit rituals that involve physical contact or shared objects, and encourage worshipers to bring their own prayer books and song sheets. Choirs should be streamlined or avoided in favor of solo singers, the CDC draft stated, and buffet meals should be replaced with boxed meals. 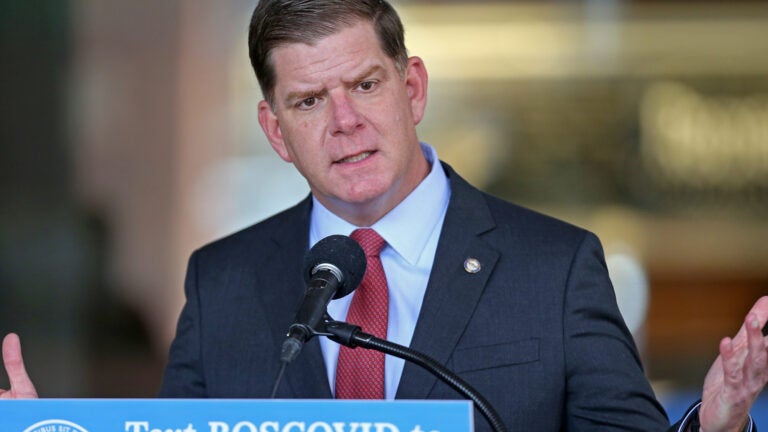