The questions have changed.

Since Gov. Charlie Baker announced Monday that offices would be included in the first phase of the state’s gradual reopening plan, the calls Derek Russell and his team have received from those who they lease office space to have shifted from those initial inquires back in March.

Russell is the vice president of operations for Cummings Properties, the Woburn-based property management firm that owns nearly 11 million square feet in almost 100 buildings largely north of Boston, from offices to laboratories and manufacturing facilities.

When the coronavirus arrived in New England, most clients wanted to know about how cleaning crews were scrubbing down lobbies, hallways, and elevators. Now, the questions center on specifics, things like the HVAC system, UV light components, and traffic flow.

“A couple months ago it was folks asking about, ‘Hey, what are the cleaning protocols in the buildings, how exactly are you guys cleaning, and what are you doing?'” Russell told Boston.com. “And it’s advanced now to really, the questions run the gamut.”

Indeed, the conversations for how to safely and carefully begin the migration of the commonwealth’s white-collar workforce have started. Beginning Monday, offices outside of Boston may open again, with the number of workers present capped at under 25 percent of a space’s maximum capacity.

Offices within the city may open starting June 1 with the same restrictions.

But with lingering uncertainty and calls from public officials encouraging companies to continue to allow work-from-home policies, the return to the traditional workplace will likely be a gradual, patchwork movement of employers deciding on their own schedule when the time is right to go back, not a mass migration, experts say.

“I think it’s going to be … on a company-by-company basis,” said Jere Doyle, executive director of the Shea Center for Entrepreneurship at Boston College. “Some of my companies are dying to get back into the office. It’s been very efficient working from home … but they miss the camaraderie, they miss the engagement.”

For those who do go back, the office environment they return to won’t exactly be the same as the one they left at the onset of the state’s nonessential business closings in March.

Businesses must ensure individuals are at least six feet apart from one another “unless this creates a safety hazard due to the nature of the work or the configuration of the workspace.”

Common areas like break rooms must be closed or reconfigured to allow room for distancing. Employees must wear face coverings when in close-quarter spaces such as elevators. Physical partitions must separate workstations when they can’t be spaced out. Cafeterias can only open if they serve prepackaged food. Work schedules should be staggered to minimize contact between individuals.

And, of course, these changes bring more than just a shake up to an open-office desk configuration.

“One of the major challenges that we will all face going forward on this … in workplaces across the commonwealth and probably across the country is some of that intimacy, that physical intimacy that is so much a part of that shared commitment to work that many people who work together for a long time have, will in fact go away,” Baker said during a press conference Wednesday. “And that is going to be the way it is going to be for some period of time here until we get to the point where we have treatments or a vaccine.”

Companies should have an “isolation, contact tracing, and communication plan” to handle cases if an employee were to become sick with COVID-19 on the job, or were to come in close contact with an individual who was diagnosed with the coronavirus, the state standards say. Positive cases will trigger a shutdown of the site for a “deep cleaning and disinfection.”

Employees should be trained how to self-screen at home for symptoms and should not go to work if they’re feeling ill.

“It’s clearly a challenging balancing act to keep people healthy and try to maintain the appropriate level of business, and we think the (Baker) administration has done a nice job, and overall that’s what the overwhelming feedback has been from our client firms,” Russell said.

According to recently released results from a survey conducted by Eagle Hill Consulting, a management consulting firm, 73 percent of Boston employees believe their employers are prepared to bring them safely back to the workplace — just a bit over the national average of 71 percent.

However, over a third of the 524 individuals surveyed late last month said they are concerned COVID-19 will change the way they work, and 67 percent are worried about exposure to the coronavirus at their job.

“Safety has to be a priority, and I think that employers have to move in a way that’s consistent with employees feeling safe,” said Jonathan Gove, senior director and the Boston office leader at Eagle Hill.

Also important is effective communication from company leaders. Fifty-two percent of employees surveyed said they want employers to continue transparency and open communication, while nearly half said they want flexibility to work remotely and a “continued focus on employee wellness efforts.”

“Every employer is different and no one size fits all, but we would emphasize the importance of understanding employees’ priorities and working to try to incorporate (them),” Gove said.

Company culture can play a roll here, too, according to Doyle, from BC.

“I think what will happen is employees will get in (and) the good companies that empower their employees and have a really strong culture will put it back on employees” who will say how the transition should go, he said.

Cummings Properties have left their buildings open throughout the pandemic because so many client firms are essential businesses, according to Russell. Communication has been a key part of the strategy in handling the company’s COVID-19 response, the details of which now dominate Russell’s days.

“It seems like that’s more important than ever,” he said. “I think we’re at a point now with the return (to offices) here, in that 25 percent (who can return), there are an awful lot of people who just haven’t been at their offices or their office space in two months. I think that comes with a certain amount of anxiety, and I think it’s new to a lot of people.”

Following the unveiling of the state’s plan, Cummings provided its tenants a taste of what office operations under the new normal will look like next week.

The protocols shared with Boston.com include some changes to the physical workspaces: one-way-only stairwells, HVAC filter upgrades, reduced seating in shared conference rooms and lobbies, cleaning and disinfecting routines at least twice per day, and signage, signage, signage.

To fall within the 25 percent maximum occupancy regulation, employers should keep in mind a 5,000-square-foot office would usually have a 50-person limit, but can now only hold about 12 people under the new state regulations.

Russell said he hasn’t heard too much from tenants about physical alterations within offices just yet, but there are indications that employers are shifting their focus on overall office layout.

One client who was looking to expand was initially interested in properties featuring an open layout with bench-style seating, but ultimately shifted gears this week and signed a lease on a property with more private, individual offices, according to Russell.

Those kinds of concerns are something that’s on the radar for the firm’s in-house design and construction division moving forward, he said.

“Even at 25 percent (capacity) you can do a lot with behavioral and operational changes to spread folks out and have some room at 25 percent,” Russell said. “If this becomes longer term …. I think that’s when people are going to start to focus more on the physical adjustments.”

If there have been lessons learned so far, as the pandemic has raged on, Doyle points to this: Flexibility is key.

“We’re in an innovation economy,” he said. “Well, in the workplace, you need to be flexible.” 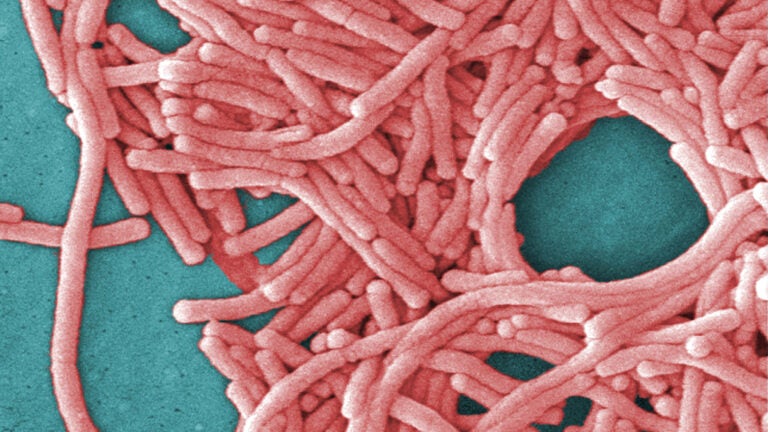