A coalition of Black and Latinx activists staged a protest Monday afternoon against Gov. Charlie Baker’s reopening plan, arguing that easing restrictions meant to limit the spread of the coronavirus disproportionately puts communities of color at risk.

“We believe it’s happening way too quickly,” said Armani White, an organizer with the Black Boston COVID-19 Coalition, which co-hosted the downtown Boston demonstration with the local chapter of the Latinx political group Mijente.

The protest coincided with one of the first waves of reopenings — from car washes to curbside retail to most general office spaces — in Phase 1 of Baker’s plan.

Echoing the concerns of some public health experts, the group said that the Massachusetts reopening plan was prematurely proceeding without sufficient input from or protections for frontline workers, who are more likely to be people of color.

While the hard-hit state has seen positive downward trends in important metrics like the rate of positive COVID-19 tests, hospitalizations, and deaths over the last few weeks, working-class cities like Brockton and Chelsea continue to report the highest percentage of infections. Black and Hispanic residents also make up a disproportionate number of the statewide COVID-19 cases, hospitalizations, and deaths on which the Baker administration has race and ethnicity data.

“Our governor is asking the Black and Latino workers to sacrifice themselves for the economy — and we know that is not right,” said Al Vega, the policy director for the Massachusetts Coalition for Occupational Safety and Health, which has called for more mandatory safety standards, multi-language training materials, and requirements that employees are provided with appropriate protective gear.

“We are here to honor the dead, but fight like hell for the living,” Vega added. 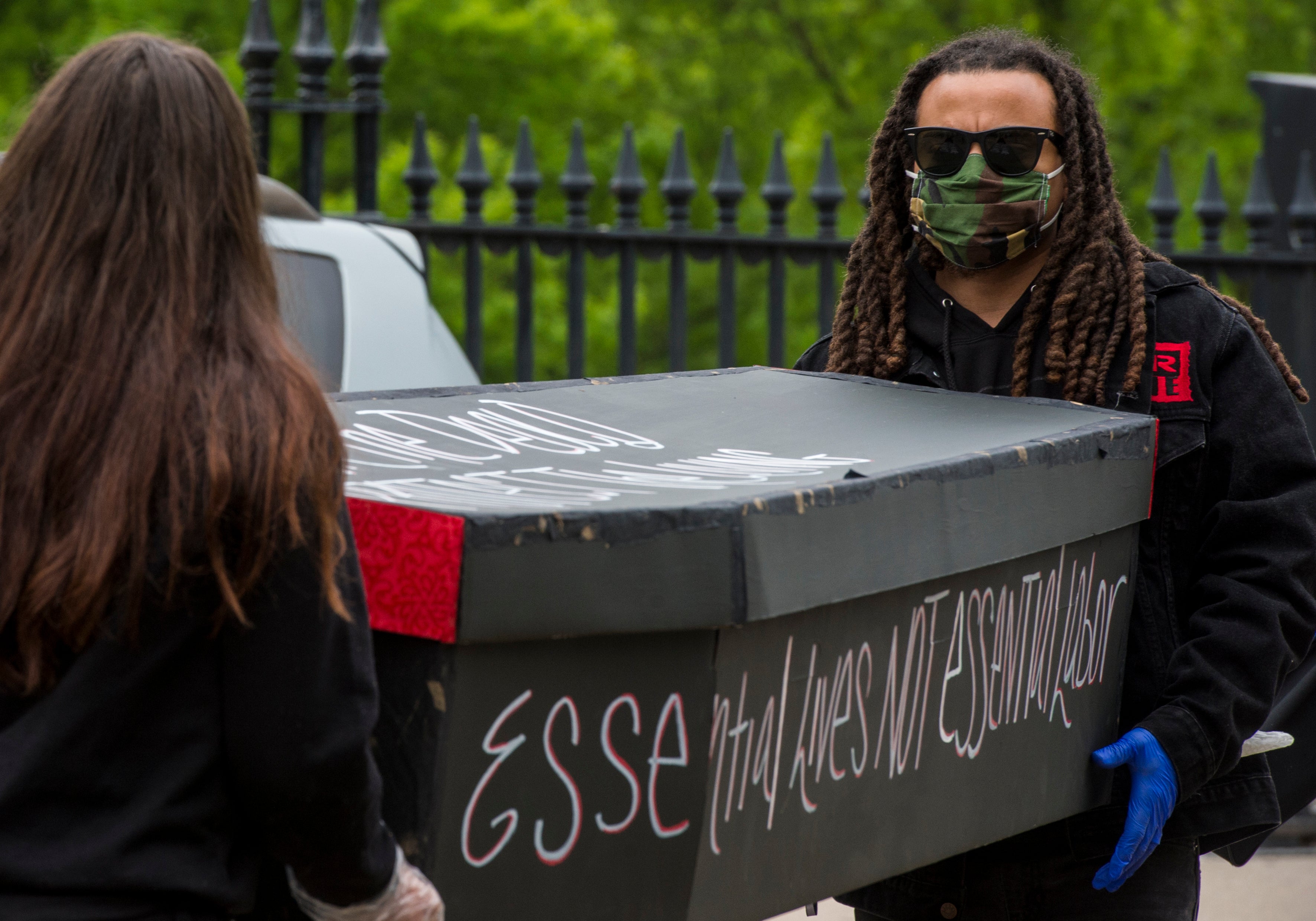 Armani White carries a coffin to the steps of the State House during the demonstration Monday.

According to The Boston Globe, roughly 30 people participated in the protest, which included a “funeral procession” from the Boston location of the local steakhouse chain Davio’s to the Massachusetts State House. In front of the State House front gate, they laid out props, a fake coffin, and a chair painted with the words, “Essential workers have no seat at the table.”

Organizers explained that they began the protest outside Davio’s because the restaurant’s CEO Steve DiFillippo was a member of the state’s reopening advisory board, which developed the plan released last week.

Some Democratic lawmakers, including Rep. Ayanna Pressley, say the four-phase reopening plan released last week — which the Baker administration says is guided be public health data — lacks input from workers. The criticism, including during the protest Monday, has also targeted the makeup of the 17-member reopening board, which consists of municipal officials, health care experts, and business leaders, including five CEOs. Union leaders have criticized the lack of a worker representative on the board.

The board did solicit input from several dozen outside groups. And in response to the criticism, Baker has noted that the state’s approach to reopening — which is generally happening at a slower pace than reopening plans in neighboring, less-hard-hit New England states — has been deliberately “cautious.”

“The reopening advisory board, which had very smart people on it and met with a zillion different organizations of one kind or another as they went through their process, basically laid out what they felt was a careful and a cautious approach to this,” he said last week.

Still, without worker representation on the reopening board, critics say the administration’s plan is more reflective of the needs of those in “privileged” positions, while questions about things like child care and public transit remain unresolved.

State Rep. Mike Connolly, a Cambridge Democrat who spoke virtually during the protest Monday, noted that Baker’s shutdown orders had helped prevent COVID-19 cases from overwhelming the healthcare system. However, he said the reopening plan was only happening now that “those who have the most power and the most wealth” were confident that hospital beds would be available to them if needed. 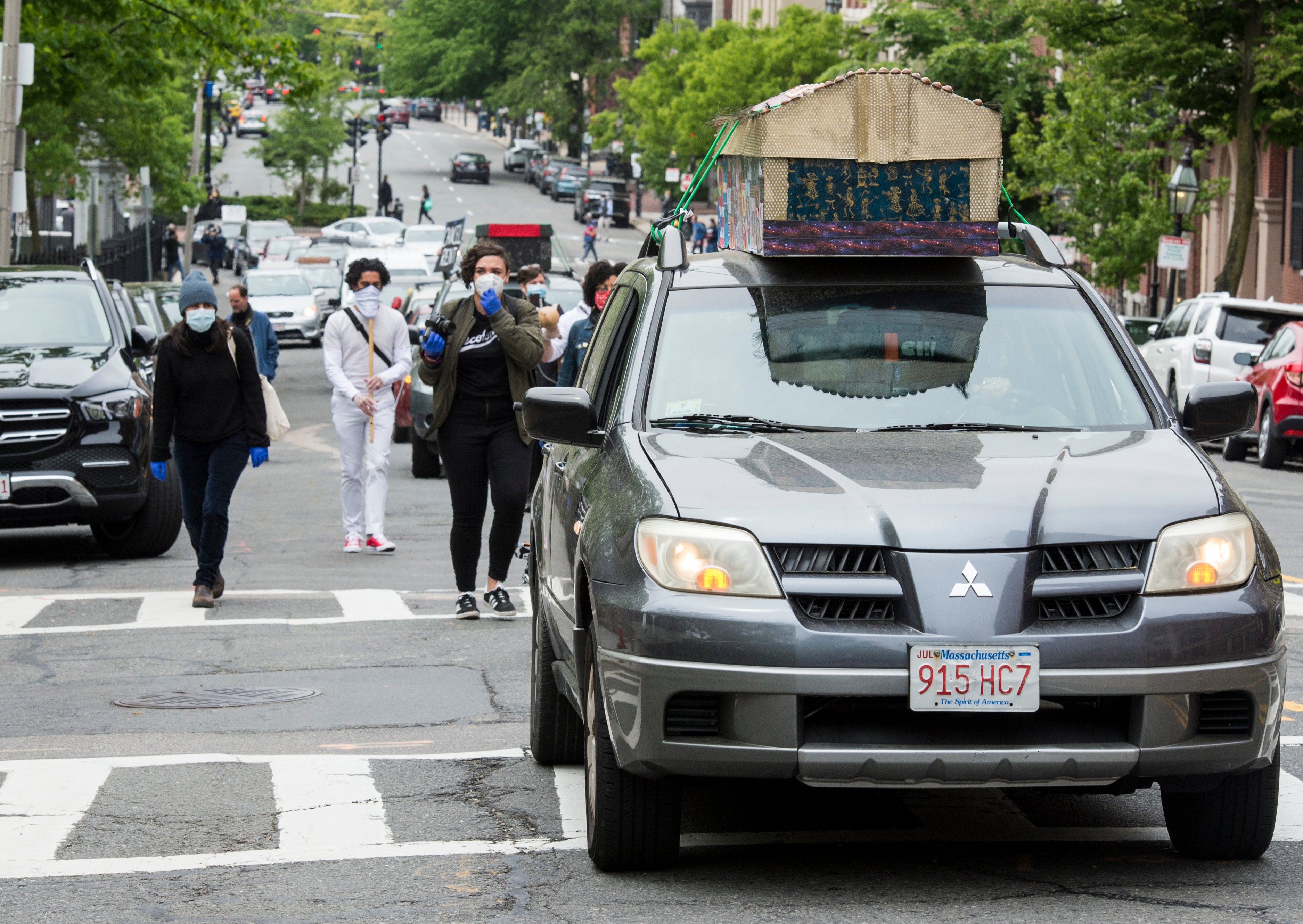 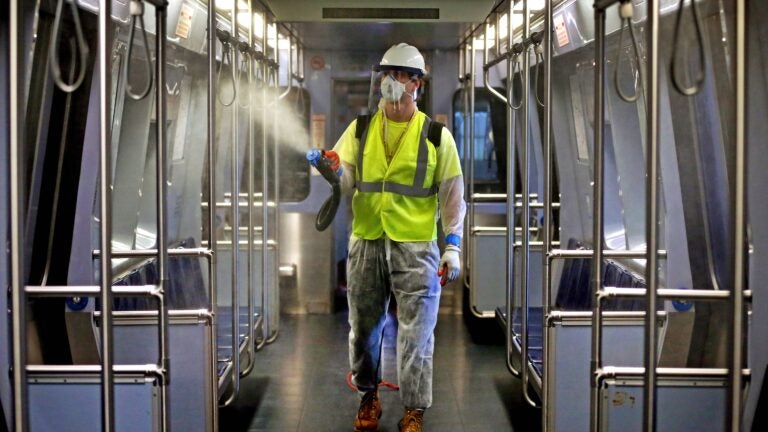