Just to see the eyes and hear the voices of her face mask-clad customers is wonderful for Elizabeth Swanson.

Like many retailers, Swanson, owner of Birch St. House & Garden, a Roslindale gift shop, is now offering curbside pickup, allowed as of Monday under the first phase of the plan to reopen Massachusetts.

The service is another tool in the arsenal to serve customers for Swanson, as she and other store owners have been forced to close their brick-and-mortar locations to the general public over the past two months.

“I definitely am feeling hopeful,” she told Boston.com Tuesday.

Local shop owners have pivoted their operations, making the changes needed to keep customers and staff safe while also taking up the long desired chance to return to their stores, at least in some capacity.

“We’ve been waiting for this,” Bill Rennie, vice president of the Retailers Association of Massachusetts (RAM), said in an interview. “We knew this day was coming and so our members have certainly been prepared and ready to serve the customer both at least online, over the phone, and right at curbside. So anything the consumer is looking for is certainly available.”

Under the reopening plan unveiled by Gov. Charlie Baker last week, nonessential retailers are allowed to offer remote order fulfillment and curbside pickup, albeit with a few rules.

Regulations state customers picking up must pay in advance — which means calling ahead or ordering online are musts for consumers — and businesses should stagger pickup times to avoid customer interactions.

Physical interaction between store employees and customers is also off limits, so pickups “must be completed by the customer without employee assistance,” the rules say. Employees may provide limited assistance to customers with disabilities, though.

Retailers, of course, are not mandated to reopen. So if customers are wondering about what businesses are indeed open for a quick order pickup, there’s no one place to look.

Rennie said it’s currently unclear just how many have sprung at the option.

Still, it’s incumbent upon retailers to try to promote their stores and make certain that information on their websites and social media platforms is up to date, he said.

Customers are, after all, often quick to punch in a quick Google search to see what’s available, he said.

As for the first two days of curbside pickup offerings, operations have been slow going, at least until stores — and customers — get a better sense of their new routines, Rennie said.

“It’s good to be back in some regards,” he said. “You had a lot of these places you know, they haven’t spent much time in the store over the past 10 weeks or however long this has been. So it’s good to be back and sort of get a feel for how you’re going to operate.”

At Brookline Booksmith, employees worked over the past week-and-a-half to get things in order for Monday’s curbside opening, according to assistant manager Nick Petrulakis.

“There’s so many questions (still) so we’re just kind of gingerly working our way, again trying to keep safety paramount,” he said. “But customers are thrilled. It’s giving folks a glimmer of hope that maybe we’re working through this.”

The Coolidge Corner store is now open daily for phone-in or orders placed online for pickup during limited hours, Petrulakis said. Staffers are continuing to fulfill online sales as well, which had kept them busy over the two-month shutdown of the physical store.

They’re also cooking up ways to bring customers a bit of that experience of stumbling along a great read while casually perusing a shelf.

“The strength of bookstores is browsing, is discovering things that happen to be on that front table,” Petrulakis said. “That for right now has not happened. We’re trying to replicate a front table in our front window, but that is obviously very different.”

It’s that kind of work — of delivering that in-store experience from a distance — that some retailers are now attempting to bring alive.

Swanson admits she had dragged her feet in the past regarding her online presence.

“My store is just so eclectic that I felt like it was one of those ones you need to come into,” she said.

But upon the state’s nonessential business closure order in March, Swanson, who relies on her shop as her sole source of income, kicked into “survival gear,” she said.

Over the following weeks she built out her online offerings and texted and emailed hundreds of pictures of items to customers.

Swanson also hopes to capitalize on her corner storefront soon through placing items in the windows with instructions on how to purchase them via text, so she can keep business going even when she’s not on site, she said.

“I don’t want you to have to remember and then (have to) remember to contact me at a later date,” Swanson said.

Other New England states have allowed customers back inside brick-and-mortar stores with certain safeguards. Some stores such as clothing, shoe, and jewelry retailers “don’t lend themselves to curbside selling situations,” RAM President Jon Hurst said.

According to Rennie, the association hoped appointment-only shopping would at least be included in the plan’s first phase.

“There are some things that are just not meant to be ordered online or over the phone … there are certain things you want to hold in your hand, get a feel for,” he said.

Like many, Rennie said Tuesday RAM is “cautiously optimistic” about what the future holds in the new normal.

The state’s reopening plan indicates the second phase, which could potentially start June 8, would allow for further easing of restrictions in the retail sector, such as allowing some operations to return with capacity limitations, though further details have not been released.

Baker has said each phase would last a minimum of three weeks.

RAM is hopeful that the plan stays on schedule, if it is not expedited, Rennie said.

“Our members, provided that the public health data is showing things trending the right way and it’s safe to do so, would like to be able to serve their customers,” he said.

At Cambridge Bicycle on Massachusetts Avenue, the shop largely shut down for a few weeks — despite being an essential business — to re-evaluate its operations to ensure the store could conduct business safely, according to store manager Josh Smith.

The store reopened in early May with its current curbside model — a counter blocks the front door, where customers are helped on a first come, first served basis — that Smith describes as an “old west style, town shop” way of doing business.

Bicycles are disinfected both on the way in and on the way out of the shop, Smith said. Signage guides customers to where to line up, he said.

“It’s just been kind of ‘tell us what you need and we’ll show you what we have,'” he said.

Limits on staffing and supply shortages have been the main hurdles, according to Smith. But the store has been able to procure masks and hand sanitizer from fellow local businesses, he said.

And customers have been steadily increasing, which Smith partly attributes to a boom in cycling interest amid the work-from-home era.

“Every day is a different day for us,” Smith said. “We’re constantly adapting, and I think that’s going to have to be the strength of a lot of different businesses — just being nimble.” 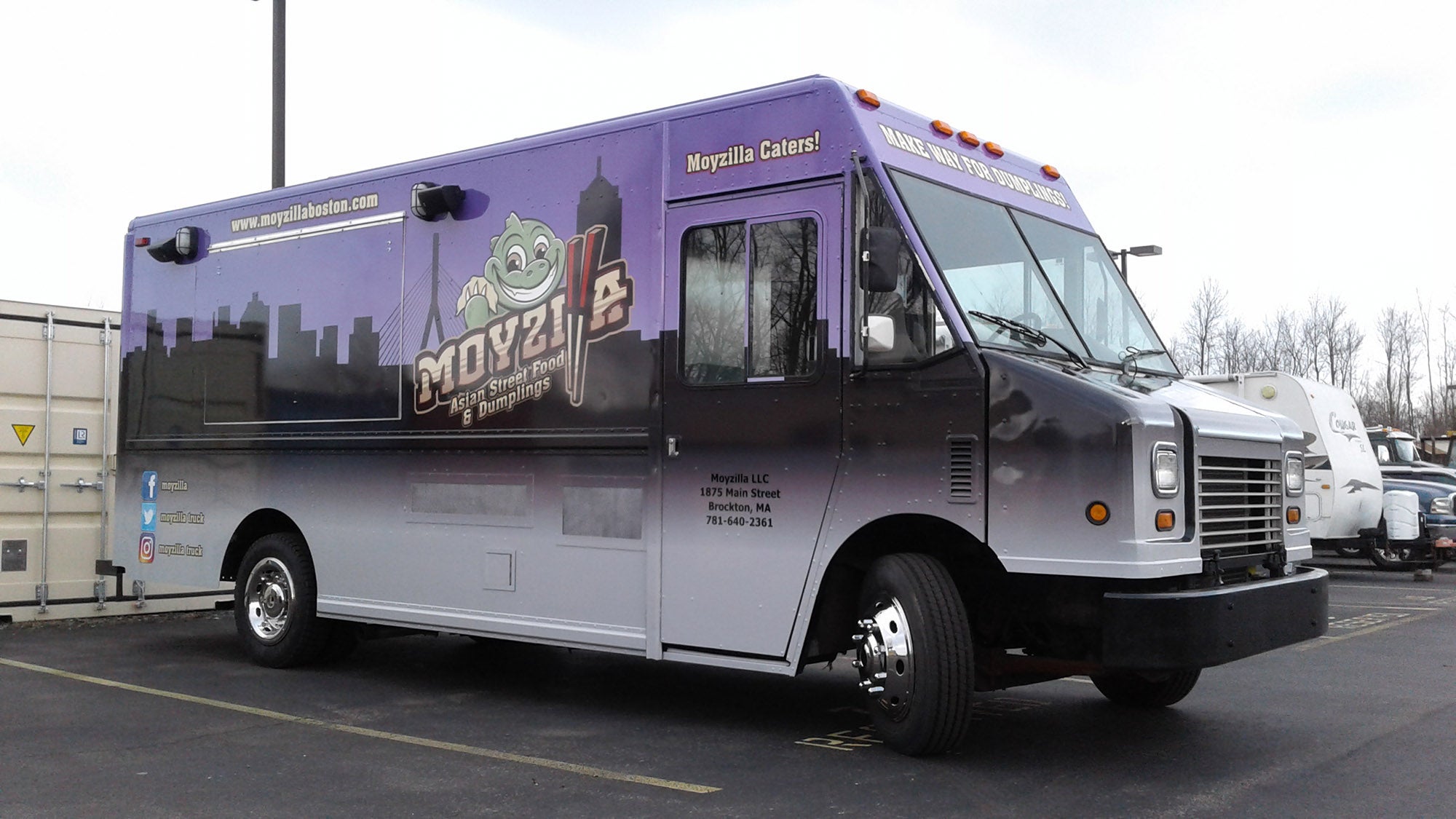