Massachusetts officials are preparing for the possibility that remote learning continues into the next academic year, but they’re hoping to have students back in school.

“I want to be clear,” Jeff Riley, the state’s commissioner of elementary and secondary education, said during a live-streamed meeting Tuesday. “We are working to have schools up and running in the fall with appropriate safety protocols.”

As hard-hit Massachusetts rolls back restrictions on public life meant to limit the spread of the coronavirus, Riley said his office has formed a “return-to-school” working group to develop recommendations for how classes can restart in the 2020-2021 academic year.

According to Riley, the group is hoping to release a draft plan to districts by mid-June “before schools are out for the summer so that they have several months to plan for a fall opening.”

“Moreover, we hope to have some summer programming as well, but as with all, we will await the guidance from the administration on the timeline and the phases and when things are available,” Riley said. “To that end, we will be providing summer guidance … by early next week.”

Riley added they’re hoping to balance the desire to quell some of the uncertainty about the fall with the need to make sure different stakeholders are able to “weigh in” on the recommendations.

“We certainly feel a sense of urgency,” he said.

The update comes more than a month after Gov. Charlie Baker ordered all K-12 schools in Massachusetts — which have been shuttered since March 16 due to the pandemic — to remain closed through the spring. Schools have tried to replace in-person classes with remote lessons, though the inherent lack of engagement in online classes has been a struggle for teachers, students, and parents across the country.

The question of when Massachusetts students would be able to return to school went unanswered in Baker’s phased reopening plan last week, but on Wednesday the governor stressed the importance of finding a “workable” plan to resume in-person classes this fall.

“I feel terrible — and I know almost everybody does — about how much school our kids lost as a result of this pandemic,” he told reporters during a press conference. “I think we all believe that it’s critically important that we do all we can to make sure they don’t lose another half year or, God forbid, longer than that.”

Baker also highlighted the “equity” dimension of reopening schools, amid concerns that the shift to remote learning is widening achievement gaps that already existed along socioeconomic and racial lines.

“There are a lot of kids for whom school is a really important part of their life for reasons that go way beyond academics,” he said.

Administration officials and state lawmakers have already begun discussing the protocols under which in-person classes could resume. During a legislative hearing earlier this month, Riley said they were discussing increased health monitoring and social distancing measures everywhere from hallways to cafeterias to school buses.

The Centers for Disease Control and Prevent also released federal guidelines last week for reopening schools, which include advice like spacing desks 6 feet apart, dividers between bathroom sinks, staggered arrival and drop-off times, and virtual events instead of field trips and school assemblies.

Massachusetts Education Secretary James Peyser also said during the hearing earlier this month that officials should be “prepared for the possibility that in-person education will be interrupted again,” amid concerns about a second coronavirus wave this fall.

“There is no question that remote learning will be a much larger factor in planning for the next school year,” Peyser said.

With that in mind, Riley said Tuesday that the working group is reviewing the results of a recent survey his office sent to schools to better understand the “current state of remote learning” in Massachusetts.

“This will be especially important should some or all of remote learning be needed for next year,” Riley said. “We want to make sure that we continue to refine and improve the process.” 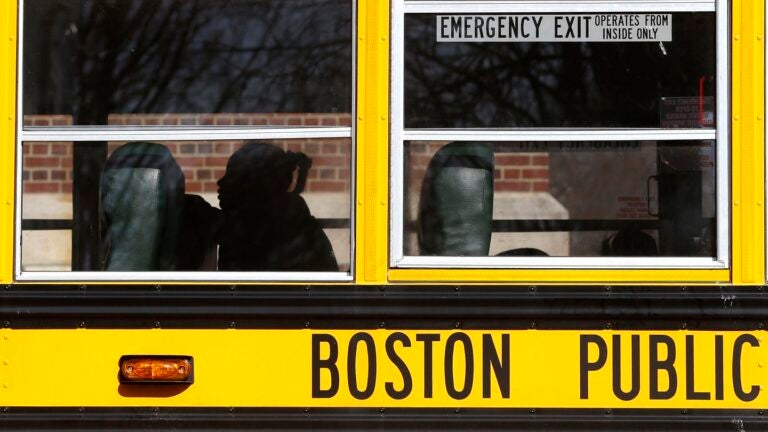 State educators are thinking about what school could look like in September. It’s complicated.