For more than a week, Boston-area residents have repeatedly taken to the streets en masse to protest systemic racism in policing in the wake of the killing of George Floyd.

Now, city officials are encouraging them to get tested for the coronavirus.

Boston Mayor Marty Walsh announced Tuesday that the city will offer free and confidential COVID-19 tests to both symptomatic and asymptomatic individuals at a pop-up location in Roxbury this week. Located in the Washington Park Mall’s parking lot, the testing site will be open to anyone on a walk-in or appointment basis from noon to 7 p.m. on Wednesday and Thursday.

The temporary site joins more than 20 other free, appointment-only COVID-19 testing locations in Boston. City officials say any resident who recently participated in a large demonstration — where the risk of transmitting the disease is the highest — should get tested.

“As residents take a stand and raise their voices against racism and injustice, we want to provide every tool we can to keep them and their loved ones healthy when returning home,” Walsh said in a statement. “In addition to handing out face coverings and hand sanitizer at recent demonstrations, we are proud to now make available a pop-up site for anyone — with symptoms or not — and encourage those who have recently been in large groups to get tested and limit the further spread of COVID-19 in our community.”

The initiative comes after a study last month found that roughly one of every 10 individuals in Boston’s hardest-hit neighborhoods had antibodies suggesting they had COVID-19 at some previous point in time. As of Tuesday afternoon, the city had reported a total of 13,041 confirmed COVID-19 cases and 669 deaths due to the disease.

Public health experts have acknowledged the risks of the unprecedented national protests, as they weigh the benefits of potential action to address systemic racism against several months of consistent guidance that people should avoid large crowds and close contact with other people in order to limit the spread of COVID-19.

Walsh echoed those worries during an interview Sunday on WCVB.

“My concern is we’re going to see a second large surge, in particular because of the protests,” he said. “COVID is still very much here.” 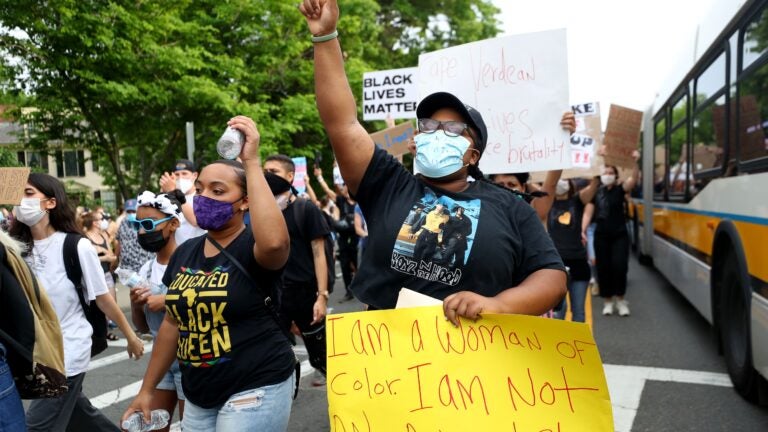 People of color are protesting. A Harvard public health expert is concerned about their health and COVID-19.