Even as other states across the country see record levels of new COVID-19 cases, Gov. Charlie Baker says Massachusetts has put its surge in the rear-view mirror.

During a visit Friday at Beth Israel Deaconess Medical Center in Boston, U.S. Health and Human Services Secretary Alex Azar highlighted a remarkable drop in health care visits for non-coronavirus reasons, which he called a “particularly concerning aspect of the crisis.”

“People aren’t stopping having heart attacks and strokes because of the pandemic,” Azar said. “What’s happening is they’re not seeking needed medical care.”

While hospitals canceled non-urgent procedures en masse at the outset of the coronavirus outbreak, the Baker administration’s reopening plan opened the door for emergency visits to resume last month. Phase 2 of the plan, which began this past Monday, even allows routine doctor’s office visits, dentist appointments, and vision care.

It’s not the first time concerns about people delaying care for often-serious ailments due to the pandemic have been raised.

But especially as hospital beds in Massachusetts become increasingly available, Baker said Friday that it was “critically important” for people to return for needed care. Due to the increased shift toward telehealth services during the shutdown, Baker said the state’s health care system in many ways had even “more tools” to provide care than they did before the crisis.

“We have a health care system here in Massachusetts that is looking to serve people,” he said.

As of Friday afternoon, the seven-day average rate of positive COVID-19 tests in Massachusetts, which has been one of the hardest-hit states in the country during the pandemic, dropped again to 3.4 percent — amounting to an 88 percent decrease since April 15. Hospitalizations and deaths due to the virus were also down 65 percent and 78 percent, respectively. And only five of the nearly 70 hospitals included in the Baker’s administration’s daily update were operating at surge capacity.

“These numbers have gotten to a point where the entire health system is basically out of surge, with very few exceptions,” the governor said.

Worried about a resurgence?

The promising data in Massachusetts comes as coronavirus cases swell in more than 20 other states that were initially less hard hit by the disease and began their reopening plans earlier. As The Washington Post reported, 14 states and Puerto Rico record their highest-ever seven-day average of new coronavirus cases since the beginning of June.

Azar said Friday that it was “too early to tell” if the increase was linked to the reopening. He said the administration was focusing on 60 countries they considered “hotspots,” where the outbreak was linked to “discernible causes,” and where close-quartered living or work spaces had resulted in community spread.

“We are however seeing some other pockets of the country with increase in cases and hospitalizations, and we’re actually deploying our officials from the CDC, our epidemiologists, out to get the ground truth to find out what’s going on there to make sure we can work with the state and local authorities with interventions. But at this point, in terms of a connection to reopening, the data doesn’t seem to support that.”

According to Azar, the federal government had developed the awareness and response infrastructure to prevent the need for any second widespread shutdowns, though “there could be isolated communities that face outbreaks that need to take some form of community mitigation.”

Azar also said it was too early to make any conclusions about whether the national protests against racial injustice over the last two weeks could be linked to the increased spread of the disease. Given the average five-day incubation period of the virus, he said any subsequent spike in hospitalizations wouldn’t occur for two to three weeks. Azar encouraged protesters to wear a face coverings, practice social distancing, and consider getting tested for the disease.

Baker said he shared Azar’s tentative concerns about the protests perpetuating the spread of the coronavirus.

“Anytime you have big groups together like that, especially if there’s a lot of singing or chanting, which there was, that’s concerning,” he said. “I’m taking some comfort in that it was outdoors. Most people were wearing masks. And those groups for the most part were moving.

Baker, however, agreed that it would probably be “a couple of weeks” before officials learn whether they were right to be worried. 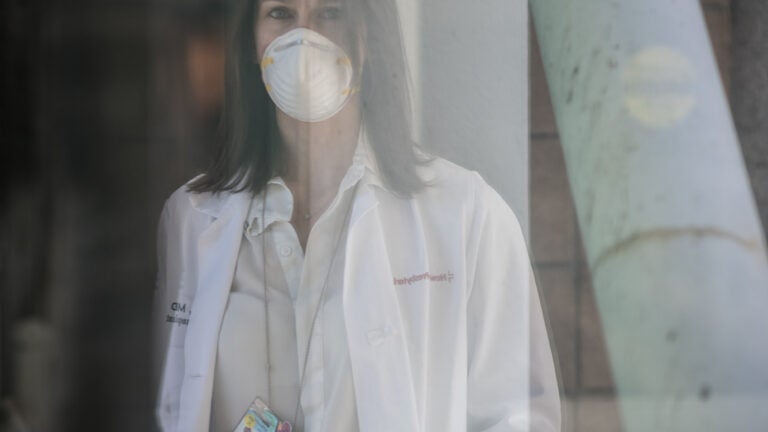 The pandemic’s hidden victims: sick or dying, but not from coronavirus