NEW YORK — Janet Mendez started receiving bills soon after returning in April to her mother’s home from Mount Sinai Morningside hospital, where she nearly died of COVID-19. First, there was one for $31,165. Unable to work and finding it difficult to walk, Mendez decided to put the bill out of her mind and focus on her recovery.

Mendez is optimistic that her insurance company will cover a large part of the costs, but only after receiving a series of harassing phone calls from the hospital about payment.

A spokesman for the hospital told The New York Times that Mendez erroneously received a bill that should have gone directly to her insurance company or the government. Coronavirus patients, through a series of federal aid packages, are supposed to be largely exempt from paying for the bulk of their care.

But mistakes are likely to occur, particularly given the number of people who have recently lost their health insurance amid an economic downturn and widespread job loss. And when they do happen, patients like Mendez will be the ones to have to sort out the complicated billing process at a time when they are still recovering from COVID-19.

“We’re looking at a tsunami,” said Elisabeth Benjamin, a vice president at the Community Service Society of New York, which is trying to help Mendez get her bill reduced. “The earthquake has struck, and now we’re waiting for the bills to roll on in.”

When Mendez got over the initial shock and examined her bill more closely, she was struck by how vague and arbitrary the charges seemed. She was billed $3,550 for “inpatient charges” and another $42,714.52 for “pharmacy” but without any breakdown of what medicines she received or how much each cost.

Mendez said the bill should have at least been itemized, listing each drug she was being charged for — and the price. She was, after all, unconscious for much of her hospitalization.

“I don’t know what medicines they put in me,” she said. “I can’t say they did this or they didn’t do this.”

Most of the line items on her hospital bill are vague. Some of the most expensive are four entries that simply read “Medical — Cardiac Care.” Each one ranges from $41,000 to $82,000.

Part of the confusion was that Mendez had recently changed health insurers, and she had arrived at the hospital struggling to breathe and without her new insurance information. The hospital billing department concluded she was uninsured and sent her a bill directly.

“To be clear, neither this patient nor any Mount Sinai patient should receive a bill or be expected to directly pay for their COVID-19 care,” a spokesman for Mount Sinai Health System, Jason Kaplan, wrote in an email, describing it as an isolated error.

Mendez’s insurance company told her she is likely to owe less than $10,000 for her treatment.

While eye-popping medical bills are nothing new, COVID-19 patients are supposed to be largely exempt. During Mendez’s hospitalization, a huge bailout of hospitals was taking shape.

The federal dollars are intended to help compensate hospitals and health care providers for the expense of treating COVID-19 patients like Mendez. The money is also meant to help make up for the revenue hospitals lost as elective procedures were canceled and non-COVID patients dwindled.

The money comes with some conditions that are intended to protect patients from medical debt. For instance, health care providers are not permitted to seek extra payment from patients with health insurance who received care at an out-of-network hospital. Nor can they “balance-bill” — that is, bill the patient for the difference between what the insurer will pay and the hospital’s charges.

But the protections do not fully insulate patients. Even if a hospital takes federal money, some of the doctors who treat patients there can send their own bills to patients directly.

Mendez received a bill separate from the hospital. The doctors who cared for her individually charged between $300 and $1,800 for each day. Some days, four different doctors billed her for treatment.

Depending on their insurance plan, patients may still be stuck with paying copayments, deductibles and a percentage of the bill — which can amount to thousands of dollars, although some plans may limit out-of-pocket costs, said Jack Hoadley, a health policy researcher at Georgetown University.

And significantly, some of the conditions imposed with the bailout funds apply only to patients with insurance.

Mendez has submitted the bill to Cigna, her new insurer, and said that she was led to believe her share of it will be less than $10,000.

Like thousands of other gravely ill COVID-19 patients in New York City, Mendez, an office administrator for a Domino’s Pizza franchise, had been deeply sedated and placed on a ventilator to keep her breathing soon after arriving at the hospital March 25. She was in the hospital for 19 nights.

When she awoke, she could not remember her own name or where she was, she said in an interview.

It was a day or two before her memory returned and her confusion receded.

When she was discharged, an ambulance took her to her mother’s home.

At first her mother tried to keep the bills from her. But then Mendez said she began to get phone calls from Mount Sinai asking her how she intended to pay.

She is hopeful that insurance will cover the vast majority of the charges. But she is also worried that more bills will arrive.

“I haven’t seen anything that says ‘ambulance’ on it,” she said, wondering if she was going to be charged for the ride to the hospital. Then she remembered that she left the hospital by ambulance as well. “Maybe I’ll be charged for both of them.” 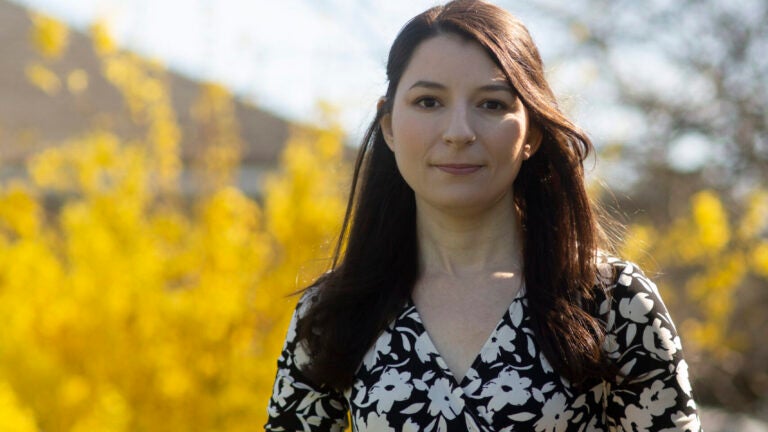