Deval Patrick says there’s rightly been “a lot of emphasis” on expanding mail-in voting during the coronavirus pandemic.

As a longtime voting rights advocate who supported voting-by-mail reforms as a 2020 presidential candidate when barely anyone knew the abbreviation COVID-19, the former Massachusetts governor says it’s an option that many people can and should enjoy at a time when the contagious disease remains a risk.

“But not everyone can enjoy it,” he adds.

Both in Massachusetts and elsewhere, Patrick says “there will be people who chose to — or frankly may have to — vote, if at all, by voting in person.”

And often, it’s those people who are in the most historically marginalized groups.

During a conference call Thursday afternoon, Patrick  joined several national voting rights advocates to unveil the Voter Protection Corps’ recommendations for local and state government to ensure people don’t have to choose between “being a citizen and being safe.”

Quentin Palfrey, the chair of the Voter Protections Corp and Democratic nominee for Massachusetts lieutenant governor in 2018, says the group strongly supports efforts to expand mail-in voting options through the November general election as the “hands down” safest method during pandemic. But they also don’t want protections for in-person voting to go overlooked in the process.

“The point of the report is a kind of belt-and-suspenders approach,” Patrick said.

According to U.S. Census data, more than three-quarters of voters cast their ballots in person during the 2018 elections. For Black voters, the rate was 88 percent. In other words, Black voters — who already face heightened barriers to the ballot box — voted by mail at less than half the rate as other races.

The report Thursday attributed the disparities in mail-in-voting to the “systemic economic disparities that lead Black Americans to both rent more often and pay higher monthly rents,” which makes them more likely to move and change addresses.

But it isn’t only a black and white issue. Native Americans — many of whom have nontraditional addresses on reservations — and people with disabilities also cast ballots in person at an increased rate, according to Palfrey. The report also suggests concern that young voters, who are more vulnerable to the “economic dislocation caused by COVID-19,” may face challenges receiving a mail-in ballot.

He points to examples across the country during the presidential primary this spring where polling locations that were closed, relocated, or short-staffed resulted in confusion and exacerbated long lines — and seemingly reduced turnout. During the Illinois primary, Chicago-are precincts with relocated polling locations saw a 2.3 percent drop in turnout compared to locations that weren’t changed. During the Wisconsin primary, turnout in Milwaukee dropped 37 percent from 2016 levels, compared to just a 4 percent decline in the rest of the state. And during the Pennsylvania primary earlier this month, turnout in Philadelphia dropped 30 percent from 2016, compared to a 5 percent in the rest of the state earlier this month.

Last week, many voters in Georgia and Nevada were forced to wait in line for hours, due to reduced polling locations and a shortage of workers, as well as new recruits who lacked training.

Even in Massachusetts, where state lawmakers are currently crafting a bill that would extend early voting and vote-by-mail options for the upcoming state primary and general elections, Palfrey says “there’s more that we can do.”

“I think the bill that is, hopefully, getting over to the governor’s desk in the next few days is a step forward in many ways,” he said. “That said, we do think that there were some measures that were on the table — some amendments that were proposed — that would have been a dramatic improvement.”

Palfrey told Boston.com in an interview that the legislation that appears headed to Gov. Charlie Baker specifically lacks strong requirements when in comes to poll worker protections and communications about location changes. Instead, it leaves those decisions to Secretary of State Bill Galvin and municipal election officials. Palfrey also advocated for an online portal to recruit poll workers, which he said did not make the cut.

“Our goal is to make it easy for everyone to vote in the way they feel most safe and comfortable, because as advocates for democracy and as election administrators, our job is to bring democracy to the people,” Michigan Secretary of State Jocelyn Benson said during the call.

The first is to keep existing polling places open, with proper social distancing protocols, adequate protective equipment, and cleaning supplies. Palfrey acknowledged that there may be some locations that don’t accommodate social distancing or are located in senior centers, but he said the latter only makes up for 2.2 percent of all polling places.

“Our data show that the vast majority of early voting and Election Day polling locations are schools, government buildings, and community buildings that can accommodate new configurations to protect voters and poll workers,” the report says. “These sites should be kept open whenever possible.”

The plan also calls for expanded curbside voting, where voters can fill out their ballot outside the building.

Palfrey told Boston.com he was “deeply worried about poll worker shortages” and the effect it may have on lines. The group’s second recommendation calls for the state to create the aforementioned online portal to recruit poll workers, along with remote training. They also advocate for “Adopt-a-Precinct” programs modeled after an initiative in Nevada, where groups can recruit workers for a specific polling place. The plan even suggests giving high school and college students the day off to serve.

The group’s third and more “straightforward” suggestion to make in-person voting is simply to expand early voting in the hopes of spreading out when people arrive to cast ballots. That includes weekend voting and expanded access in cities where more than one early-voting site may be necessary. But officials in rural areas should also look to ensure “broad access,” the report said.

Lastly, the group says it’s imperative to clearly communicate to the public that in-person voting is safe. Even in the more concerning cases like Wisconsin, the impact of in-person voting on the outbreak has been unclear. And with the outlined protections, advocates don’t want voters to be scared to go to the polls — or intentionally misled.

Following the misinformation in the 2016 election, Palfrey told Boston.com that he fully expects “suppression tactics that use COVID-19 to make people feel it’s not safe to vote,” especially from outside actors.

“In the absence of explicit communications about the safety, security, and integrity of voting, we leave the public even more susceptible to disinformation campaigns that will target marginalized groups,” reads the report, which calls for repeated and consistent notices for any polling location changes, along with outreach to inform poll workers they will be protected.

For voters, Patrick say his main message is to “make a plan.”

“They should think about what that plan is well enough in advance to execute it,” he said. “If that is going to be voting by mail, find out what the rules are, get the documents, and get them in well ahead of the deadline. If it’s going to be voting in person, know where your polling place is. If there’s early voting, take advantage of that. Show up when you can with a plan to stay as long as necessary, and the obligation of the officials is to make sure that that polling place is safe.”

In releasing their report Thursday, the group said they hoped to give officials time to execute on their own respective voting plans.

“I’ve always loved that old adage that, in a democracy, you get the government that you deserve,” Patrick said.

“But that adage only makes sense if the vote is meaningful — if you can actually cast it,” he added. 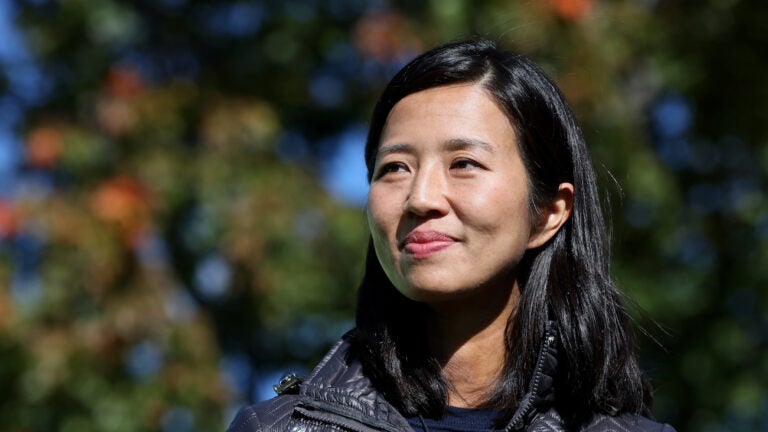