Melissa Robinson, like many childcare providers across Massachusetts, is developing a plan to welcome children back to a safe and healthy learning environment under the state’s new rules — and somehow stay open.

To minimize the spread of the coronavirus and enforce better social distancing, Robinson will reopen her business, Romper Room Childcare, with individual desks for each child. Circle time will require dragging the desks into formation rather than congregating on the rug. Trips to the playground will have to go, as will the sand and water tables for sensory play. Children will have their own art supplies, rather than sharing them. Teachers will have to wear masks, and students over the age of two will be encouraged to wear masks whenever possible.

Alongside health and safety worries, childcare providers like Robinson are facing two main challenges: A decline in enrollment, with a number of families not yet feeling safe to send their children back to their center, and the latest Department of Early Education and Care (EEC) regulations that limit preschool class sizes to 10 students for every one staff person, with no mingling between different classrooms.

Robinson is concerned about how the changes will affect the children’s development, too. Her team has been working to create safer sensory play options and plans to use clear masks. It’s important for babies to see their caregivers’ mouths to develop language skills, said Robinson. “A lot of them will try to mouth what we say, and if they can’t see it, it’s kind of hard to mimic what you do.” Robinson’s two centers in Dorchester and the South End are licensed to serve 45 students cumulatively; so far only nine families have confirmed that they are coming back.

Andrea Tavares, owner and administrative director of Pleasant Time Learning Center, faces a similar challenge. “With these guidelines, they’ve actually limited to no more than 10 children in a space. I have a preschool classroom of 16. We need to basically find different ways to cut kids out of daycare,” said Tavares. “But if [families] pay for this obviously they need it. I’m trying to cut those full-timers down to part-time, hoping to be able to at least do something for some of the families — give them a few days here and there.”

Robinson and Tavares aren’t the only ones in this bind. Recently, Daycares United, a coalition for childcare centers across Massachusetts, surveyed 155 licensed daycare centers. The centers reported that in order to comply with regulations, on average they would have to reduce the number of children they served by about 29 students, resulting in almost $50,000 in lost income per month. For 22 percent of the centers surveyed, the lost income would force them into bankruptcy or an indefinite waiting period before reopening.

“Childcare rates are going to go up. Our data shows that about 45 percent of programs are going to raise rates,” said Christopher Vuk, the founder and CEO of Rock and Roll Daycare in Cambridge, and president of Daycares United. “The two things that we don’t want to see happen in the industry — less availability and higher prices — are going to be the results of policy and coming out of COVID.”

Rep. Katherine Clark is introducing a bill called the Child Care is Infrastructure Act that would invest $10 billion over the next five years to help childcare centers weather the necessary changes to reopen safely during the pandemic. Some of the regulations were also eased on Tuesday, returning to the pre-coronavirus 10-to-1 student teacher ratios as opposed to mandating a 10-to-2 ratio.

Still, Vuk expects daycares to take a serious hit. In order to reduce transmission, teachers won’t be allowed to float between classrooms to give each other lunch and bathroom breaks, and parents won’t be allowed in the classroom at all. This means that many daycares will still have to staff at a 10-to-2 student to teacher ratio to keep teachers from having to work nonstop, all day. The Daycares United survey also reported that 44 percent of programs are going to have to reopen with dramatically reduced schedules and enrollment in order to compensate for the higher expenses and lost income, and stay in business.

“The restrictions are reasonable from the standpoint that protecting the health of our children and staff, which should be our top priority,” said Lauren Cook, CEO of Ellis’ Early Education Center in Boston. “However, from a business perspective, the costs of adhering to the requirements are unsustainable.”

Jessica De Jesus Acevedo, the owner of Little Star of Ours in Cambridge, put it more bluntly, “How are we going to pay for rent with half of the income?…It doesn’t make sense.”

Of course, all of this is dependent on the facilities actually getting approval to reopen. Some childcare providers have been unable to complete their reopening plans (which opened for submissions on Monday) for the EEC’s review.

“The field is mired in the muck of the EEC’s messy, confusing rollout of the most ill-conceived plan they’ve put out to date,” said Sally Egan, who runs Sally’s Little School in East Falmouth. “We educators cannot submit plans — our licensors refuse to take them. We are waiting for the EEC to figure out how to release a template for us to fill in. Then they have to let us submit the filled in templates. Then they have to review them.”

Providers are frustrated and nervous about reopening — which will begin on June 29 — but they’re also looking forward to seeing the kids again. Robinson says her teachers are looking forward to returning to work. Because of the reduced capacity, the Romper Room staff will be working half days.

“They’re excited about coming back into the new space. They’re okay for now working half days because they know that they can supplement it with unemployment,” said Robinson. “Once that extra bonus $600 goes away, things are going to look very different.” 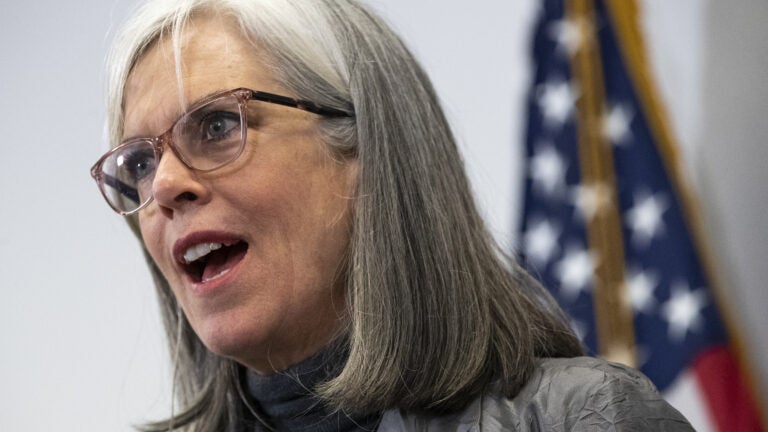