NEW YORK — New York City’s ambitious contact-tracing program, a crucial initiative in the effort to curb the coronavirus, has gotten off to a worrisome start just as the city’s reopening enters a new phase Monday, with outdoor dining, in-store shopping and office work resuming.

The city has hired 3,000 disease detectives and case monitors, who are supposed to identify anyone who has come into contact with the hundreds of people who are still testing positive for the virus in the city every day. But the first statistics from the program, which began June 1, indicate that tracers are often unable to locate infected people or gather information from them.

Only 35% of the 5,347 city residents who tested positive or were presumed positive for COVID-19 in the program’s first two weeks gave information about close contacts to tracers, the city said in releasing the first statistics.

Contact tracing is one of the few tools that public health officials have to fight COVID-19 in lieu of a vaccine, along with widespread testing and isolation of those exposed to the coronavirus. The early results of New York’s program raise fresh concerns about the difficulties in preventing a surge of new cases as states across the country reopen.

The city has successfully done contract tracing before with diseases like tuberculosis and measles. But as with much involving the coronavirus outbreak, officials have never faced the challenge at this scale, with so many cases across the five boroughs.

The city’s program has so far been limited by a low response rate, scant use of technology, privacy concerns and a far less sweeping mandate than that in some other countries, where apartment buildings, stores, restaurants and other private businesses are often required to collect visitors’ personal information, which makes tracking the spread easier.

China, South Korea, Germany and other countries have set up extensive tracking programs that have helped officials make major strides in reducing the outbreak. In South Korea, for example, people at weddings, funerals, karaoke bars, nightclubs and internet-game parlors write down their names and telephone numbers so they can be traced later.

Dr. Ted Long, head of New York City’s new Test and Trace Corps, insisted that the program was going well but acknowledged that many people who tested positive had failed to provide information over the phone to the contact tracers or left interviews before being asked. Others told the tracers they had been only at home and had not put others at risk, and then did not name family members.

Long said one encouraging sign was that nearly all the people for whom the city had numbers at least answered the phone. He added that he believed that the tracers would be more successful when they start going to people’s homes in the next week or two, rather than just relying on communication over the phone.

“I do think that the program, especially because it is only two weeks old, is doing an outstanding job,” he said.

The city has made major strides in reducing the outbreak since the shutdown began in March, with only 327 new cases reported Thursday, down from several thousand cases a day during the peak. But phase two of the reopening Monday presents new risks, with 300,000 people likely returning to their jobs.

Perry Halkitis, dean of the School of Public Health at Rutgers University, which is guiding an effort to bring on thousands of tracers in New Jersey, called New York City’s 35% rate for eliciting contacts “very bad.”

“For each person, you should be in touch with 75% of their contacts within a day,” he said.

He suggested that the poor showing stemmed in part from the inexperience of the contact tracers and insufficient hands-on training.

Across the world, authorities have rushed to set up contact-tracing programs, hiring hundreds of thousands of people, including many without experience doing such work. While the goal is to reach all of a sick person’s contacts and get them to effectively quarantine for two weeks, the reality is often much messier.

In Massachusetts, which has one of the most established tracing programs in the country, health officials said in May that only about 60% of infected patients were picking up the phone. In Louisiana, less than half were answering. In England, the program has struggled to show results with a low-paid, inexperienced workforce.

An increasing number of countries are using phone applications to help track and trace people who test positive. Several U.S. states, including North Dakota, that have tried using digital applications have run into privacy issues.

But in New York, as in most of the country, contact tracers are typically using only low-tech tools like phone calls and a questionnaire, in part to allay privacy concerns.

The tracers are seeking the names and phone numbers of each person a confirmed-positive patient has been in close contact with from a few days before the onset of symptoms, defined as within 6 feet for at least 15 minutes. Each contact is then called, told that he or she may have been exposed to the virus and asked to quarantine.

The relative silence from virus patients in New York City is one of several issues troubling the contact-tracing program.

Mayor Bill de Blasio, who has had tense relations with senior officials in his own Department of Health, stripped the department of oversight for the program in May, moving it under the umbrella of the city’s public hospitals agency. That has led to concerns among some former health officials that expertise would be lost in the process.

Long said 50 experts from the Department of Health — the city’s contact tracers before COVID-19, who have handled epidemics such as measles and Ebola — are guiding the work of the tracing corps but are not tracing themselves.

Long is a primary care physician and vice president of ambulatory care at the public hospitals corporation. The Health Department’s tracing effort was led by epidemiologists.

“I challenge anyone to show me how we are not collaborating,” he said of the relationship between the two agencies. “They have been nothing short of partners.”

The city has had more success with its testing program, which is ahead of schedule, with a target of 50,000 tests per day expected to be reached in July instead of August, officials said.

But an initiative to set aside hotel rooms for people who have tested positive to isolate from families is not popular. Although the city rented 1,200 hotel rooms for free use by virus patients, only 60 to 80 rooms have been occupied in recent weeks, city officials said. And in the 2 1/2 weeks since tracing began, only 40 patients have requested rooms through the tracing program, Long said.

More than 1,000 virus patients have instead asked for support to isolate at home, such as assistance with grocery and medicine deliveries, because they preferred to remain with their families, he said.

In an effort to build a connection between contacts and tracers, half of all tracers hired live in communities hard-hit by the virus, which are predominantly black and Hispanic, Long said.

Sivanthy Vasanthan, 23, who just graduated from Columbia University’s Mailman School of Public Health, said recruiters reached out to her based on her LinkedIn profile, which emphasizes her interest in public health and human rights.

After about two weeks of training, Vasanthan, who lives in Manhattan’s Washington Heights neighborhood, began calling positive patients just over a week ago.

“Most of the people who I have talked to have already been aware of their test results and have been at home,” she said.

The city gave no metrics for whether it was successfully persuading those contacted to get tested or to quarantine.

Experts said that while tracing in the city was not where it should be, the program was clearly beneficial and should push forward.

“It’s tough to look at these numbers and say it’s a roaring success,” said Dr. Crystal Watson, an expert on contact tracing at the Johns Hopkins Bloomberg School of Public Health. “But I do think it is a beginning and it will build on itself.”

Halkitis at Rutgers said he thought the low cooperation rate was likely due to several factors, including the inexperience of the tracers; widespread reluctance among Americans to share personal information with the government; and de Blasio’s decision to shift the program away from the city’s Department of Health.

“You have taken it away from the people who actually know how to do it,” he said. “The DOH people, they are skilled. They know this stuff.”

On Tuesday, the city laid out strategies to close the gap in tracing. For the 15% of positive cases that have come in without an accurate phone number, Long said, tracers have begun reaching out to doctor’s offices and doing database research to get that information.

And for people who have tested positive and are unresponsive to phone calls, field workers like Daniel Okpare, a public health student in East Harlem, will soon try to interview them in person.

Okpare, 30, is still in training but has been told he will mostly be visiting patients in Harlem, near where he lives. He said he hoped his background as a former podiatry student who is enrolled in New York University’s School of Global Public Health, as well as his being an immigrant from Nigeria, would help put people at ease.

Wearing personal protective equipment and carrying a city-issued iPad and a cellphone, he will be working alone while knocking on doors.

“It’s an opportunity to be part of the front line of response as a public health professional,” he said, “to have eye contact with someone to say, ‘Yes, you have COVID, but we are going to find every way possible that you will be safe.’” 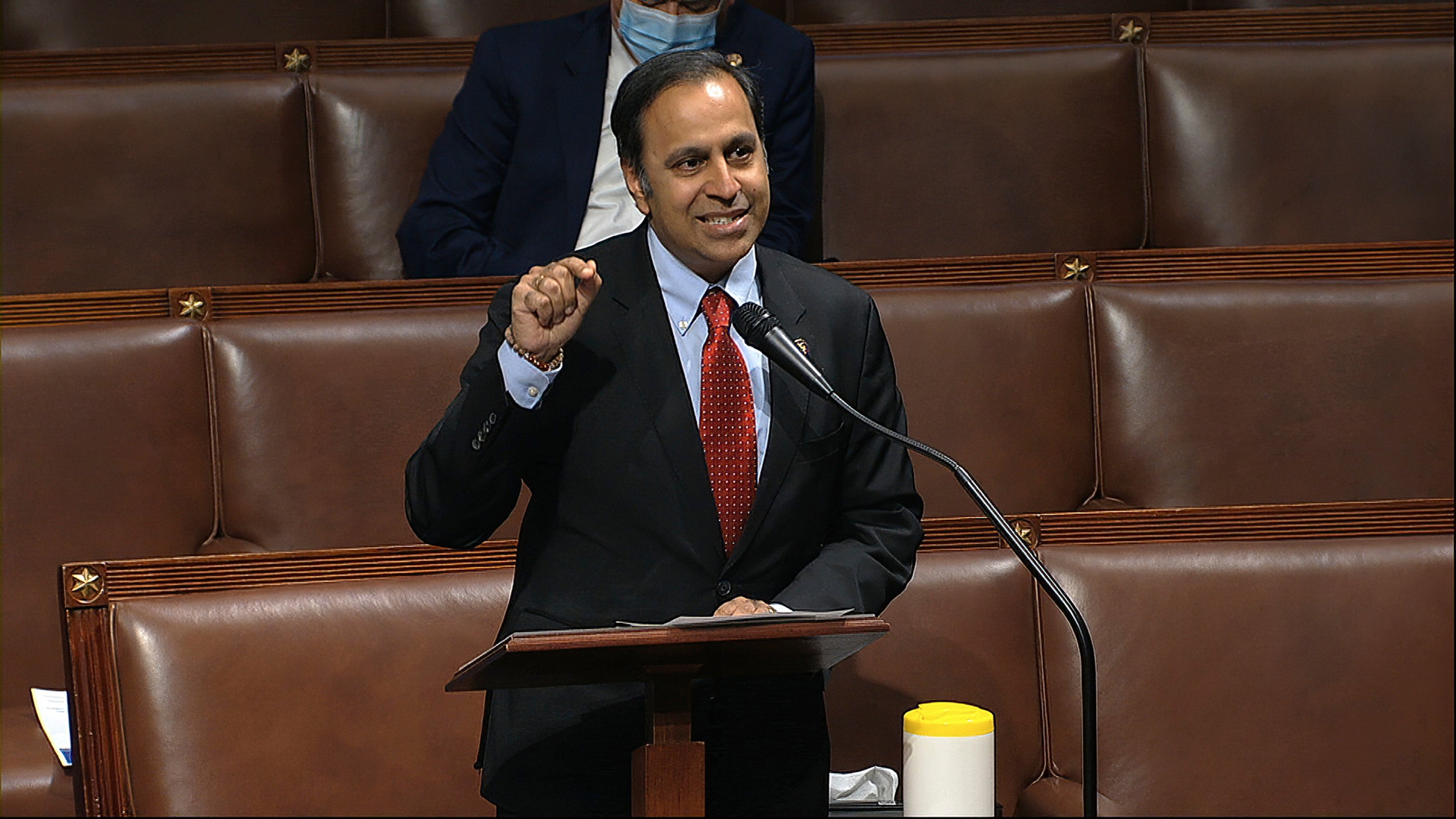