Dozens of people stood outside the now-shuttered Prime Fitness and Nutrition in Oxford Saturday demanding the reopening of the gym.

After reopening on May 18 and defying the state’s reopening plan — which has gyms scheduled to reopen in Phase 3, which could begin early next month — the town cut the business’s water and electricity on Thursday following a court order that allowed it to take measures to close the business. Later that day, the locks were changed.

“We need to get gyms open in Massachusetts as well as other small businesses,” Prime owner Blondin said during a segment of “Fox & Friends” on Saturday prior to the protest. “I think they completely crossed the line with locking me out of my own business, not only just the gym business, but I actually have two businesses in that facility that they locked me out of.”

The other business offers nutritional needs, as noted in the segment.

Blondin  — who sported a “MY GOVERNOR IS AN IDOT” t-shirt during the protest — has racked up fines since the reopening. The town has issued $300 per day fines for “quite some time,” according to the town’s attorney, Mark Reich. Those went up to $1,000 a day a week ago Friday. Plus, Blondin is responsible for the town’s legal and court fees.

“We are seeking to protect public safety,” Reich said last week. “The reality is, we’re in a state of emergency … Yes, it’s costing him money, but he’s creating a serious threat to public health and safety. That’s not an issue of dollars and cents.”

Here are some photos from the protest: 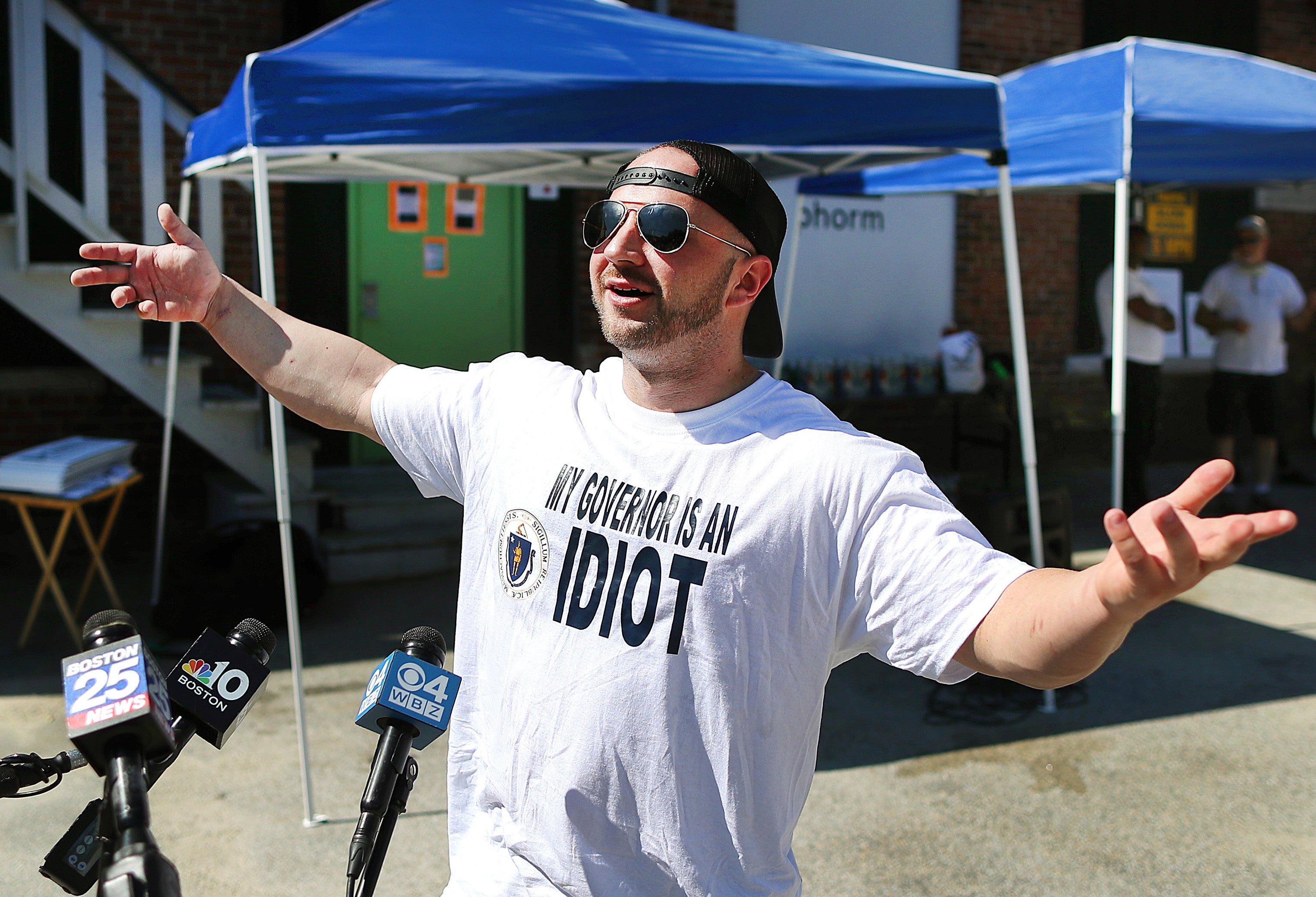 Prime Fitness and Nutrition owner Dave Blondin speaks to the media outside his locked building before a protest was held in front of the building Saturday morning. Several dozen people, including members, held signs and stood in support of owner Blondin after he had his doors locked by a Worcester Superior Court judge because he kept his facility open despite the rules for COVID-19. 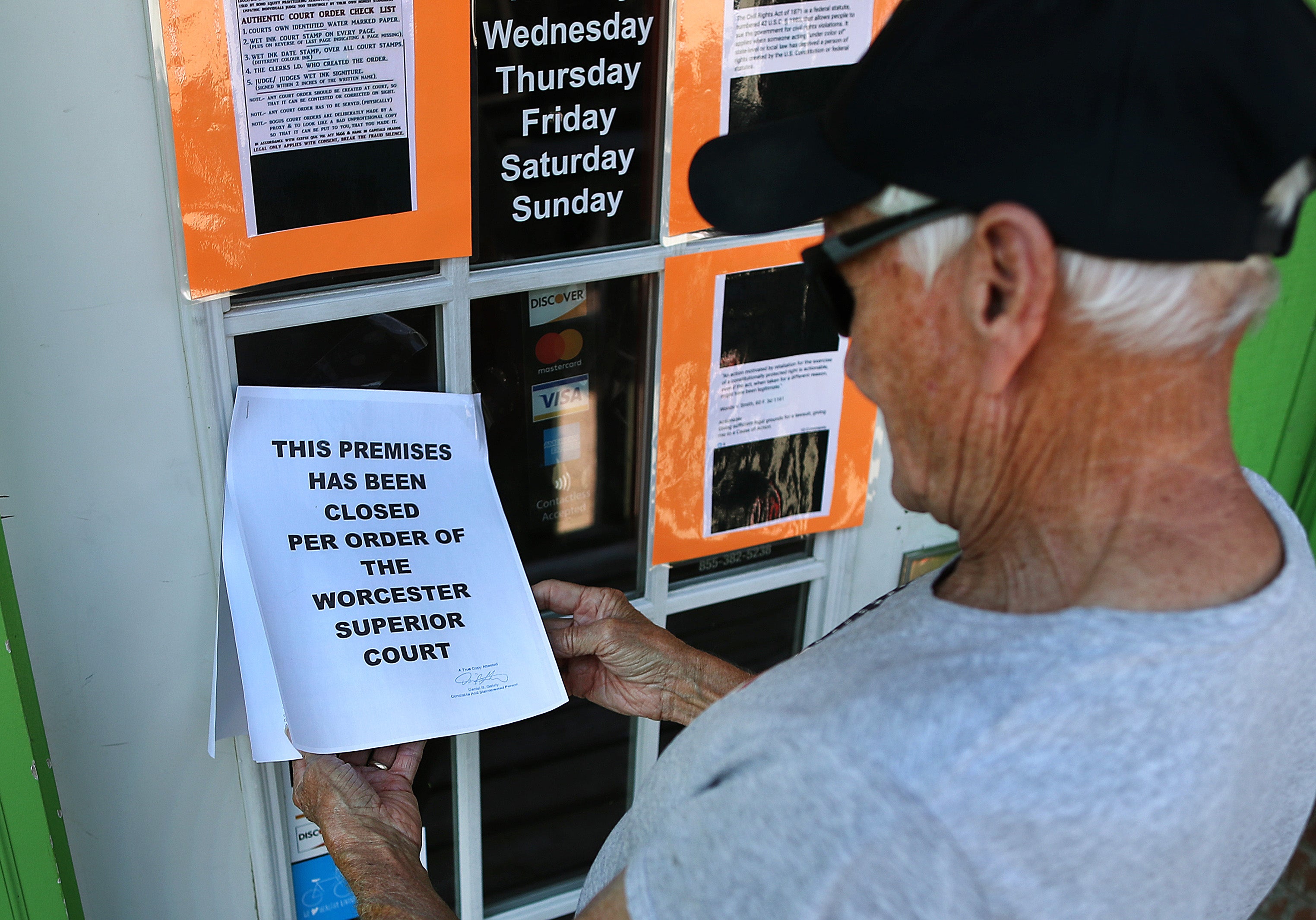 Prime Fitness and Nutrition held a protest rally in front of their building Saturday morning. 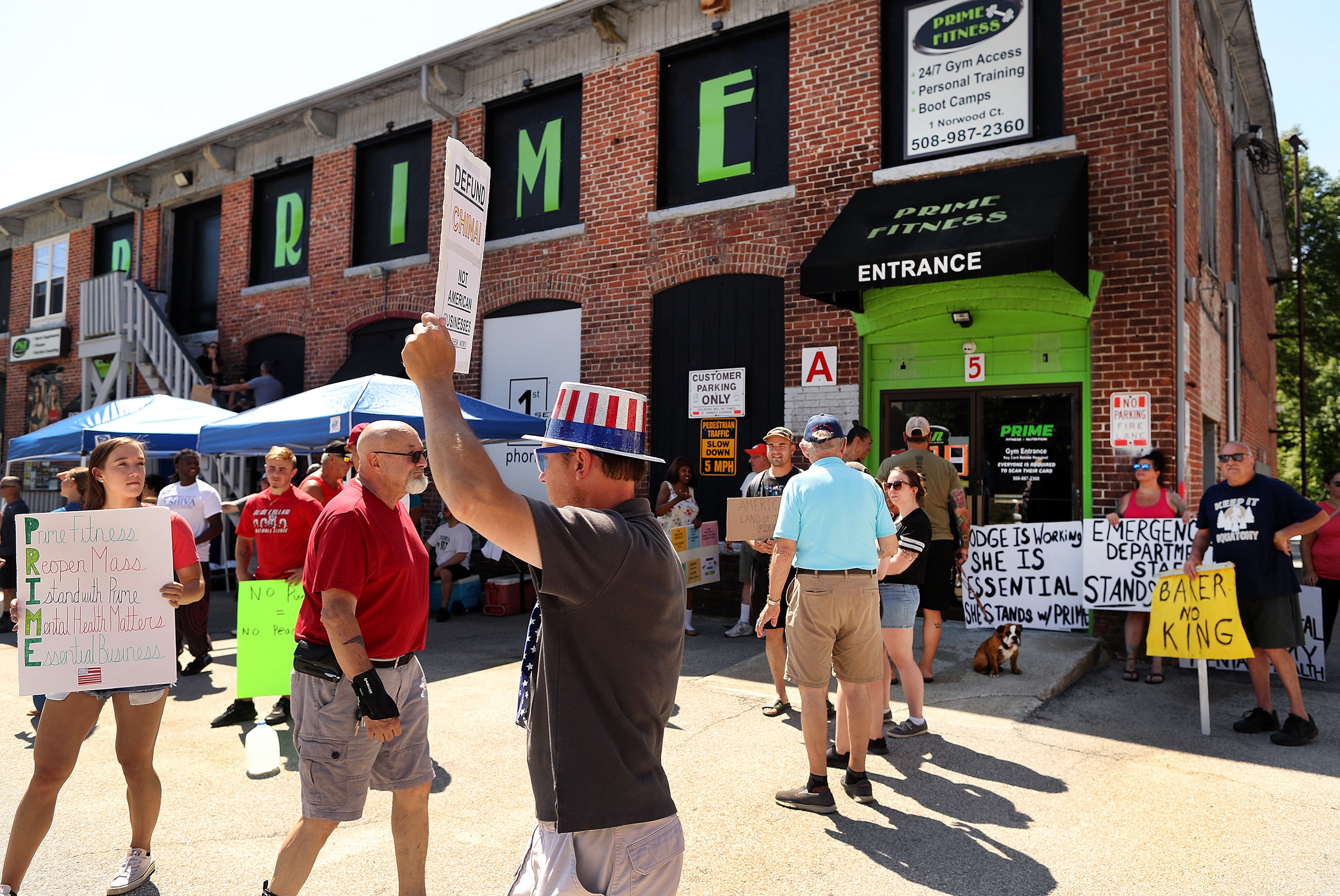 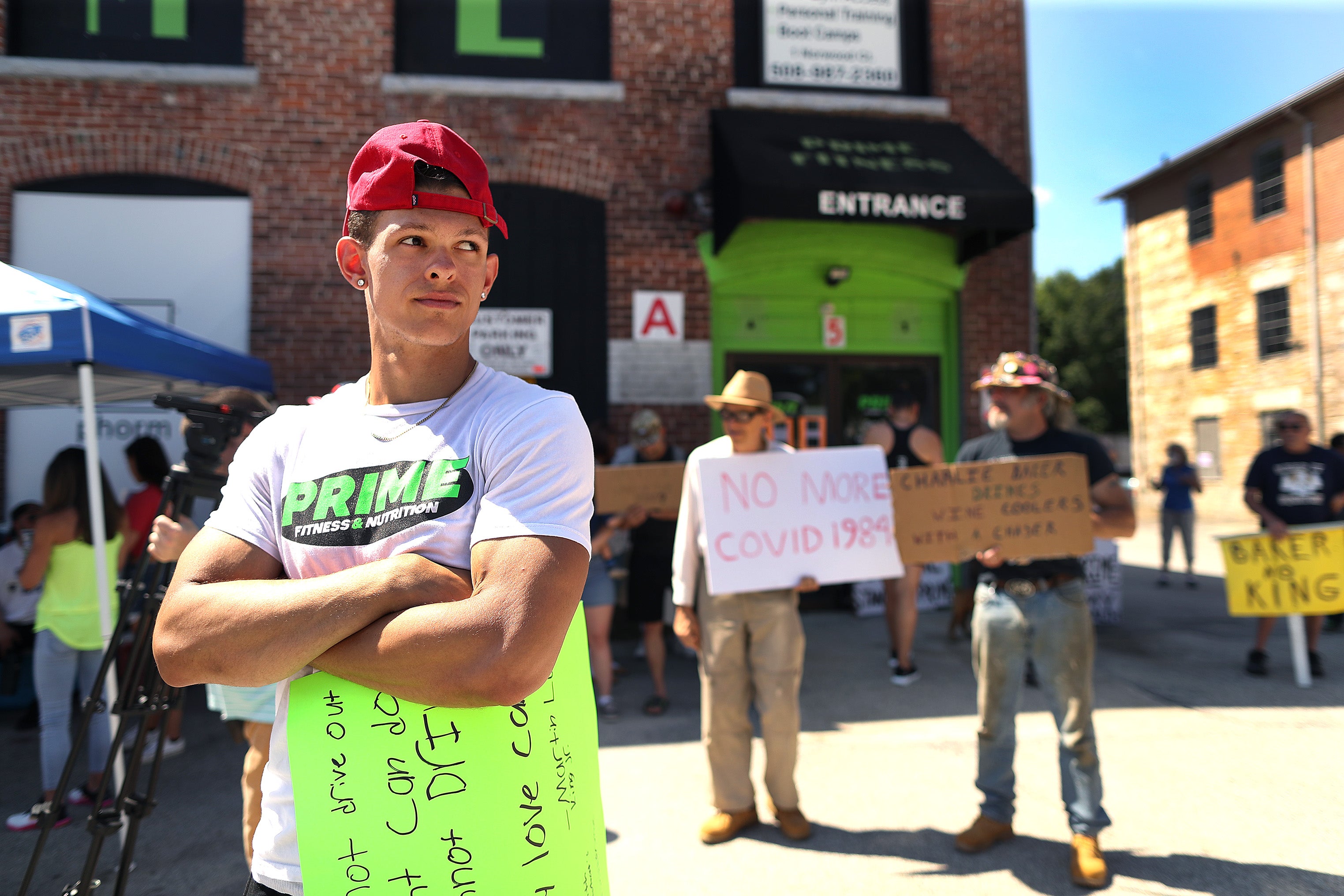 Dylan Paronto of Webster, a member for two years, stands outside with several dozen other people who held signs in support of Prime Fitness and Nutrition in Oxford. 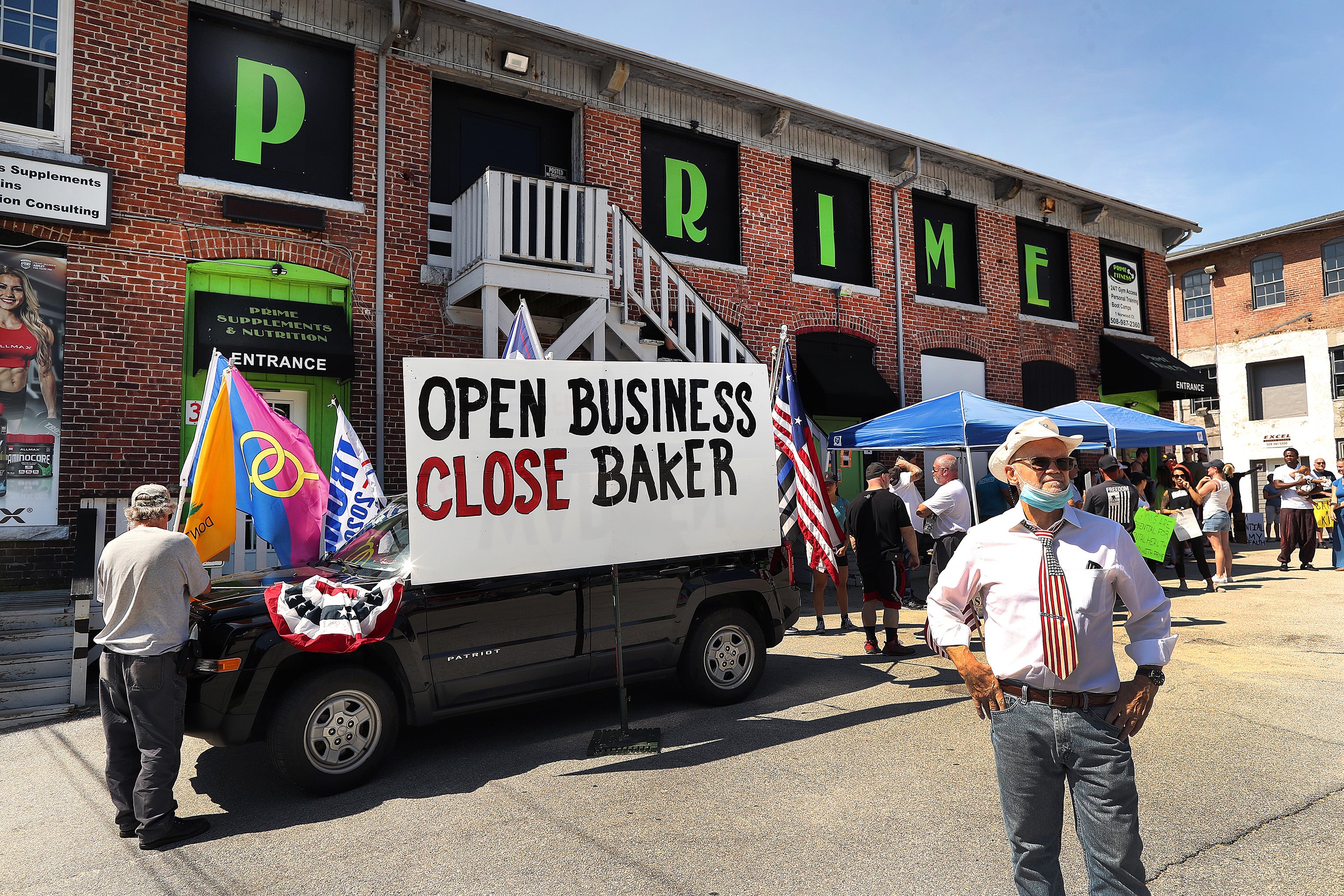 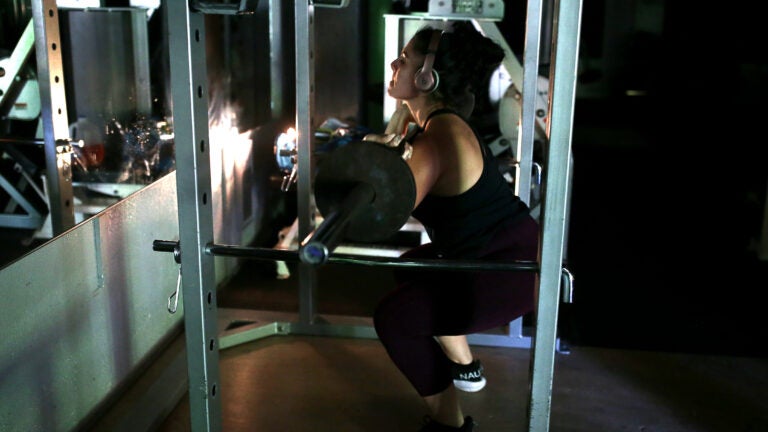 Electricity, water shut off to Oxford gym that has continually defied state order