Followings weeks of massive protests in the wake of the killing of George Floyd, several hundred demonstrators in Massachusetts have tested positive for COVID-19.

But given the size of the gatherings, Gov. Charlie Baker said Tuesday that officials are pleased with those results.

Massachusetts launched more than 50 free pop-up testing sites last week for people who had recently participated in a large gathering, given the elevated risk of the coronavirus spreading through large crowds.

During a press conference Tuesday morning, Baker said that 17,617 tests were conducted over the two-day period and that 2.5 percent came back positive for COVID-19, which he noted was a rate that is “reasonably consistent” with the statewide numbers. As of Monday, the state’s seven-day average positive COVID-19 test rate was 1.9 percent, down 93 percent from mid-April.

While the governor did not provide a specific number of positive tests Tuesday, the percentage suggests that roughly 440 people who recently went to one of the gatherings subsequently tested positive.

“We’re obviously pleased to see that the percentage of positive tests was quite low considering the frequency and the size of those demonstrations,” Baker said, who also noted the “vast majority” of protest participants wore a face covering.

“In many cases, they were moving, which I think made a big difference,” he added. “And of course, they all took place outside, which we all agree is a far safer environment than indoors.”

The results of the tests come amid evidence that Massachusetts has the lowest COVID-19 transmission rate of any state in the country, according to public tracking data.

Despite earlier concerns from Boston Mayor Marty Walsh that the protests might contribute to a “second surge,” city officials announced last week just 14 of 1,288 people tested positive for the coronavirus at a similar temporary site in Roxbury that was aimed at those who demonstrated following Floyd’s killing by police in Minneapolis.

Still, officials have continued to advise individuals against gathering in large groups where they can’t stay at least six feet away from one another.

Baker said Tuesday that he was encouraged that key coronavirus metrics — from positive test rates to hospitalizations due to the disease — have continued to decline in Massachusetts, even as cases surge in southern states that were initially less hard hit by the pandemic and eased restrictions earlier in the spring.

This week, Massachusetts began the second step of Phase 2 of the state’s reopening plan, which allows indoor dining and several other close-contact businesses to resume.

“We do believe part of the reason we’ve been successful so far with our reopening strategy is due to the work and the efforts of everyone here in the commonwealth to do the things that make a difference to contain the spread of the virus,” Baker said. 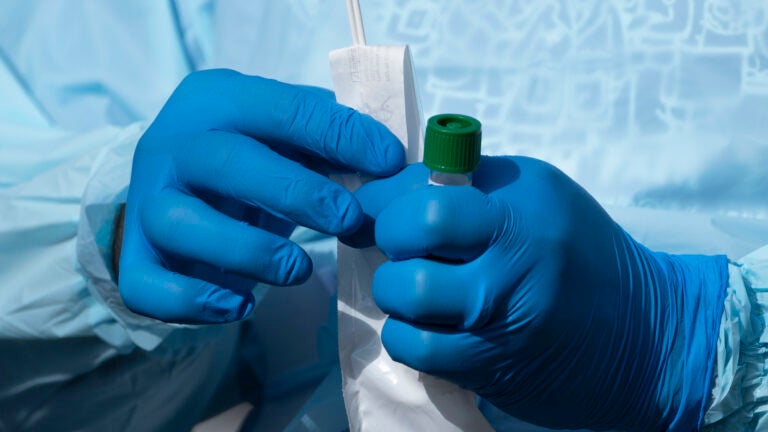 A ‘second wave’ of coronavirus cases? Not yet, experts say