SAN ANTONIO – Texas and Florida – whose leaders were praised by President Donald Trump for being among the first to end coronavirus restrictions – abruptly reversed course Friday as virus infections soared to record levels, slamming the door shut on bars and imposing other measures in a bid to contain the pandemic.

Both states are backtracking amid a crisis of rising hospitalizations and skyrocketing infection rates. Texas Gov. Greg Abbott, a Republican, ordered bars to close and restaurants to reduce occupancy, and he gave local governments authority to ban outdoor gatherings of more than 100 people. The changes came as statistics show 1 in 10 Texans tested is positive for the novel coronavirus and the state’s largest hospital is at capacity in its intensive care unit.

In Florida, Gov. Ron DeSantis, a Republican, ordered bars to close immediately Friday because of “widespread noncompliance” with rules regarding capacity and social distancing. The surprise announcement came as state health officials reported a record 8,942 infections Friday. Average cases are up nearly 77 percent from a week ago.

In Texas, the current surge of cases reflects the activity of recent weeks, including Memorial Day gatherings and summer activities that were permitted under Abbott’s reopening plan, which began May 1.

The county, which includes Houston, leads the state in infections and is reaching maximum hospital capacity. Texas Medical Center, the state’s largest hospital, had 100 percent of its ICU beds occupied Friday. The county elevated its color-coded threat meter to its highest level on Friday.

“Consider us the canary in the coal mine. You can look at what is happening here and know there are no shortcuts for getting around the crisis,” Hidalgo said.

New York officials have begun to contact Arizona, Florida, Texas and other states where coronavirus cases are swelling, Gov. Andrew Cuomo, a Democrat, told reporters Friday. Jonah Bruno, a spokesman for the state health department, said his state would be able to provide “equipment, ventilators, staff, our experience and knowledge, whatever they need.”

New York’s largest hospital system, Northwell Health, which by early May had discharged more than 10,000 coronavirus patients, will begin polling its employees next week to see whether they can be deployed in other states. It would be the return of a favor, of sorts: Clinicians from as far away as Salt Lake City traveled to New York to help this spring, said hospital spokesman Terry Lynam.

Other municipalities halted reopenings Friday. California Gov. Gavin Newsom, a Democrat, ordered Imperial County, where cases are skyrocketing, to shut down. San Francisco Mayor London Breed is temporarily delaying the reopening of businesses because of a rise in cases, as is Marin County to its north. Miami-Dade County Mayor Carlos Giménez plans to sign an emergency order closing all beaches from July 3 to July 7.

In Washington, Vice President Mike Pence attempted to put a positive spin on the situation, claiming “remarkable progress” despite a surge in cases.

“As we stand here today, all 50 states and territories across the country are opening up, and safely and responsibly,” Pence said.

At the same time, Abbott and DeSantis announced they would reverse course. The governors – both prominent supporters of Trump – had moved swiftly to lift lockdowns, even as some local leaders pleaded with them to keep restrictions in place.

Squeezed by pressure from the conservative wing of his party, skyrocketing unemployment numbers and the business sector, Abbott reopened most of Texas’s businesses, with adapted safety measures, by mid-to-late May – but he bypassed the metrics he established as crucial thresholds to dictate the pace.

The governor warned repeatedly that if numbers began to surge, his administration would rethink the reopening. In an interview Friday with KVIA, Abbott said he regrets allowing bars to quickly reopen.

“If I could go back and redo anything, it probably would have been to slow down the opening of bars,” he said, adding the “bar setting, in reality, just doesn’t work in a pandemic.”

Leaders of the state’s population centers warned the reopening was too abrupt. Hidalgo was one of the earliest elected officials to threaten constituents with jail time if they did not comply with a mandatory mask ordinance. The Abbott administration quickly banned local governments from imposing penalties on people who violate mask or social distancing orders.

As the state reopened, life in Texas began to return to some kind of normal – as epidemiologists were starting to see a gradual uptick in cases. As Texas families flocked to swimming holes, young adults imbibed happily at their favorite honky tonks and public parks flourished with big family cookouts, the numbers climbed. Individual Texans, confused by mixed messaging, judged their own risks but little stopped them from behaving as they wanted.

“All of this was predicted and is predictable,” said Peter Hotez, dean for the National School of Tropical Medicine at the Baylor College of Medicine, “given the fact we relaxed social distancing before modelers said we could do it without putting in place a public health response that was commensurate with the economic recovery.”

Now, hospital beds are filling so rapidly in cities such as Austin, Dallas, Houston and San Antonio that the governor has called on them to stop elective surgeries, said Diana Fite, president of the Texas Medical Association.

Those hospitals still have some capacity – and they could add space, such as surge beds in stadiums, which were established in the spring but closed because they were not needed, she said.

Kim Smith, a nurse in the intensive care unit at Doctors Regional in Corpus Christi, said the acute care hospital is nearing capacity for covid-19 patients with about 29 people confirmed or under investigation for infection. Negative pressure rooms to house these patients are in short supply, she said.

“I’m feeling undervalued, honestly,” she said. “We’ve had warning down here for two months now, we’ve known it could come.”

A few weeks ago, officials in Bexar County, where San Antonio is located, rewrote their mandates to require masks for businesses – not people – to get around the governor’s order. Abbott, in turn, told a Waco television station that they had “finally figured” out how to do it. The governor has urged Texans repeatedly to follow masking and social distancing guidelines, but in an advisory, not mandatory, approach.

Jennifer Nuzzo, an epidemiologist at the Johns Hopkins Center for Health Security, said that any state that wants to lift restrictions needs sustainable strategies, such as staying home when possible, mask wearing and contact tracing to prevent an acceleration in cases.

“That seems to be where Texas is heading, unfortunately,” Nuzzo said, adding that the virus has not disappeared.

“If you don’t have interventions in place, you are going to go right back and possibly be worse off. People are tired and bored and want to move on. But this is going to last until we have a vaccine,” she said.

John Henderson, CEO of the Texas Organization of Rural and Community Hospitals, said much of the rural part of the state has so far been spared the worst of the virus, with infections centered around prisons, meat packing plants and nursing homes.

But he knows that may soon change, straining staff and equipment, including ventilators.

“Hospital admissions are a lagging indicator of the trouble we have ahead,” said Henderson, who believes the reopening was too fast, though he stopped short of critiquing the governor, saying that Abbott had to navigate a difficult balancing act.

“Most Texans I deal with aren’t even really listening anymore. They do what they are comfortable doing and suffer the consequences, in some cases,” Henderson said. “Texas is pretty independent. It’s not just the governor’s orders.”

The coronavirus swept through Laredo this spring, shutting down the bustling border that connects the city to Nuevo Laredo, Mexico, across the Rio Grande. An asymptomatic patient visited the city’s largest hospital, the 326-bed Laredo Medical Center, in early March, triggering an outbreak in which more than 100 of the hospital’s 1,200 workers tested positive.

In mid-March, the city council approved what were among the most stringent lockdown restrictions at the time in Texas and was the first in the nation to mandate face coverings. By late April, admissions to the hospital had dwindled.

“We were down to nothing. We thought it was over,” said Ricardo Cigarroa, a Laredo Medical Center cardiologist. The hospital resumed elective surgeries on May 7. Two weeks ago, Laredo’s restaurants and bars reopened.

“There was no social distancing,” Cigarroa said. “Three hundred people were packed into small bars and they were enjoying themselves.”

Coronavirus cases surged this week, jumping from three to 14 covid patients in the Laredo Medical Center’s ICU. The hospital has 20 ICU beds available, but only enough staff for 14, Cigarroa said. Twelve of those patients are on ventilators.

Fourteen other patients are in “step down” beds, for covid-19 patients not sick enough for the ICU but too sick to go home. Excess patients have been sent to the nearby Doctors Hospital of Laredo, Cigarroa said.

The March crush sent elderly patients to the hospital, but the new wave of patients are younger, between 18 and 40. Cigarroa said he suspects they were clientele at the reopened establishments. Bouncers at bars have also been infected and are now intubated. He hoped the outcomes for the younger patients, with stronger immune systems, would be better.

The hospital has sufficient protective equipment but remains understaffed, so the state sent 20 additional nurses, who arrived early Wednesday.

“We were just crushed with covid admissions,” Cigarroa said. “In essence, we are full, we are at capacity.”

In the border community of Cameron County, home to South Padre Island, a summer party destination, officials there have watched their cases nearly quadruple, from 569 in mid-May to 1,972. Fifty-two people have died.

“The projections are such that we should be concerned” over the coming weeks, said Cameron County judge Eddie Treviño Jr. during a news conference Friday. He amended an emergency order last week to require facial coverings. “We need everybody to please, please start doing their part.” 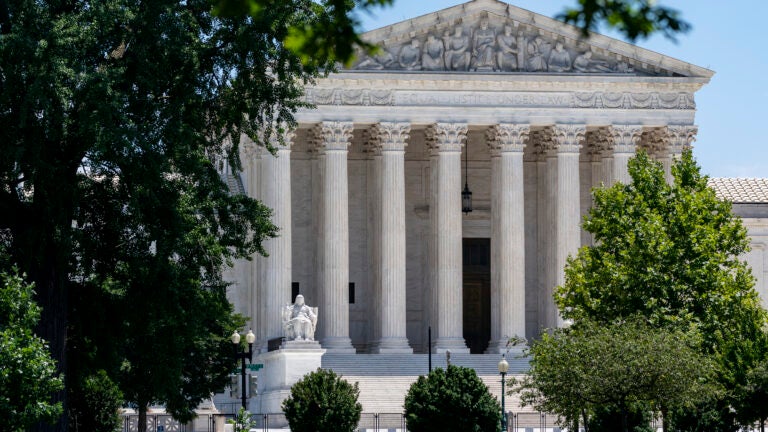