MIAMI — John Delgado has slept in a tent in his backyard for 57 nights and counting.

As the inventory manager of Farm Share, an immense South Florida food bank, Delgado, 51, finds himself holding his breath under his face-covering as he speaks to the many clients who come in without masks, for fear that coronavirus particles will seep through the fabric.

Because he interacts with the public every day, Delgado sleeps outdoors to avoid contaminating his wife, aging mother-in-law, three sons and grandson. At night, he sometimes peeks through the window to watch his wife sleep. By day, he does socially distanced yard work with his sons.

“I want to sleep in my house, sleep in my bed,” he said. “I want to hug my wife, my children, grandson, and want to go out to the community not feeling like I’m in ‘The Walking Dead,’ where I’m going to be attacked by a zombie. I want to live. Right now, I don’t feel like I’m living.

“How long is this going to be?”

On Saturday, for the second straight day, Florida crushed its previous record for new coronavirus cases, reporting 9,585 infections. Another 8,530 were reported Sunday.

The closest hospital to Delgado’s house in Homestead, 40 miles south of Miami, is nearing capacity as COVID-19 cases soar. The situation in Miami is equally serious: One-third of all patients admitted to the city’s main public hospital over the past two weeks after going to the emergency room for car-crash injuries and other urgent problems have tested positive for COVID-19.

Six-hour lines formed in Jacksonville over the weekend as thousands of people flocked to get drive-thru tests. Orlando has seen an explosion of coronavirus: Nearly 60% of all cases diagnosed in that county came in just the past two weeks.

Much of Florida’s new surge in cases appears to follow from the reopening of beaches, bars, restaurants and other social activities. The state’s beaches are full and throngs of revelers pack its waterways on boats.

Many people have had enough of staying inside, feeling trapped and scared. As fear subsided, coronavirus grew.

Florida now joins South Carolina and Nevada among the states that broke daily records over the weekend.

“I’m one of the people who contributed to the 9,000-person day,” said Ian Scott, a 19-year-old college sophomore in Orlando who tested positive Friday. He has no idea how he got it.

Scott said that for young people, getting tested has become an amusing pastime. They challenge each other to see who can get the nasal swab test without crying. About half of his fraternity has tested positive.

Scott barely felt sick, and was fine by the time the test results came back. Patients like him could help account for the fact that while Florida’s daily case count has increased fivefold in two weeks, the rate of deaths has not increased so far. State records show that hospitalization rates have inched up but are not at crisis levels.

Gov. Ron DeSantis said more COVID-related fatalities in the state had been people over 90 than people under 65.

The median age of new coronavirus patients is now 36, the Department of Health said.

“Those groups are much less at risk for very serious consequences,” DeSantis said of younger patients. But they can spread the virus to their older relatives and others who are medically vulnerable without even realizing it, he stressed.

Officials have done little so far to halt public interactions. The mayor of one affluent Miami suburb implored residents this week to stop throwing house parties. On Friday, state officials prohibited the sale of alcohol in bars. Miami-Dade and Broward counties chose to close their beaches for the busy Fourth of July weekend.

DeSantis said the surge of new cases can be attributed to the huge numbers of tests results that are coming in each day. But he acknowledged that since the second week of June, the share of tests coming back positive has been creeping upward. That trend coincided with the reopening of the economy, and also the onset of recent street protests.

Statewide, about 20% of people ages 25 to 34 are testing positive, he said at a news conference Sunday.

He said the risk has also increased as temperatures outside rise and people seek relief in the air conditioning.

“As it gets warmer in Florida, people want to beat the heat,” he said. “They are more likely to do that indoors, in closed spaces. That is going to increase the risk of transmission of the coronavirus.”

Florida public health experts worry that the surging case numbers will lead to a crush of hospitalizations and, eventually, of deaths.

“We know that there’s a lag,” said Natalie E. Dean, an assistant professor of biostatistics at the University of Florida.

Even though young people are less likely to have severe cases, the long-term consequences of COVID-19 infection among the young are still unknown, she said. “Some people do get pretty sick,” she said. “Even what’s classified as a mild disease, some people really get the wind knocked out of them for a week.”

Mariely Ferraro, 40, a heart-monitor technician who lives in Orlando, caught COVID-19 seven weeks ago and has been unable to shake it.

“I think the situation in Florida is scary,” she said. “The numbers are climbing, and the numbers are scary. I wish there was a way that it could be explained. If there were 9,000 people in one day, are they symptomatic? Do they have fevers? Are they sick?”

Ferraro’s entire family caught the virus last month, but only she is still ill. Her 13- and 14-year-old daughters had very mild symptoms, losing their sense of taste and smell for a while.

“The whole age thing is — I don’t want to say offensive, but it’s untrue,” she said. “Coronavirus is affecting everyone. People protesting the masks think it’s fake. It’s not fake. It sucks to wake up and you can’t catch your breath, or to have a headache you can’t get rid of, no matter how much Advil you take. It sucks to take a shower and fall down because you got dizzy.”

Shamarial Roberson, deputy secretary of the Florida Department of Health, said in an interview Sunday that the state is monitoring hospital admissions and intensive care units’ bed capacity and watching for problem areas.

One of them is an outbreak at a meatpacking facility in Suwannee County in northern Florida, she said.

“We are working to make sure that if we are seeing surges, that we’re in communication with those hospital systems to ensure their capacity,” she said. “I am keeping my eye on the entire state of Florida.”

Rose Castanon, 35, who works on the business side of a hospital chain in Orlando, tested positive June 18, after her gym alerted her to a fellow customer who was infected.

“I know almost 10 people that have tested positive,” she said. “All of our friends are freaking out, because it’s getting a little too close to home now.”

Jeanette Matas, a 41-year-old reading teacher in Coral Gables, had been limiting her visits to her 95-year-old grandmother, Reina L. Palacios, so as not to put her at risk. But her grandmother wound up catching the virus from her home health care attendant, a woman in her 40s. Palacios died on June 17.

“You can’t blame them for feeling trapped” Matas said of the people who had lost patience with isolation and had resumed socializing in public. “I feel like they’re stupid. They don’t realize what they’re doing. They’re only thinking of themselves.”

Now, Matas said she is conflicted about what to do with her two children when it is time for school.

“Parents are scared; teachers are scared,” she said. “I don’t know what to do. I think about it every day.” 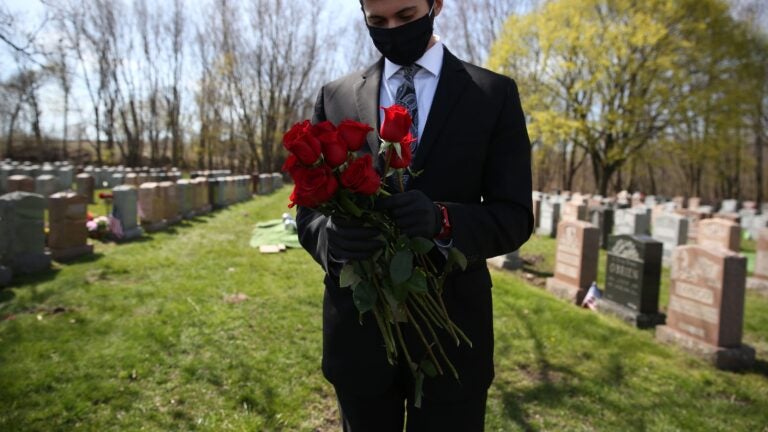