When you lose a loved one, Margretta McNally said, you can’t think straight. People often apologize, saying their thoughts are muddled and their head feels cloudy.

“And I say, ‘Hey, if anybody is entitled to be a little bit scattered right now, it’s you,’” said McNally, a funeral director at McNally & Watson Funeral & Cremation Service in Clinton.

“At a time when people have the right to be selfish when they’re grieving, they’ve been anything but,” McNally said. “While they’ve still gone through the grieving process … they’ve not wanted to put anyone else at risk and they’ve taken every precaution.”

As funeral directors have expanded from a 10-person limitation to up to 40% capacity during phase 2 of the state’s reopening plan, they reflect on what it’s been like to run a funeral home during a pandemic, from feeling a constant sense of loneliness to seeing how grateful families have been. They are also rethinking what funerals might look like going forward —  whether it’s socially-distanced visitations, livestreamed funerals, or the elimination of high-touch points.

McNally said for her funeral home, the biggest challenge the public health crisis brought was asking families to limit their services to just 10 people.

“All the time you hear families at wakes say, ‘Oh my God, last time I saw you was so and so’s wedding,’” she said. “You see people at weddings and funerals.”

But at the end of the day, she said funeral homes are charged with protecting public health, and most people have adapted to understand that.

“Have there been hard times with families having to grieve privately when they otherwise would have welcomed the masses in? Of course,” McNally said. “But on the flip side of things, I’ve also had some families say to me afterwards, ‘You know what? In the end, this ended up being perfect.’”

At the height of the surge, McNally, a third-generation funeral home director working with her parents, said she was worried about her own family’s safety. Being a wife and mother of a 4-year-old immunocompromised son, she feared she could be exposed to the virus and unknowingly bring it home.

So to avoid any risks, they opted to arrange services virtually as much as was possible and offered livestreamed funerals for family members who couldn’t be part of the 10-person limit, or couldn’t find a flight to Massachusetts in time.

“I think most of us, myself included, kind of jumped forward five years in terms of our tech offerings, in the manner of a couple weeks, just to make sure that that was available for people,” Lyons said. “I think that’s something that’s certainly not going to go away.”

He said funeral home directors are more familiar with touch than they are tech.

“By nature we’re not techy people,” Lyons said. “We’re not techies, we’re touchies. We want to help people and hold their hands, not necessarily sit at a computer.”

For him, that’s been one of the most challenging aspects of the pandemic: not being able to show empathy in the same ways as before.

“We want to reach out and hug people, and we want to talk and listen to what they have to say and tell the story about the person they lost,” he said. “All of a sudden, we really weren’t in a position where we could safely do that.”

It was most difficult for families who wanted to celebrate their loved ones with a crowd.

“One thing I noticed that really resonated right away with people was how important it really is to come together when there’s a loss,” Lyons said. “And that someone’s death isn’t necessarily a private event in many ways, because it affects their whole community.”

It also struck him how much that inability to gather stalled people’s ability to grieve.

“The loneliness that people felt is what really strikes me,” he said. “How alone people were and how alone they continue to be.”

Recently, he was talking to a family who has one member flying in from California. But the rules in churches, where they were hosting funeral services, only allow members of an immediate household to sit together. So the family member travelled from the opposite coast and had to sit alone, Lyons said, adding how devastating it is that she wasn’t able to mourn her mother with her siblings at her side.

“I think about all those people who died alone because they were in a hospital that was essentially quarantined, and only the necessary people were able to go in,” he said. “It was really a powerful time for us to be able to have those private visitations where husbands and wives hadn’t been able to see each other, because of the hospital regulations, for several weeks. And we were at least able to allow them the opportunity to say goodbye at the funeral home.”

Those moments are the ones he’ll remember the most.

Going forward, Lyons said funeral homes will look a little different: His now has hand sanitizer stations throughout the halls and 22 blue social distancing stickers placed in seven foot intervals, leading through the building’s front door and into the chapel. He said funeral homes are only holding one service at a time, and he’s generally asking families to keep services to invite-only due to the reduced capacity limit.

Lyons is also eliminating many touch points, like guest books and baskets filled with prayer or memorial cards.

It’s a hard balance, he said, noting that those items are often treasured keepsakes for families later in life.

“But at the end of the day, the more important aspect of a visitation or a wake, is that coming together and sharing memories,” Lyons said. “The storytelling time and that cathartic experience of being together with other people. And so being able to have that, even if it’s in a non-traditional way, it’s really helpful.”

McNally is taking similar precautions. “We’ve placed signage throughout the funeral home, reminding people that social distancing should be practiced and encouraging them that in lieu of a handshake or hug … direct eye contact, loving words are just as meaningful as traditional ways of offering condolences during a time like this,” she said.

Lyons said he’s grateful funeral homes have been able to manage dealing with a surge in COVID-19 deaths, keeping their staff safe from the virus, and working with families to celebrate their loved one’s lives in the most dignified way possible.

“It’s been an incredibly rewarding time to help so many people through this loss,” he said. “We feel like we’re hopefully at the tail end of this, and I look back and I say, wow, we didn’t leave anyone behind.”

And despite everyone’s losses, Lyons remembered how much love he felt alongside the loneliness.

“That tiny funeral of 10 people could still bring about an incredible moment of catharsis and healing among a family, and even sometimes maybe healing within a family — where siblings who might be estranged were able to build bridges to rekindle a relationship,” he said. “When they’re the only ones in the room, they can’t ignore each other.”

If you fit 10 people in a room and it’s filled with love, it doesn’t really matter that it’s only 10 people, Lyons said.

Lyons said there’s beauty in loyalty to rituals, too, recalling a priest’s funeral he recently arranged with only the priest’s family and the regional bishop at the graveside.

There was no funeral mass. And at the end, when normally all the priests would sing the “Salve Regina” hymn in chorus, the Regional Bishop sang it solemnly and alone.

“It was just so beautiful to still hold that custom even though it was just him,” Lyons said. “To not let that go.” 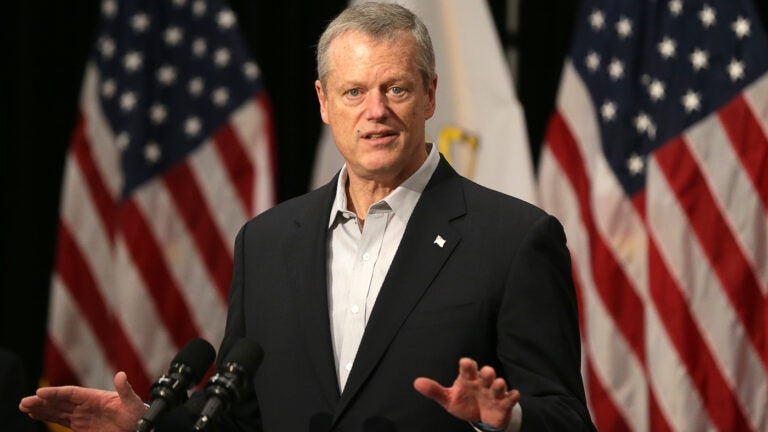